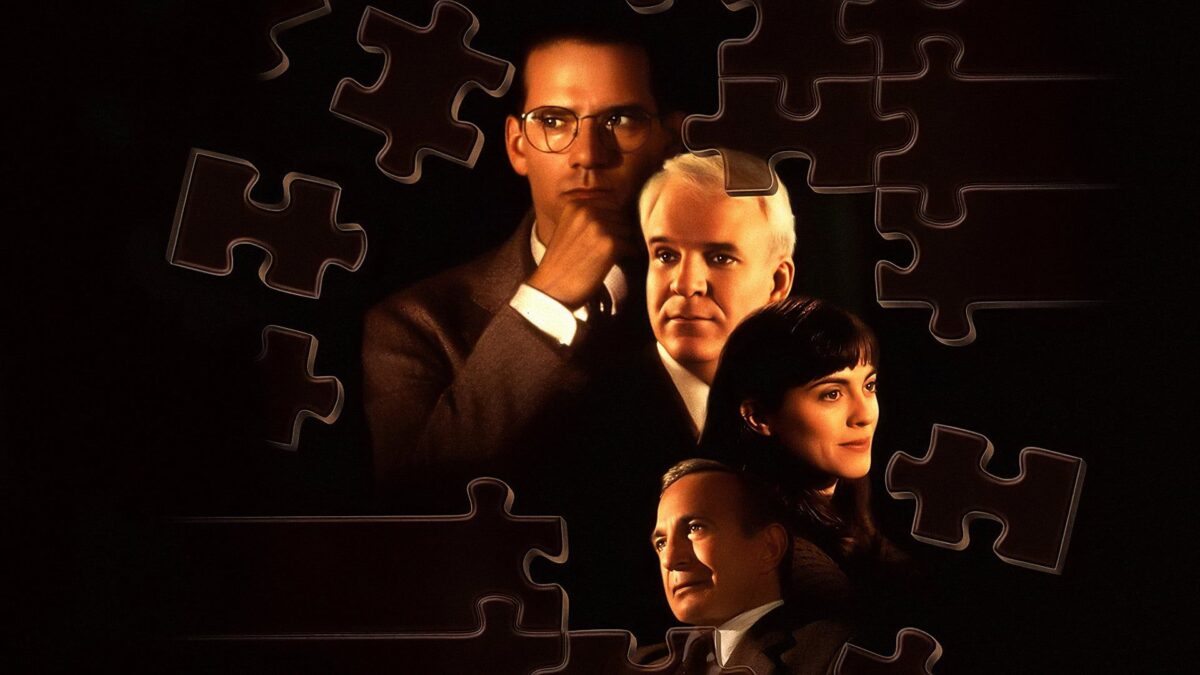 With a style so unique it bears his own name (“Mamet-Speak”), playwright-turned-screenwriter-turned-director David Mamet is best known for his machine-gun barbed dialogue, adorned with groves of carefully positioned profanity.

Although many films written by Mamet feature female characters, they are rarely the protagonists. Its strength lies in creating testosterone-infused friction between men, best exemplified in films such as “The Verdict”, “The Untouchables”, “Wag the Dog”, “Glengarry Glen Ross” and “American Buffalo”.

“The Spanish Prisoner” (TSP) found Mamet heading (if only temporarily) in a direction few could have foreseen. The pacing was slower and more deliberate, the dialogue was smoother, and, most surprisingly, there isn’t a single drop of foul language.

The two female performers with significant speaking roles remain largely on the sidelines but, like everything else in the film, they are indispensable to the big picture.

A neo-noir thriller cut from a thin roll of Hitchcockian gabardine laced with Chekhovian silk thread, “TSP” takes its title from a passage presented in the third act that Mamet calls “the oldest jerk in the book”.

Dating back to the 19th century, the “Spanish prisoner” involves a brand that is approached by a scammer to put up a relatively small sum of money with the promise of a much bigger payoff down the road.

There is, of course, no such future bargain, but when cast with finesse, brand greed will take over, and they will shell out even more funds until they are bled. dry or they finally realize they’ve been had.

Joe has created a book-length formula called “the process” that will generate gargantuan profits, and he’s tasked with selling the concept to backers without revealing exactly how it works, and he succeeds. Mr. Klein couldn’t be happier but, afterwards, dismisses Joe’s repeated attempts to discuss his pay and bonus.

Also present on the island is Susan Ricci (Mamet’s wife, Rebecca Pidgeon), a recently hired secretary operating as Joe and George’s daughter, Friday and Gopher. A perky talker, Susan is a jittery ball of energy reminiscent of Diane Keaton’s lead character in “Annie Hall,” and she’s clearly smitten with the flattered and shy Joe who wisely keeps her at bay.

After an awkward first encounter on the beach, Joe shares a few meals and chews the grease with Jimmy Dell (Steve Martin), a fellow New Yorker who Joe believes is wealthy when he arrived in a private seaplane with a beautiful woman. mystery half her age. . Before leaving, Jimmy asks Joe to deliver a package to his sister in Midtown Manhattan, which he readily accepts.

What exactly, you might ask, is “the process,” Klein’s company name, or the product or service it offers? None of the answers are ever provided, which is actually a good thing. Nor is it specified why “the Process” should never fall into Japanese hands or why Joe or Klein or both (in the interests of safety and security) did not copy it to a CD-ROM (arcane technology now but not in 1997).

With not one but two substantial MacGuffins firmly in play, Mamet goes all out with Hitchcock with pans and fades at the start and end of each scene, spare sets and a noticeable lack of demonstrable emotion from the cast. characters.

Once all the players are back in New York, everyone, including Susan, dons poker faces. Nobody says what he or she really thinks, and the audience only knows what Joe knows when it happens to him. We’re in the dark as much as he is and that, combined with the placid, ladylike plating, heightens the suspense to often nerve-wracking levels.

If this movie had been made 60 or 70 years ago, James Stewart or Cary Grant would have starred as Joe, a confident, polished-to-the-point gentleman who isn’t rich but might soon be. Son of George C. Scott and Colleen Dewhurst, Campbell Scott was the perfect choice for the lead role. He’s been given the unenviable task of playing a book genius who’s a bit too naive, far too pleasant, and completely incapable of reading anyone.

Over his long career, Gazzara has often been cast as a villain, so playing a heavyweight here wasn’t a big push for him. Here he does it like some sort of loose weasel, and he nails it. Jay doesn’t make a big impression, mostly because his character doesn’t have much to do, and as for Pidgeon…well, let’s just say being married to the filmmaker has its perks.

Outside of “Pennies From Heaven” (1981) and the ensemble piece “Grand Canyon” (1991), Martin had worked exclusively in comedy (some mundane and broad) and he’s not the first name most people would associate to portray a hulking, calculating, semi-threatening power mogul, but he pulls it off with room to spare.

Nothing Martin has done before or since comes close to the level of intensity, economy, and restraint, like what he delivered in “TSP.”

One of the many joys of “TSP” is seeing him again. I’ve probably watched it a dozen times, and even knowing the ending, it’s a rare treat to notice something I had previously missed, discounted, or overlooked. This is arguably Mamet’s best film (as writer and director) to date and if you’re a fan of mysteries and haven’t seen it yet, put it at the top of your list. things to watch.