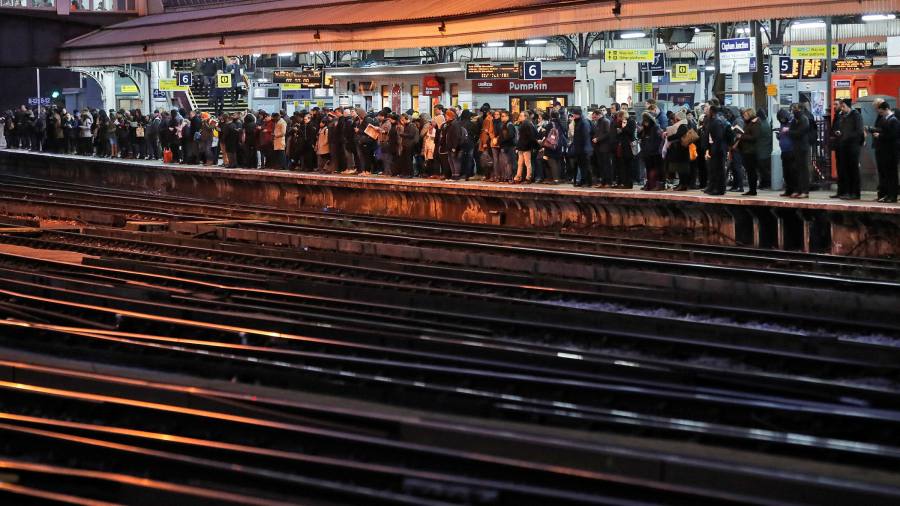 This article is an on-site version of our The Week Ahead newsletter. Sign up here to receive the newsletter straight to your inbox every Sunday

Hello and welcome to the working week.

Or rather, welcome to “the summer of discontent” if you live in the UK. What started with misery at the pumps due to rising fuel prices, then air travel disruption due to understaffing will this week spread to problems on trains – in the country that gave you this mode transport. A series of national rail strikes and, in London, another underground strike, threaten to cripple the network.

The dispute centers on wage demands and the impact on jobs of efficiency savings made more urgent by falling incomes during pandemic shutdowns. Government ministers, who as this article notes now effectively control all rail funding following changes made during the pandemic, declined to speak directly with the RMT, the main union calling for action.

Whether this will have a big impact on Thursday’s two UK by-elections – this week’s top election news – is a moot point given that the poll already points to a double whammy for the Tories – a “red wall” and a “ blue wall” constituency – amid anger at their leader and the country’s Prime Minister, Boris Johnson.

The aviation industry will also be in the spotlight this week as the annual general meeting of the International Air Transport Association (Iata) is held in Doha. The news here is unlikely to be very positive. Last October, Iata predicted that 2.3 billion people would fly in 2021 and 3.4 billion in 2022, compared to 4.5 billion people who traveled in 2019.

Another international gathering this week will be the delayed meeting of Commonwealth Heads of State in Rwanda. The venue will provoke uncomfortable questions for Prince Charles, who will attend on behalf of the Queen, given the UK’s deal with the country to take in British asylum seekers, a policy the heir to the throne had described as “appalling” according to a report in the Times newspaper.

The week will end with German Chancellor Olaf Scholz hosting his counterparts from other G7 nations for a summit at Bavaria’s secluded Schloss Elmau castle, the same venue his predecessor Angela Merkel chose in 2015. The most notable point here, however , is special guest , India’s Narendra Modi, and whether it will help the Western powers – Australia will do something similar during a state visit to India earlier in the week – in the battle for allies to counter the growing closeness between Russia and China.

Thank you, again, to those of you who write to us to share your views on current events and your opinions on what we should add or lose from the list. Bring them to [email protected]

Polls are the theme this week with a slew of Purchasing Managers’ Index reports, regional Fed announcements in the US and Ifo Business Confidence figures in Germany.

The culmination of speeches by central bankers — and there are a few this week — will be Jay Powell’s semiannual appearance before the Senate Banking, Housing, and Urban Affairs Committee to present his report on monetary policy. And in case you don’t have enough cost of living data, we’ll also get more inflation updates from Germany, Canada, the UK and Japan.

Cost of living and shopping trends will be at the heart of discussions among global retail groups meeting in Dublin this week for the Consumer Goods Forum. The business leaders of Unilever, Coca Cola, Crossroads, Tesco and walmart are on the list of speakers.

Not many results announcements this week. FedEx will release fourth-quarter numbers on Thursday, but that was anticipated last week as the U.S. delivery company shrugged off concerns about the economy when it announced a dividend increase and two new board members.

Here’s a more comprehensive list of what to expect in terms of corporate reports and economic data this week.

Finally, here’s a look at some of the other events and milestones from this week.

The road to healing — The impact of Covid on the global economy, markets and businesses. register here

The 2022 Global Cross-Border E-Commerce Festival has ceremoniously kicked off. Chenhai Group made an appearance with its brands and successfully organized the brand going to the maritime compliance forum