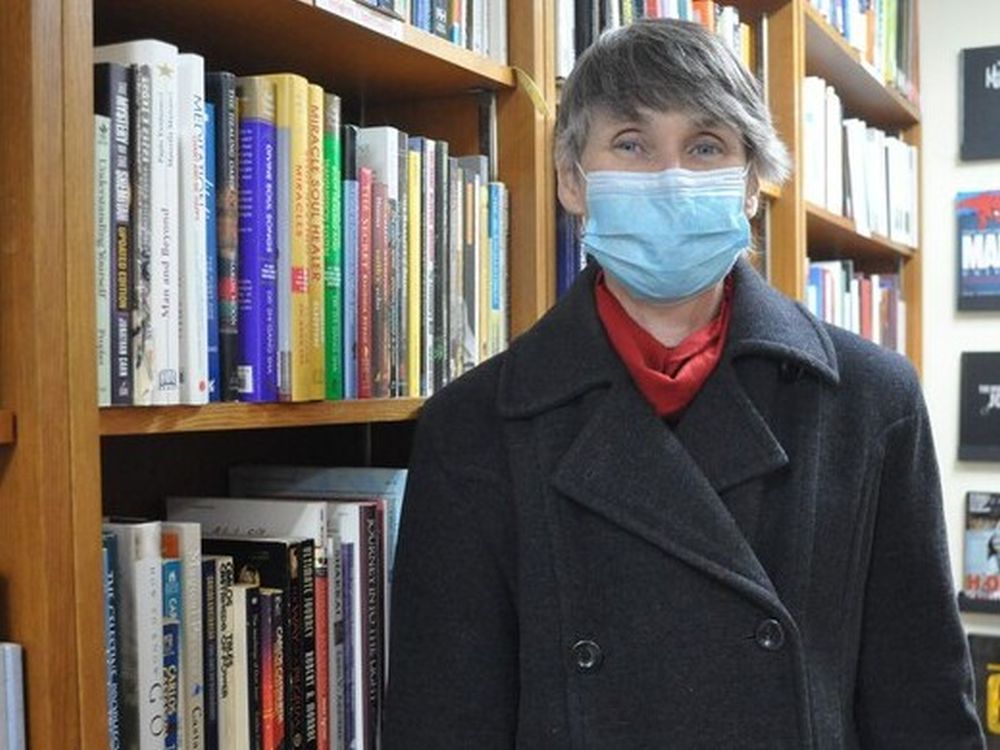 Now, with 2022 on the horizon, his initiative has been successful…too successful perhaps.

The small second-hand bookstore, located on Pitt Street, receives approximately 2,000 donated books per week. As one can imagine, these accumulated quite quickly. Gaudet received so much, in fact, that she filled an 80-by-32-foot barn with it, as well as a farmhouse and another farm building.

“We’re really at an impasse right now,” she said. “The barn is stuffed and the house too. In a few months, we won’t be able to receive any more books.

Gaudet estimates that, by mid-2022, Red Cart Books will have an astonishing 250,000 books in its inventory.

So where do these thousands of books come from? Well, a small amount of them are donated by local residents. The vast majority, however, come from seven local thrift stores.

“Most thrift stores just can’t handle the amount of books they get, so they just shovel them into landfills,” Gaudet said.

Having worked in a thrift store and witnessing the number of books that then ended up in the trash, she felt she had to do something. The businesswoman is seeking public input via her Facebook page on how she should proceed with her ever-growing inventory.

Since the announcement, she’s already received a handful of suggestions, including hosting some big sales. Unfortunately, the property where she stores the books is not commercial, so she cannot receive customers.

The local business owner thinks she will need a lot of square footage. She estimated that about 10,000 square feet would be needed to store 250,000 books, double that space for the 500,000 she predicts to have by 2025.

“I knew at some point it would happen, but I put it off,” she said.

As for the businesswoman, she says she will continue to divert as many books as possible from landfills. This has led to surprising requests over the years.

“I’m just stunned by the variety of topics. Someone will probably come for most of these books – the key is to save them until that happens,” Gaudet said.

A strange request came from a gentleman looking for a Catholic church Sunday missal from the 1940s, “because he wanted the old Latin script”.

“It’s so exciting to see them react when they get this book they read when they were young,” she said. “It’s so rewarding.”

A small part of the warehouse – around 8,000 books – can be viewed online at www.redcartbooks.com .

“It’s not about the business and me making money – money is just a means to an end – the end is saving those books and putting them between right hands and that’s ultimately what I’m trying to do,” she said.

Sign up to receive daily news from Ottawa Citizen, a division of Postmedia Network Inc.

A welcome email is on its way. If you don’t see it, please check your spam folder.

The next issue of Ottawa Citizen Headline News will soon be in your inbox.

The beloved comic book store in Scotch Plains, NJ, will close for good

Opening of the cultural center and the Ubuntu Rastafari bookstore