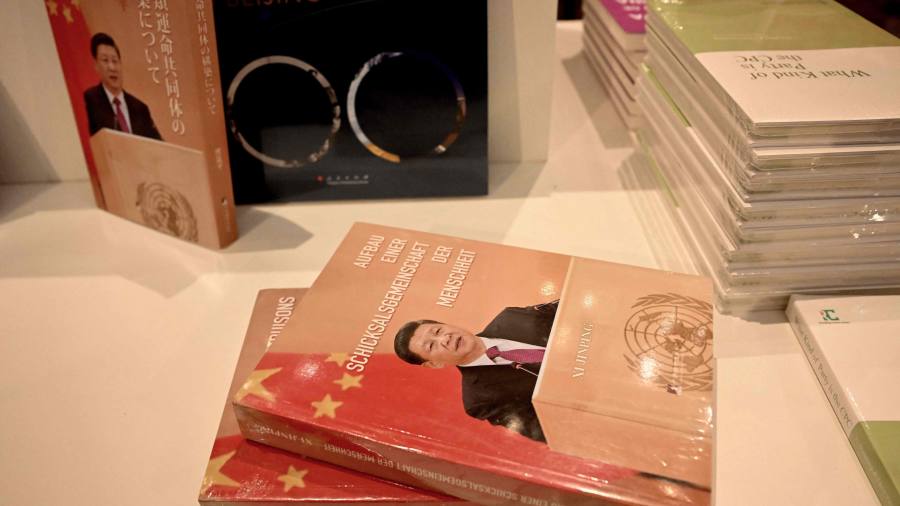 This article is an on-site version of our The Week Ahead newsletter. Sign up here to receive the newsletter straight to your inbox every Sunday

Hello and welcome to the working week.

Or should it be workers week? The 20th National Congress of the Communist Party of China is underway in Beijing and all eyes are on President Xi Jinping ahead of the scheduled vote to give him an unprecedented third term. The FT spoke to more than two dozen Chinese business leaders, farmers, government officials and academics – although, naturally, none would be recorded – to give an overview of the country. as it enters this new era.

Back in the UK, representatives of British workers will gather in Brighton for the TUC’s annual congress, which was postponed due to the death of Queen Elizabeth II last month. Given the state of the economy and industrial unrest, there will be plenty to discuss. Pensions, the cost of living crisis and the defense of the right to strike are on the agenda.

Economic unrest will be on the agenda of the European Council meeting between EU heads of state, which begins Thursday in Brussels.

The fallout from the January 6, 2021 attack on Capitol Hill continues to make headlines across the United States. On Friday, Donald Trump’s former political adviser, Steve Bannon, is to be sentenced for contempt of Congress after failing to comply with a subpoena issued by the Commission of Inquiry into the bombing. He faces a fine of $100 to $100,000 as well as a minimum of 30 days and a maximum of one year in prison for each count.

Finally, among this week’s anniversaries is a significant one for a British institution as the BBC turns 100. Many people will have an opinion on this. Perhaps it’s time to revisit former FT editor Lionel Barber’s take on a century of ‘Auntie Beeb’.

What events concern you in the next seven days? You can contact me directly by sending a message to [email protected] Thanks.

It’s going to be another tough week for economic data, but that’s the period we find ourselves in.

UK inflation figures for September are expected to see a further double-digit headline rate hike, while GfK’s confidence reading and retail sales update will likely underline just how drawn a recovery by consumers is unlikely at this time. Also, on Friday, S&P will review the UK’s credit rating of AA (currently with a negative outlook) as will Moody’s. Another Friday which should not be calm for the British press.

The Federal Reserve will release its latest Beige Book on Wednesday, providing commentary on current economic conditions in the United States, and there will be an update on the increasingly fragile US housing market.

We are in the midst of earnings season, starting the week with the rest of the major Wall Street banks releasing third quarter numbers, followed by a mix of consumer goods, retail, media, airlines and technology.

Higher costs are hitting online retailers. Naked Wineswhich reports Intermediates on Monday, shocked markets last month by reporting a shift in strategy towards profitability. asos will present its annual results on Friday, the first under chief executive José Antonio Ramos Calamonte, but has already warned that these will be at the bottom of expectations due to the reduction in consumer spending.

Investors in a UK residential home builder Bell will look ahead given concerns over the impact of rising borrowing costs on the UK property market. The order book stood at £2.1bn in August, but more recent trading trends and levels of sales interest will be key, alongside any signs of stress in the mortgage market.

Here’s a more comprehensive list of what to expect in terms of corporate reports and economic data this week.

Finally, here’s a look at some of the other events and milestones from this week.