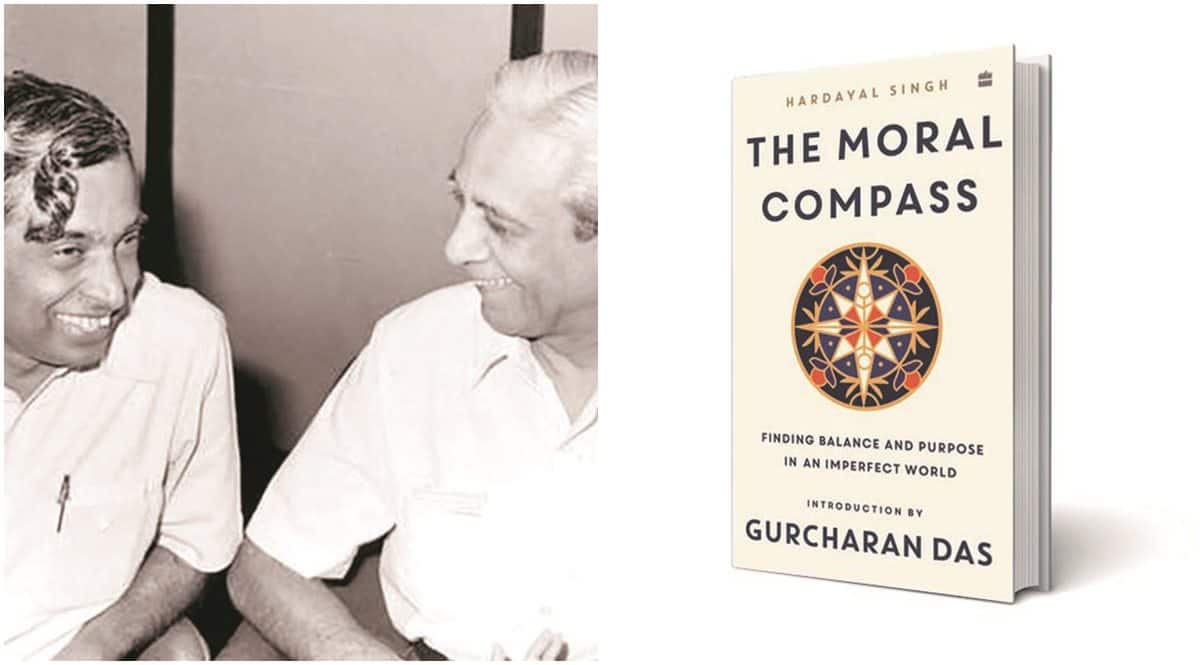 Two young women, incendiary, articulate, both imbued with the fundamental ideologies of their respective political parties find themselves in the eye of the storm. While Nupur Sharma has been a spokesperson for the BJP giving voice to its Hindutva nationalism, Mahua Moitra has been relentless in countering the saffron outfit by strongly advocating Bengali sub-nationalism. Both now appear to have bitten off, albeit in official capacity, more than their parties can chew.

The fallout: Both have been told, in a way, by their leaders that they’re on their own. Why? Because the opinions they broadcast do not correspond to the realpolitik of their parties. Although the BJP’s move to the Center has obvious diplomatic and trade implications, it is Trinamool’s national outreach program that seeks to expand beyond West Bengal.

At first it may seem like a long stretch of the imagination to find a parallel by reading the chapter “The Incredible Power of Humility” in The Moral Compass written by Hardayal Singh. However, it helps to understand what true leadership means.

Professor Satish Dhawan was the head of one of India’s first such projects to put a satellite in space. He trusted his second-in-command, Dr. Abdul Kalam, to lead a team of physicists and scientists from various fields to complete the mission. But when on D-Day the project collapsed, engulfing years of effort, man-hours and money, Professor Dhawan decided to confront the ruthless media, defending his subordinates. Later, when the second attempt by the same team was successful, Prof. Dhawan sent Dr. Kalam in front of the media to receive applause.

For Professor Dhawan, there was an option to take the busier path in both cases: put Dr. Kalam in the forefront to confront the bricklayers in the first case and receive the bouquets himself in the second. A man of humility, the first showed the trait of a true leader. This is a lesson for the leadership of the two parties mentioned above.

Like Professor Dhawan, there are others from countless walks of life – scientists, teachers, doctors, engineers, managers, business leaders – who, in the exercise of their karma, face choices morals, to the urge to take the right path in accordance with the dharma. Singh, with a varied background in public life spanning four decades, offers a delightful array of real-life stories with lessons in ethics and morals. His book delves deep into the human psyche and attempts to find answers to why people do what they do in a particular situation. He takes us to crossroads, dark alleys and rough waters and offers solutions. The moral foundations are refreshing because they go through stories based on real life, the situations we experience in our daily lives.

While Chapter 6 is a story of Venkitesh Prasad’s redemption, turning adversity into opportunity, the following is about a life-changing journey into the hills that Hemant, a copywriter, went on with his friend and colleague Aditya . Then there’s Captain C. C. Devaiah, an outgoing army officer who wandered into the Indian Revenue Service despite being told by friends he wasn’t fit to be a military officer. income tax. Over the years, however, the Captain, with his generosity and willingness to help people, has made friends across the barriers of age, seniority, rank, service loyalties and occupations.

Singh’s protagonists are real. In their strengths and weaknesses, they remind us of ourselves and those with whom we interact in our daily lives. As they fight their own battles, adjust to emerging realities, and grapple with “means and ends” dilemmas, they remind us that we all have a reservoir of goodness within us that we can rely on at all times for ourselves. guide. “It serves as a compass to guide and protect us in this uncertain world.”

The book’s introduction by author and columnist Gurcharan Das is like icing on the cake. Das, whose recurring theme has been the search for truth, provides an incisive moral and ethical background for each of Singh’s 17 delightful tales. It prepares you to savor them.

Lucidly written, the book resonates with Brianna Wiest’s vision of life: “Your life will not be defined by what happened in your path; it’s going to be defined by what you did when it didn’t. For the reader, picking it up makes a lot of sense, because she would know what to do when life doesn’t go her way.