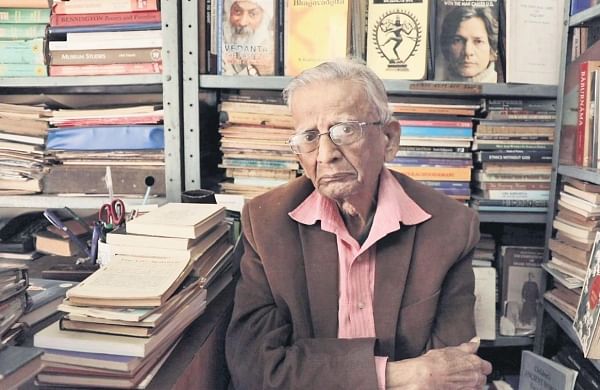 BENGALURU: Bangalore has certainly come a long way since the days when it was a “retirement paradise”. But even today, it’s possible to find hidden nooks and crannies that tell a story from the city’s past. One of those places is Select Book Store on Brigade Road, which is one of the oldest bookstores in town. He is also the star of city-based documentary director Adithyaa Sadashiv’s latest film, The Selected Book, released on March 28 on his YouTube channel Vinayas Studios.

The bookstore was founded in 1946 by KBK Rao, a lawyer by profession. In the film, his son KKS Murthy talks about the trip. Sadashiv reveals that it only took him a few informal meetings with Murthy to make this documentary. “To be honest, I hadn’t visited the store as much as I would have liked before the shoot. And I had only met Mr. Murthy a few times at book fairs in the city, ”says Sadashiv, who was blown away by Murthy’s“ earthly ”nature. He goes on to explain how the bookstore has been spared the day and held up despite the competition. Produced by its production house, Vinayas Studios, the film aims to capture a slice, or rather a chapter, of the city’s heritage and culture.

“The bookstore is not very well organized. You might even find cobwebs there, but the place is always warm and welcomes book lovers. That was the mood given by KBK Rao, and now Mr. Murthy, who is currently 92, is pursuing it, ”explains the 25-year-old filmmaker. Recalling an example, he relates how he chose a four-volume play by playwright Anton Chekhov in the store, but did not have the money to pay for it. Seeing his passion for the playwright, Murthy left the series to him on credit. “You don’t see that kind of generosity these days,” he said.