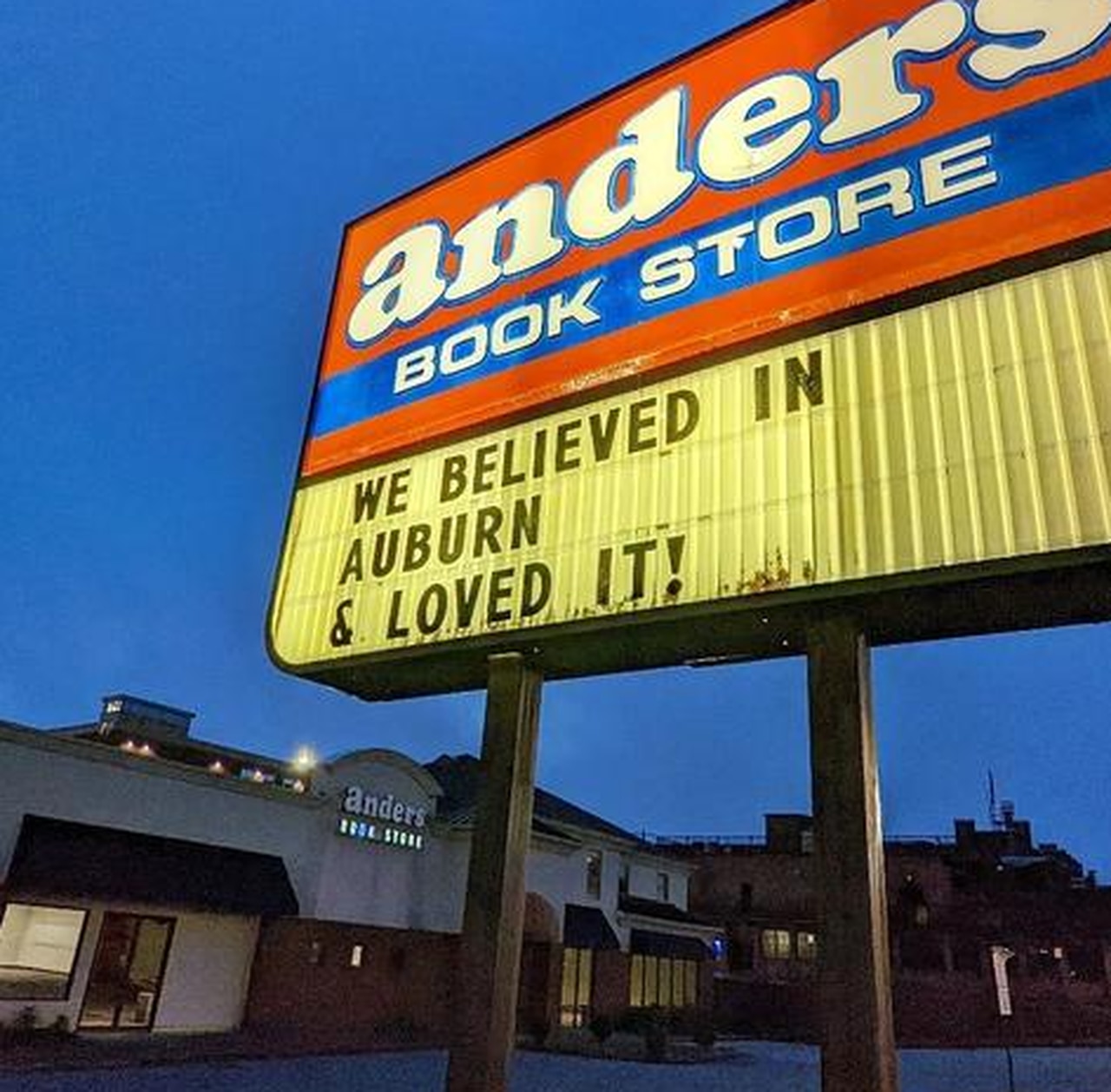 An Auburn institution has closed after more than 50 years in business.

Anders Bookstore had been in business since January 1966 at 202 W. Magnolia Ave. It will be demolished to make way for the 177-room Graduate Hotel, the chain’s first location in Alabama, according to Opelika-Auburn News.

News of the store’s closure was acknowledged by the Auburn Alumni Association on Facebook, who called the store an “Auburn icon.”

“Thank you Anders Bookstore for being an integral part of Auburn and Auburn University for nearly 6 decades!” read the post.

The store had a connection to several Auburn traditions. Auburn Mayor Ron Anders Jr., for example, previously served as the bookstore’s CEO for 20 years, having grown up working in the store with his father and grandfather.

The family sold the store in 2005. There’s also the company’s connection to the rugby shirts Auburn cheerleaders wear to the Iron Bowl, as chronicled in a story last year.

“It makes me sad,” Davis wrote.

“I have many precious childhood memories of my parents taking us and my siblings to the most beautiful village on football Saturdays. None of these trips were complete without a visit to Anders Bookstore. it’s the free stickers and posters (which they have) handed out when you walk through the door, getting (your) cheeks decorated with tiger paws in the parking lot, or getting a brand new Auburn jersey or apparel, it was an absolute joy.”

Tami Street Kaurudar called it “the saddest news”, while Mike Caldwell said the store was a “must stop”.

Sue Howard Youngblood said she worked at the store. “I think I (spent) my entire salary on art supplies!”

Paul Ingram wrote: “Anders was opposite my school of architecture (Biggin Hall). I worked there close to graduation around 1977. Old Mr. Anders and his two sons were there. Great people.

“That’s where I sold my textbooks in the middle of term because there was a party coming up and I was broke!” Robert C. McKibbon Jr. wrote. “Oh the memories!”

“Thank you for being there for all of us when we needed you!!” Debra French Jones wrote. “Damn War Eagle!!”

Michelle Piercy-Hodges said: “We will miss you, especially on game day. WDE. »