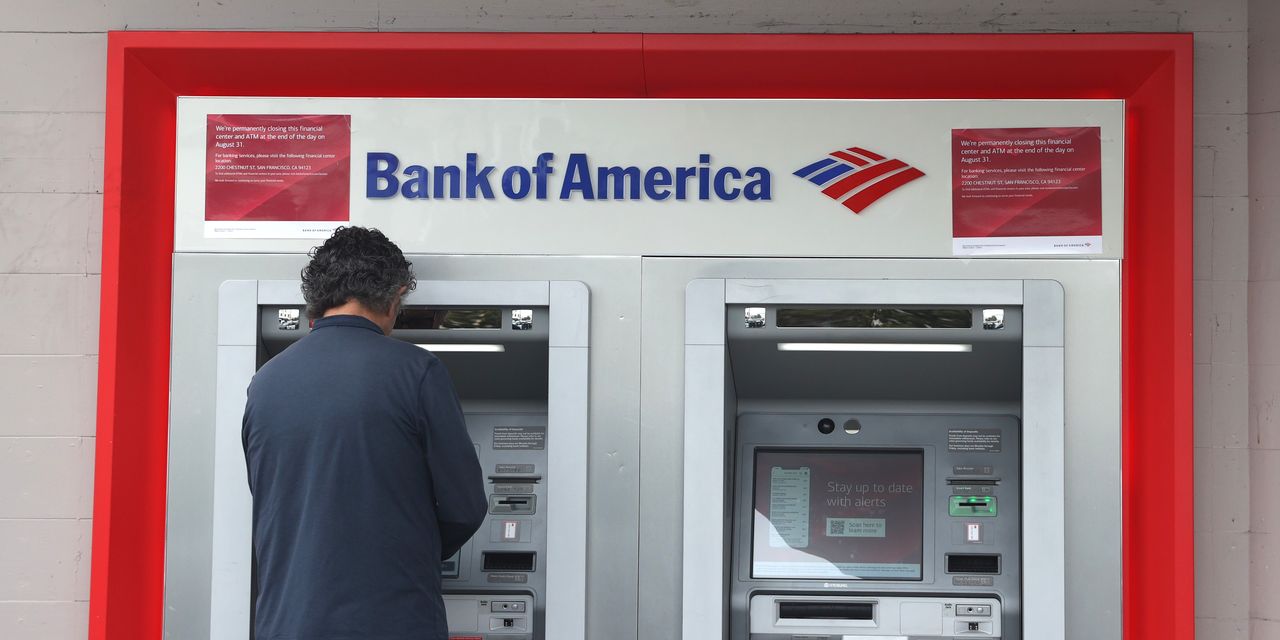 As 2022 approached, they had high hopes for banks and other financial companies. Deal-making and trade were expected to slow from the frenetic pace of 2021, but this loan growth — and a helpful hand from the Federal Reserve raising interest rates — would more than compensate. this slowdown.

But this year appears to have brought even more economic uncertainty than when the economy was largely shut down at the onset of the pandemic in early 2020.

Instead of rising rates helping to widen lenders’ margins, Wall Street now fears that rates will rise too quickly and tip the economy into a recession. And instead of stocks rising this year, the SPDR Financial Select Sector Fund (ticker: XLF) is down 10.5%, faring slightly better than the

But despite a less than rosy outlook for the sector, analysts at

“Our mantra in the current environment is to buy equities – not the stock market – as the year-to-date selloff has created opportunities for alpha (stock picking),” wrote Chris Harvey, equity strategist at Wells Fargo on Wednesday.

He and his team have identified five companies in the financial space that are trading at attractive price/earnings multiples. The shares are poised to outperform their peers as his team expects consumer health concerns to be “grossly exaggerated”.

(BAC) is Wells Fargo’s top choice among major US banks. The shares are trading at 10.4 times forward earnings, below the stock’s five-year high of 16 times earnings. Analysts expect the shares to trade at $66 apiece, which would be 16 times expected 2023 earnings.

Of the major banks, Bank of America is best positioned to profit from rising rates, even in times of economic uncertainty. The Wells Fargo team was also encouraged to see loan growth accelerating at the bank even as rates rise.

For mid-cap banks, the Wells Fargo team likes New York-based Signature Bank (SBNY). Shares are down more than a third this year, in part due to the bank’s exposure to the volatile crypto industry. But that volatility could actually lead to more volume directed to Signature Bank, the analysts wrote.

Shares are trading at 7.3 times expected 2023 earnings, providing an attractive entry point for new investors, especially as the bank begins to realize the benefits of its West Coast expansion. Analysts have a price target of $408, nearly double recent trading levels.

In the field of insurance,

Capital (ACGL) is favored by Wells Fargo. Despite a challenging environment, the Bermuda-based insurer recorded revenue growth in its insurance and reinsurance businesses.

Analysts expect Arch to see margin improvement in its property and casualty business, while credit quality in its mortgage insurance business looks solid. There are also potential catalysts for stocks to rise this year: Arch has about $665 million in reserves for its mortgage portfolio, more than double pre-pandemic levels, implying that it’s possible those reserves will be released. in profits. Additionally, Arch repurchased shares.

(AXP) tops analysts’ picks in specialist financials as the team believes equities underperformed on recession concerns. The stock trades at 14x 2023 earnings, but analysts believe a price-to-earnings ratio of 18x earnings is warranted. The team expects Amex to raise its forecast for 2022 and release better-than-expected data on travel and entertainment spending.

Among asset managers, the Wells Fargo team is the most bullish on

11 Strategies to Help You Rank Your Online Comic Store