The representative of bank employees, the Financial Services Union (FSU), called for the early completion of Permanent TSB’s planned purchase of part of Ulster Bank’s loan portfolio in the Republic to provide added certainty to Ulster staff and customers.

FSU welcomed the confirmation of AIB’s purchase of € 4.1 billion of Ulster Bank’s commercial and corporate loan portfolio in the Republic, saying it brings some certainty and clarity to “at least 280 Ulster Bank employees who will potentially be able to transfer the loans. at the AIB ”.

The agreement officially marks the beginning of Ulster Bank’s withdrawal from the Republic.

“It has been a very troubling time for Ulster Bank staff, so the conclusion of this deal – subject to usual regulatory approval and negotiations with the FSU is good news,” said the general secretary of the FSU, John O’Connell.

Mr O’Connell said it was now important for the remaining staff of Ulster Bank that talks with the permanent TSB on the ownership of the remaining assets come to a positive conclusion.

The permanent TSB is in talks with Ulster Bank’s parent company Natwest over the purchase of part of Ulster’s retail lending and SME banking business in the Republic.

“I also urge the PTSB and Ulster Bank to conclude their talks as soon as possible, so that more certainty can be provided to all staff and customers affected by the withdrawal,” said Mr. O’Connell.

Ulster Bank chief executive Jane Howard called the confirmation of the deal with AIB a “significant update” to the bank’s phase-out plan.

Ms Howard said talks “are continuing” with Permanent TSB, “among other strategic banking counterparts on other elements of the phase-out.”

However, no memorandum of understanding has yet been concluded. The PTSB had previously said it hoped a deal would be reached by the end of this year.

“I remain committed to handling our withdrawal with care and responsibility over time,” said Ms. Howard.

It’s been a busy week for the Irish banking sector – the government has started its gradual sale of Bank of Ireland, with AIB’s takeover of Goodbody Stockbrokers receiving competition approval and now AIB’s confirmation of its Ulster deal Bank.

“The [AIB-Ulster Bank] The announcement, coupled with other developments on state holdings in recent days, underscores the urgent need for a banking sector forum to set the future strategic direction of the banking sector in Ireland, ”said Mr. O Connell.

Despite the activity, shares of Irish banks plummeted – AIB and PTSB both fell by almost 4% and Bank of Ireland by more than 2%. The government last week said there are currently no plans to sell the state’s stakes in PTSB and AIB despite its Bank of Ireland plan. 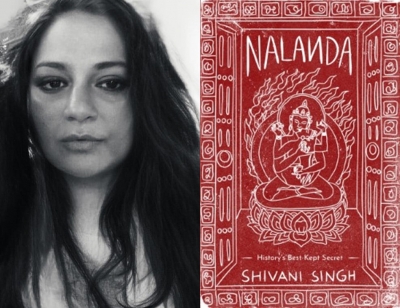