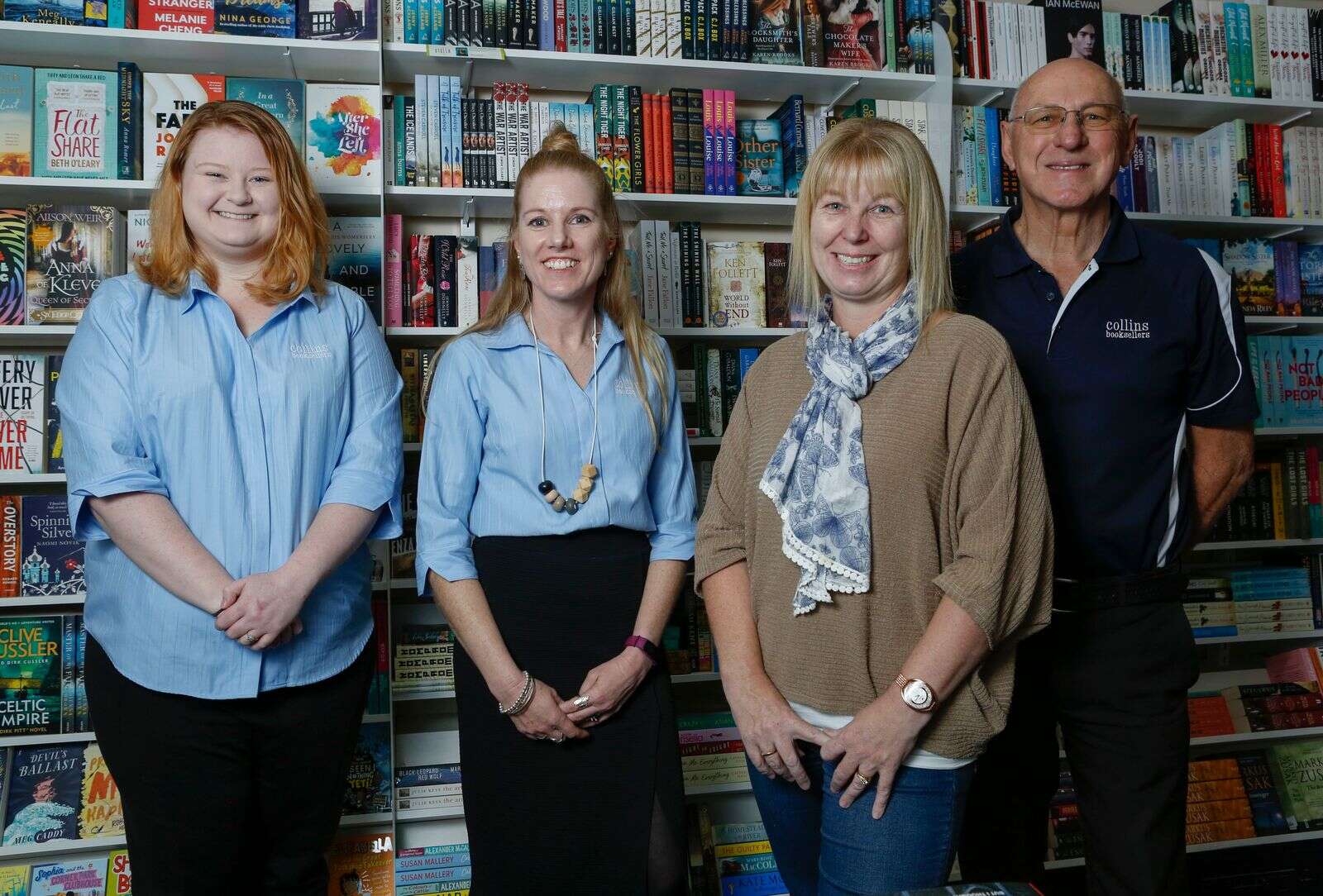 Cindy O’Neill remembers Christmas 2019 like it was yesterday, and that doesn’t immediately make her smile.

It was a turbulent three-day period that saw her move her Collins bookstore business to its current High St.

This epic Christmas Day unboxing effort is only a distant memory, as the Echuca company was named Franchise of the Year by National Collins Booksellers.

“I remember this movement very well. Everything was on deck (the staff and my daughter Abbey) when we closed the old site at 4pm on Christmas Eve, ”Ms. O’Neill said.

“Then on Christmas Day Abbey and I unwrapped it and put it on the shelves. We had dinner for half an hour at McDonald’s, then the store opened at 10 am the next day. ”

Ms. O’Neill has always been a hard worker and efforts to reestablish the business at its new location have been made to meet demand.

“Visitors and locals love to read during the holiday season,” she said.

“We have a lot of local readers and a lot of business feedback.”

When Ms O’Neill bought the business, it was on the verge of closing, which makes the national price even bigger considering the climb back to the top of the mountain.

Mrs O’Neill and her “right-hand man” Jacki Avers were celebrating the result yesterday when The Riv caught up with the pair, having been announced as the winner last week at the second Collins Booksellers conference hosted by Zoom.

“This was the second time that we have self-proclaimed ourselves,” Ms. O’Neill said.

The Echuca store beat 11 other Victorian stores, as well as nine from NSW and several from other Australian states.

Ms O’Neill, a mother of three who owned a second-hand bookstore before taking over the Collins Booksellers business, said the roller coaster of the book business was back on an uptrend.

“It’s a little up and down. Books were the only solution years ago, then Kindle came along and drastically cut bookstore profits, ”she said.

“Now the books are making another comeback.

“People tell us it’s the feel of the book, the smell, just turning the pages.

“Plus, if you drop your iPad in the bath, it’s a very expensive book.”

Ms O’Neill said that because she and Ms Avers were avid readers, the conversation flowed freely with book lovers.

“Jacki and I were born and raised here, we went to school together,” she said.

“People love to talk about books, it’s not just a nine-to-five job.”

Collins Booksellers will be 100 next year; Its base of operations is in Melbourne’s Bourke St Mall, in the iconic Hill of Content building.

As for what people read up to the minute, Ms O’Neill said everything the Aussie was selling.

“Three sisters by Heather Morris is also an excellent book. We love to promote Australian authors.

He was 101 when he died, but was able to keep the printed version of his story before he died.

Ms O’Neill and Ms Avers, as well as Ms O’Neill’s father Bryan and Sunday girl Sophie Baldwin, can all share some credit for the result.

“He is here on Tuesday, having retired from the news agency after 30 years.”

Only Mrs. O’Neill’s daughter will be able to celebrate with her at Christmas this year; Abbey, who serves in the Australian Army in Darwin, will be heading home for the holidays.

Mrs. O’Neill’s sons, Braydon and Lachlan, will be in Mount Gambier for the holiday season.