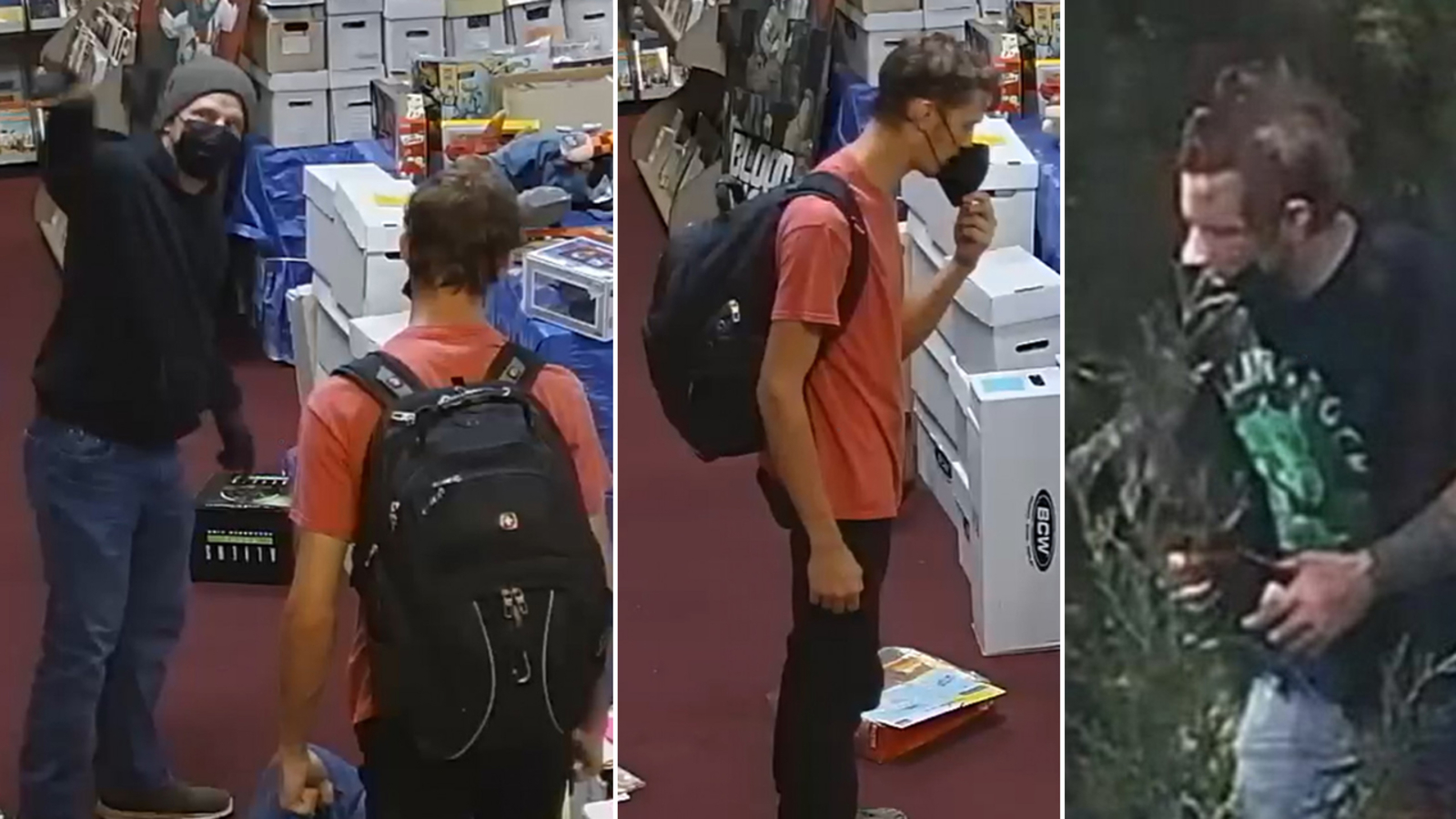 It happened at the Comic Collection store located at 83 Bustleton Pike in Feasterville around 4 p.m. on Sunday, September 18.

According to the Lower Southampton Township Police Department, the men entered the store and asked the owner to help them get items off a high shelf.

When the owner climbed a ladder, police say one of the suspects violently knocked him down and the owner fell to the ground.

Police said the men then beat the store owner, tied him up and held a knife to his face, threatening to kill him if he did not cooperate.

The suspects then pulled two large duffel bags out of a backpack and began stuffing them with a laptop, owner’s keys, cash, comic books, Pokemon cards, action figures and more store goods.

According to police, the men emptied the owner’s wallet, leaving his credit cards behind.

Police arrived at the scene as the suspects fled.

Police said the men left their duffel bags in the nearby woods as they were chased.

One of the suspects removed a hoodie and beanie he was wearing as he tried to evade police. Authorities released a photo of him wearing a Rolling Rock t-shirt that he wore under the hoodie.

The second suspect was wearing a red Deadpool t-shirt. According to police, the shirt was recovered by officers.

“All evidence collected will be submitted to the Pennsylvania State Police crime lab for forensic analysis,” police said.

Anyone with information about this crime or recognizing the suspects should contact Detective Dan DiLello at 215-357-1235 ext. 408 or email [email protected]