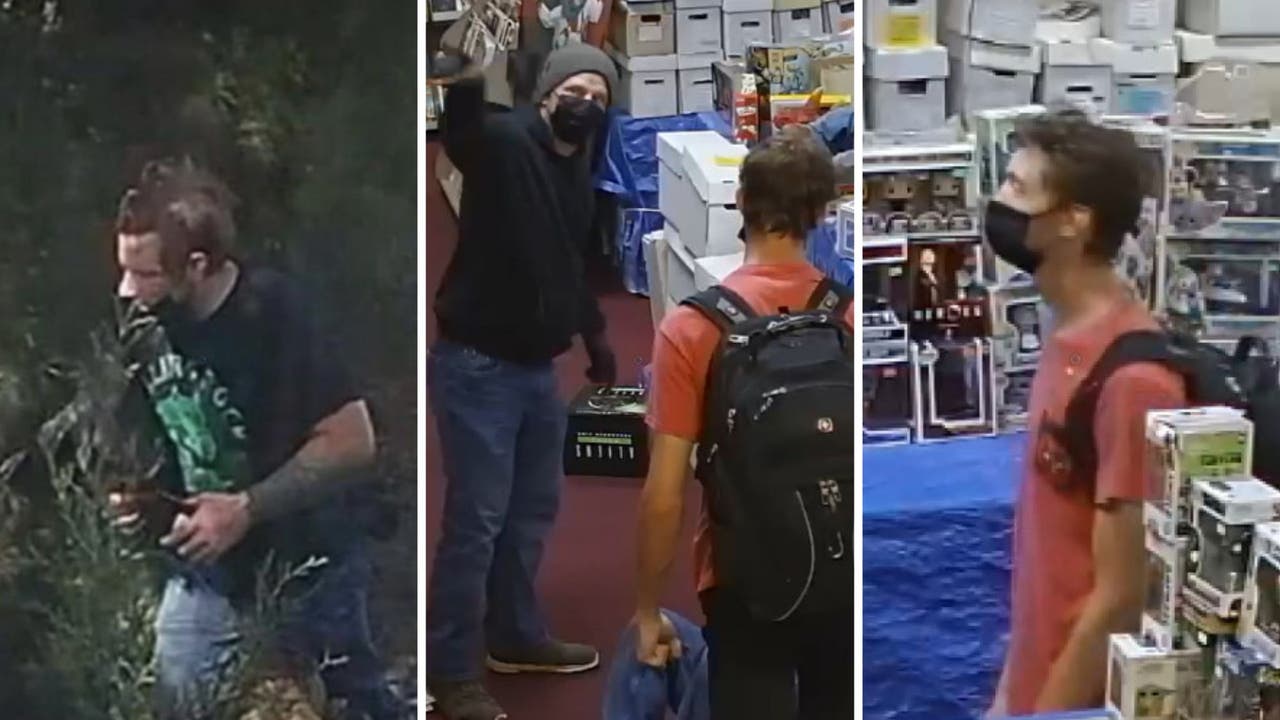 Detectives from the Lower Southampton Township Police Department investigate an assault and robbery at a comic book store in Feasterville. Authorities are looking for the two suspects seen in this photo.

FEASTERVILLE, Pa. – The owner of a Bucks County comic book store was severely beaten and tied up during a robbery, police say.

Authorities say officers from the Lower Southampton Township Police Department responded to the Comic Collection store in Festivalville for assault and theft.

According to authorities, two suspects entered the store and asked the owner to bring them goods from a high shelf. According to police, when the owner climbed the ladder to get the requested product, one of the suspects knocked him over, causing him to hit the ground.

The suspects then beat the store owner, bound him with zip ties and pointed a knife at his face, threatening to kill him if he did not cooperate, officials said.

Officials said the two suspects were wearing disposable latex gloves and the duffel bags were discovered in the woods nearby.

As the suspects were chased by police, they threw several pieces of clothing, including a hoodie, shirt and beanie.

Anyone with information about the suspects or the incident is asked to contact police at 215-357-1235.