This furniture‘corner is a defining object of the Japonism artistic movement and the embodiment of the Asian influence on Western decorative arts. It represents an extraordinary blossoming of the creative imagination during the second half of the 19th century when Christofle used processes newly discovered in the industrial arts, such as electroplating, to imitate the ancient arts of Chinese cloisonne enamel and Japanese mixed metal bronzes. Exhibited by Christofle in 1874 and at subsequent exhibitions, it is one of a pair of Japonism cabinets, its counterpart is in the collection of the Musée des Arts Décoratifs, Paris (inv. 27662). Both cabinets were exhibited at the Louvre in 1922 when they were described as having been made for the famous courtesan Esther Lachmann, the Marquise de Païva. It can be assumed that the cabinets were never delivered to La Païva as they were exhibited again in Amsterdam in 1883 and subsequently as the property of Henri Bouilhet, owner of Christofle. The cabinet of the Musée des Arts décoratifs was donated to the French State in 1930 in memory of Henri Bouilhet by his son André and his grandson Tony-Henri Bouilhet. This cabinet was sold separately by the Bouilhet family to a private French collector whose descendants sold it at Christie’s in London in 2006.

CHRISTOFLE ET CIE
Around 1830, Charles Christofle took over his brother-in-law’s house jewelery ‘Maison Calmette’ and changes its name to ‘Société Charles Christofle et Cie’. Christofle was the pioneer in the production of relatively affordable electrolytic tableware and tableware having obtained patents in 1842 and 1843 from Elkington, their English competitor, for the galvanic process of gilding and silvering, known as electro-chemical silverware. The pieces produced by this new process were exhibited for the first time at the Exhibition of productsFrench industryeasy, Paris, in 1844 and won the company a gold medal and its founder the Thegion of honor. Shortly after, Charles Christofle was appointed Official supplier to the King Louis-Philippe and, in 1855, Emperor’s Supplier, supplying fine quality pieces, mainly tableware, for the various palaces and ministerial cabinets of Napoleon III. The commercial success brought by the production of electrolytic goldsmiths established Christofle as the first French manufacturer of goldsmiths in the second half of the 19th century. After the death of Charles Christofle in 1863, the business passed to his son Paul (1838-1907) and his nephew Henri Bouilhet (1830-1910) who worked to promote the careful work and good design they put in obvious at international exhibitions. In 1865, they appointed Émile-Auguste Reiber (1826-1893) at the head of Christofle’s creative workshop which, in addition to their usual silverware production, developed a series inspired by quite extraordinary pieces in the Japanese style.

ETHOUSAND REIBER – MAYTRE OF JAPANISM
Nicknamed the “High Priest of Japonism,” his influence spanned all aspects of the decorative arts, from wallpaper design to sculpture, and Reiber himself designed the Japanese-style ceramics for Theodore Deck. What came to be known as Japonsime was, when the current cabinet was designed, considered modern art – a new French symbiosis with China and Japan, and Reiber was praised for finding the right note. in translating and updating French. Chinoiserie 18th century taste. He sought to imitate the cloisonnes mixed enamels and bronzes perfected over millennia in Japan and China. Rieber’s Meiji counterparts gathered in Kyoto, artists with different expertise in cast iron, enamel and patina, to work collaboratively on the creation of a single piece, while in the West, it is only at Christofle. that Rieber was able to find the know-how to start manufacturing over again and under one roof, where he had considerable technical capabilities in orfeglassware, electroplating (electroplating) and bronzes. Its innovation is therefore both technical and artistic. Once imagined, his drawings were executed by the sculptor or modeler, Monsieur Mallet, the bronze patina by Monsieur Guignard, ‘an engineer mannieux and a great taste in its dicecora-artistic tions of the goldsmithglasswork and bronze‘who in 1874 had thirty years of experience with Christofle, and the enameller Antoine Tard, whose enamels were described as the equal of the most beautiful cloisonné in China. Guignard’s skill with the bronze patina was praised in reference to the gilded, silvered and patinated bronze panels of the geishas of these cabinets:
he we must cite among the most preheavenly collaborators of Christofle, Guignard, the author of these patinas metallic, of which the two corner units are, as drawing and execution, the two most marvelous examples that we know of (The Beaux-arts et les arts decoratifs, Universal Exhibition of 1878, Gazette des Beaux-arts de Paris, 1879, p.313).

GROHE – THE UNDISPUTED MASTER OF THE‘EBÉMODERN NISTERY
The body of the current cabinet was built by the Parisian firm Grohé. Founded in the mid-1820s by Guillaume and Jean-Michel Grohé, they exhibited in major exhibitions throughout the 19th century and supplied furniture to the French royal houses of the Tuileries, Saint-Cloud and Fontainebleau, and to Queen Victoria for the Windsor Castle. Grohé is at the origin of the cabinetmaking of the famous cradle offered by the City of Paris to the Empress Eugenie in 1856 which, during a public exhibition before the birth of the Prince Imperial, was admired by 25,000 visitors. Following Guillaume’s retirement in 1861, younger brother Jean-Michel ran the company until 1884, when it ceased its activities.

PAIVirginia
Esther Pauline Lachmann was born in Russia in 1819 and rose from humble beginnings to the most attractive courtesan of the Second Empire in Paris. Nicknamed the Marquise de Païva, or La Païva, she enchanted the beautiful people as hostess of his legendary and opulent hosuch particular on the Champs-Élysées. Child of Polish and German Jews in a country not very hospitable for her religion, she soon adopted the name Thérèse, the first of many French assignments, and was later called Blanche. At seventeen, she was married to a Moscow tailor, and dutifully bore a son before fleeing to Paris without divorce papers and without her son. With unbridled ambition, she travels from one liaison to another, from Berlin, Vienna and London, she becomes the mistress of a famous French pianist, before leading him to financial ruin, then trapping a marquis Portuguese, Albino Francesco Araújo de Païva. Having obtained a title from her spendthrift Marquis, she sent him to Lisbon where he later committed suicide after hearing of La Païva’s subsequent engagement to Count Henckel von Donnersmarck, a much younger Prussian aristocrat and one of the men. the richest in Europe. Count von Donnersmarck gave him everything. In addition to buying the Château de Pontchartrain, he took charge of the construction of his own hosuch particular at 25, avenue des Champs-Élysées, where La Païva has established its legendary salon. Orchestrating a team of artists, between 1856 and 1866, the architect Pierre Manguin created at the Hôtel de la Païva one of the finest and most opulent examples of private architecture and interior decoration at the height of the Second Empire. . The Henckel von Donnersmarcks also commissioned architect Hector Lefeul, famous for his Louvre transformations, to create a neo-renaissance palace called Schloss Neudeck on their estates in Upper Silesia, modern Poland. Built between 1869 and 1876, La Païva moved permanently to the Château de Neudeck in 1877 after being supposed to leave France after being accused of espionage. Much of the furniture was purchased at the Vienna International Exhibition in 1873, where Christofle exhibited. Charles Rossigneux (1818-1907) who worked extensively with Maison Christofle was employed as a decorator and in turn Christofle produced much of the important elements of the interior decoration, including a wrought iron and bronze staircase. In 1875 Christofle sent to the castle of Neudeck twenty-eight boxes and two specialists to assemble the whole. The few remaining photographs of Neudeck Castle and its interiors show it to be a breathtaking masterpiece of Second Empire design, but it was sadly ransacked during WWII and demolished. in 1961.
The link between La Païva and Maison Christofle being thus firmly established, it is probable that the present corner cabinet and its pair were intended for the castle of Neudeck and further corroborates that the cabinets were made for Mme de Païva, as stated at the time. loan from the Bouilhet family to the 1922 exhibition.

Next Mask yourself! Large French theater festival underway with steps 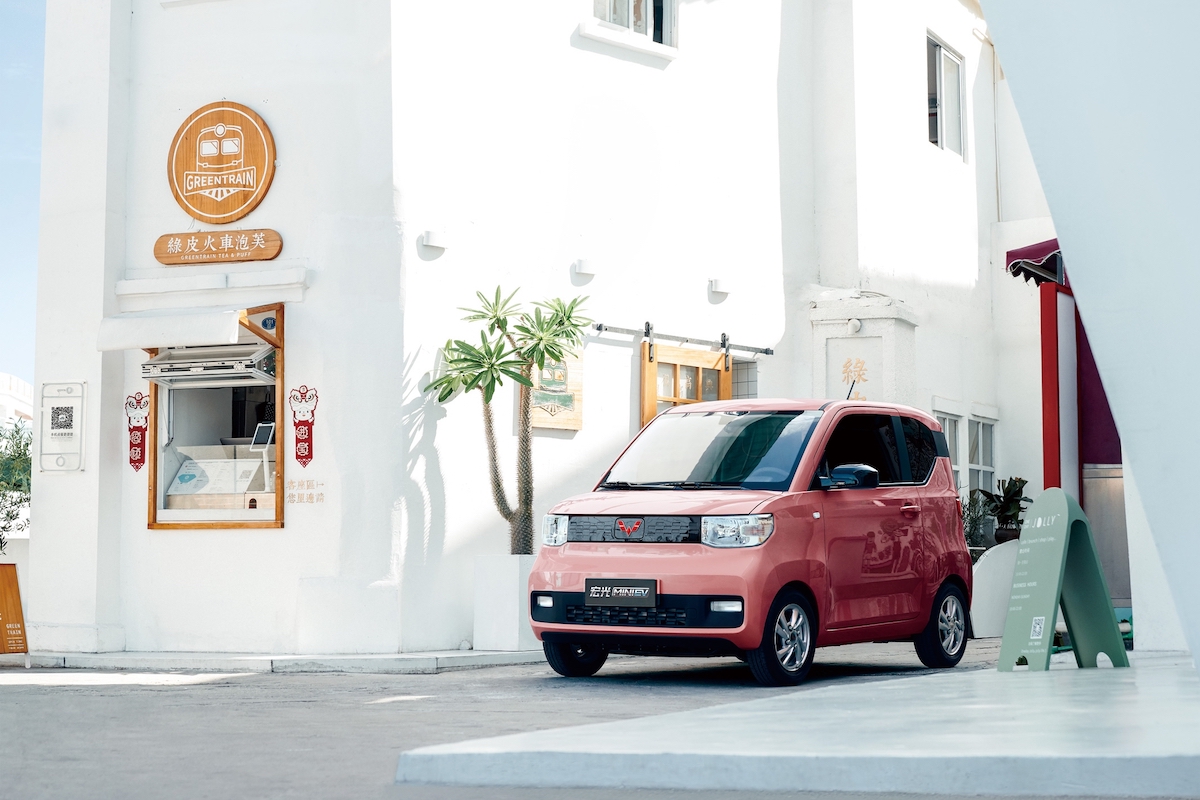