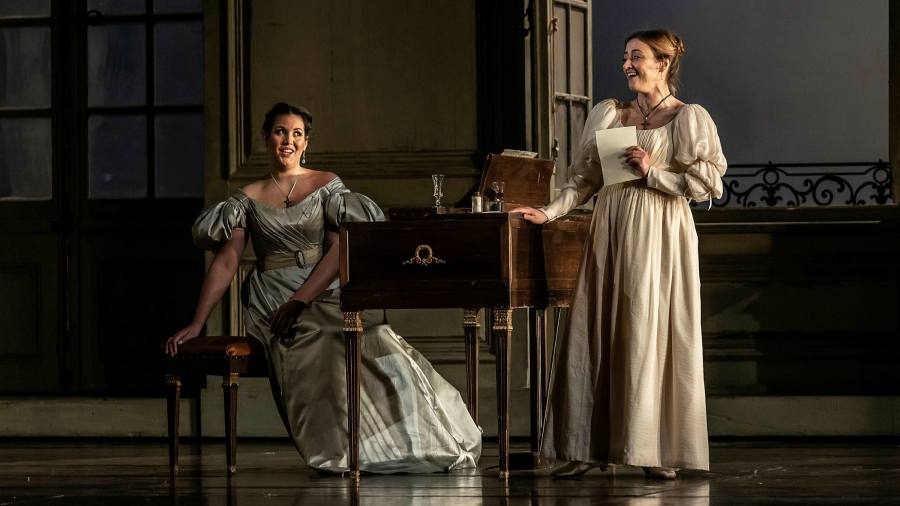 Over the past generation, the world of classical music has become increasingly international. Artists tour the world with grueling regularity and it took the travel restrictions of the pandemic to show just how unsustainable this pattern has become.

The past few months have seen a roundabout of last-minute cast changes at European opera houses. The Royal Opera in London has suffered its share, but must be delighted that its revival of Mozart The Marriage of Figaro survived with the loss of only one lead singer.

A special effort had been made to book an almost entirely Italian cast. The opera’s premiere in Vienna in 1786 was sung by Italians (with the exception of an English Susanna and an Irish Basilio) and the payoff comes from the spirited Italian cut and élan comic text.

It was a beautiful revival in every way. David McVicar’s fine production was again rehearsed to a razor-sharp level of complexity, every detail renewed to match its new cast (such as the joke of Susanna having to stand on a box as she gets pass for a much taller countess). This time, McVicar’s Figaro is more of a comedy than before, but the revolutionary fire still sizzles beneath the surface.

Young soprano Federica Lombardi leads the cast as an elegantly sung countess, pure musicality in her two arias. Germán E Alcántara, replacing Davide Luciano, is his predatory, potentially violent count, on the verge of caricature. Giulia Semenzato and Riccardo Fassi are endearing as Susanna and Figaro, the latter a gifted comedic actor, and Hanna Hipp, one of the few non-Italians, does a delightfully wacky Cherubino. With musical director Antonio Pappano pulling drama and character out of every phrase, the musical performance was on a high. Who could resist the celestial chant of Lombardi and Semenzato in the Duo de Lettres? What a pleasure to find the opera live.

Arriving in London, Lise Davidsen will be relieved that her short European tour went almost as planned. Davidsen, the Norwegian soprano who took the world by storm at the Operalia competition in 2015, is at the center of the Barbican’s Artist Spotlight this season and this recital with fellow Norwegian pianist Leif Ove Andsnes marked the start of her short series of concerts. and masterclasses.

The first half consisted entirely of Grieg, taken from their latest album. Davidsen’s majestic soprano shines through far more volume than the songbook needs, but, aided by Andsnes’ arctic-clear accompaniments, the performances captured the native rhythms of Haugtussa, Grieg’s only song cycle.

The rest of the program was at its best when Davidsen sought out his most intimate vocals. Sure, an audience wants to hear that vocal loud and clear, but there should be more to a song like Strauss’ “Befreit” than stupendous top notes. The softer “Morgen” was better and his Wagner singing Lieder by Wesendonck now penetrates deeper than when she recorded them. He is an artist who is still rising rapidly.

What Financial Advisors Do

Restaurant which takes over the former building of the Financière Indépendante