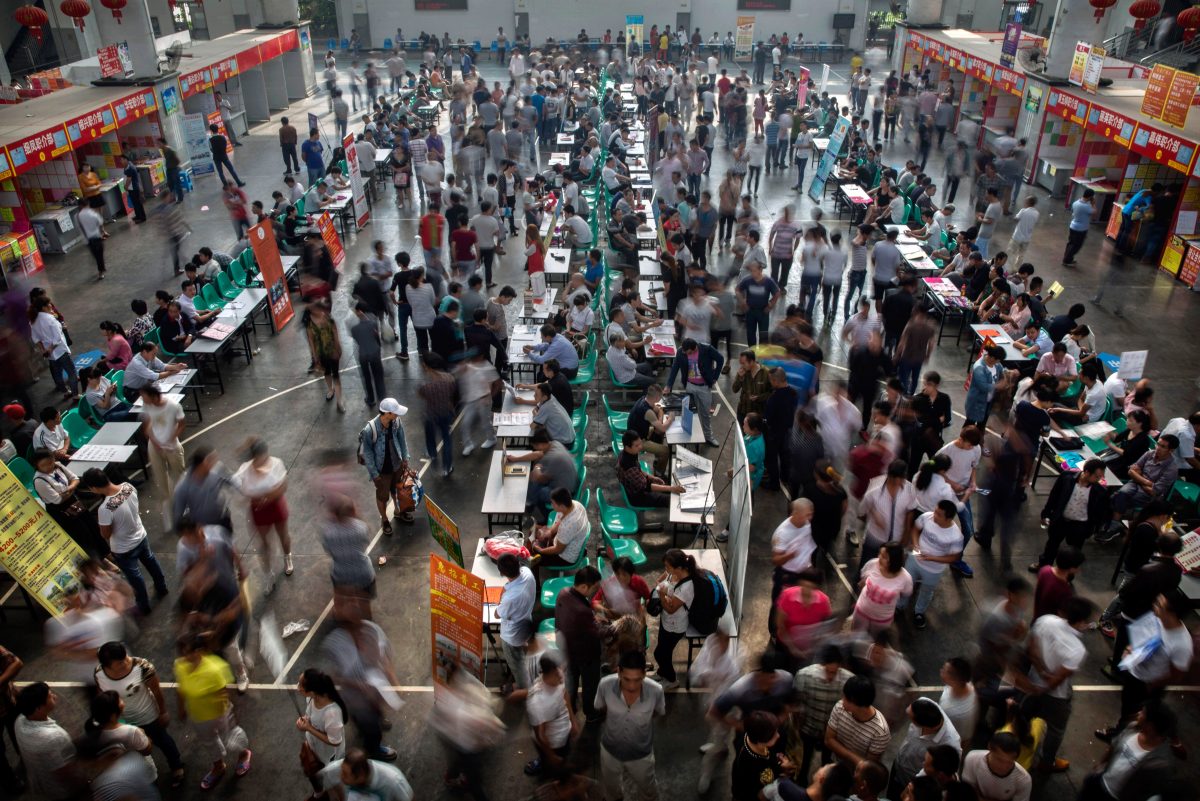 China recently announced its highest youth unemployment rate yet. However, the number of university graduates is also at an all-time high this year. These elements, coupled with an economic decline caused by the communist regime’s shutdowns related to COVID-19, make the problem of unemployment particularly acute.

China’s youth unemployment rate is basically twice that of European and American countries. It is also 46 percent higher than Taiwan’s and should be considered a very serious situation, according to the article.

Figures do not include students who will graduate in July this year.

According to data from the Chinese Ministry of Education, in 2022 the number of undergraduate students graduating from the university will reach a record 10.76 million, a year-on-year increase of 1, 67 million. It is also the first time that the number of annual university graduates exceeds 10 million.

The article interviewed an undergraduate student named Huang Qian, who majored in English at a renowned university in Wuhan, central China. She shared her experience of struggling to find a job.

She applied for a job as an English teacher at a public high school in Wuhan. There were 300 to 400 candidates competing for a single position. She also applied for a low-level government post in Shandong Province. There were 30 open positions, but more than 4,000 people applied. She has not yet received a job offer. Huang also applied to graduate schools, but was not successful there either, because there are so many other undergraduates also applying.

The article has become one of the top Internet searches in China.

A netizen posted: “It is difficult to find a job, especially for university graduates who come from rural areas. They have student loans to pay and cannot find a job after graduation, which puts a lot of mental pressure on them.

Another commented, “In a year or two, graduates with a bachelor’s degree won’t even be able to find a job in a factory making screws. In the future, the concierge position may require a master’s degree.

The Chinese regime pushes an increasing number of university graduates to attend graduate schools every year in order to postpone the question of employment. However, even mainland Chinese media acknowledge that the strategy is no longer working. An article on 163.com said that on the one hand, the Chinese economy is shrinking and the number of jobs is declining; on the other hand, the labor force increased by more than 10 million. This is a major problem which is troubling and which affects social stability. Measures adopted in the past to extend the time spent in school are no longer effective in 2022, the article admits.

According to the “2022 First Quarter Job Market Report for College Graduates” released by China Employment Research Institute of Renmin University and China’s leading employment website Zhilian Recruitment, at first quarter of this year, demand for university graduates fell 8% per year. -over one year, while the number of job seekers increased by 75% from one year to the next.

Another report recently released by Zhilian Recruitment, “2022 College Student Employability Survey Report”, shows that in May, the rate of male graduates who signed work contracts was around 23% and only 10% of female graduates have signed, both are less than last year.

Li Yiming, a Chinese news commentator, told The Epoch Times that China’s economy was already in decline, but now politicized COVID-19 prevention measures are another blow to the economy. Foreign companies have pulled out of China and domestic companies are laying off staff. Employment will naturally be difficult for college graduates.

Fang Xiao contributed to the report.

Alex Wu is an American writer for The Epoch Times who focuses on Chinese society, Chinese culture, human rights, and international relations.