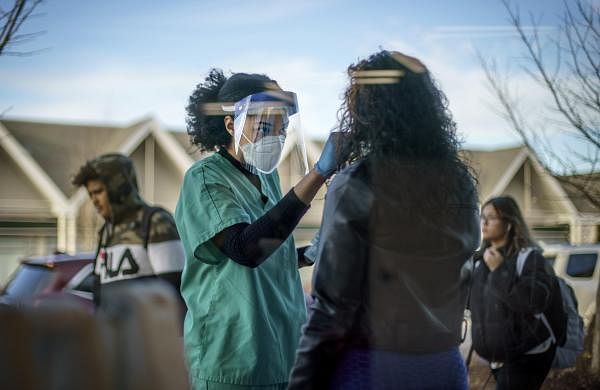 COIMBATORE: In just one week, the COVID-19 test positivity rate (TPR) in Coimbatore district increased from 5.6% on January 8 to 16.7% on January 14. District health department officials fear new cases, as well as TPR, are expected to continue to rise in the coming days.

The silver lining is that the spike in cases hasn’t pushed up the death toll, as the district recorded five fatalities last week. The death rate is relatively low compared to what Coimbatore witnessed at the height of the second wave, a health department official said. The official explained that the new number of COVID-19 cases could cross the 2,000 mark in the coming days.

Deputy Director of Health Services (DDHS) P Aruna said the district has increased the number of oxygenated and intensive care beds in public and private health facilities. “There are no cases of Covid-19 patients with low oxygen saturation and chest involvement,” she added.

Similarly, Dean of Coimbatore Medical College Hospital (CMCH), A Nirmala, said that they are registering patients at the outpatient department and patients are coming in with an upper respiratory tract infection.

The surge in cases has not pushed up the death toll, as the district recorded five fatalities last week. The death rate is relatively low compared to the second wave

Suntory looks to tradition to navigate the future of hybrid working