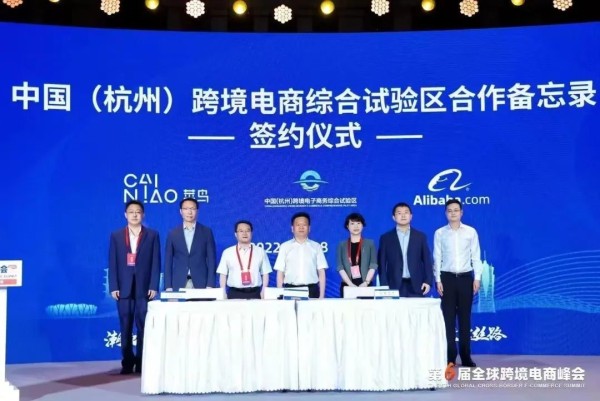 Led by digital reform, Hangzhou has established itself as the “new e-commerce capital”, focusing on expanding e-commerce industry ecology, building a new industrial chain system , the establishment of a comprehensive factor guarantee system, and the promotion of the development of e-commerce industry with high quality. The total scale and development level of Hangzhou’s e-commerce industry has consistently led among all provinces in China, with a long-term double-digit growth rate of online retail sales.

On June 13, 2019, Li Keqiang, Premier of the State Council, who investigated cross-border e-commerce in Hangzhou, fully affirmed the work of Hangzhou Comprehensive Pilot Zone and demanded that Hangzhou build the first trade city. cross-border electronics. trade in China and progress in the world.

On July 1, 2021, the establishment of China (Hangzhou) comprehensive cross-border e-commerce pilot zone was incorporated into 100 years of the Chinese Communist Party. And the Hangzhou Global Pilot Zone was ranked first in China in the assessment of the 2021 Cross-border E-commerce Global Pilot Zone by the Ministry of Commerce.

The Hangzhou Global Pilot Zone first creates the 9610 export and 1210 import supervision method of cross-border e-commerce, which has been promoted nationwide.