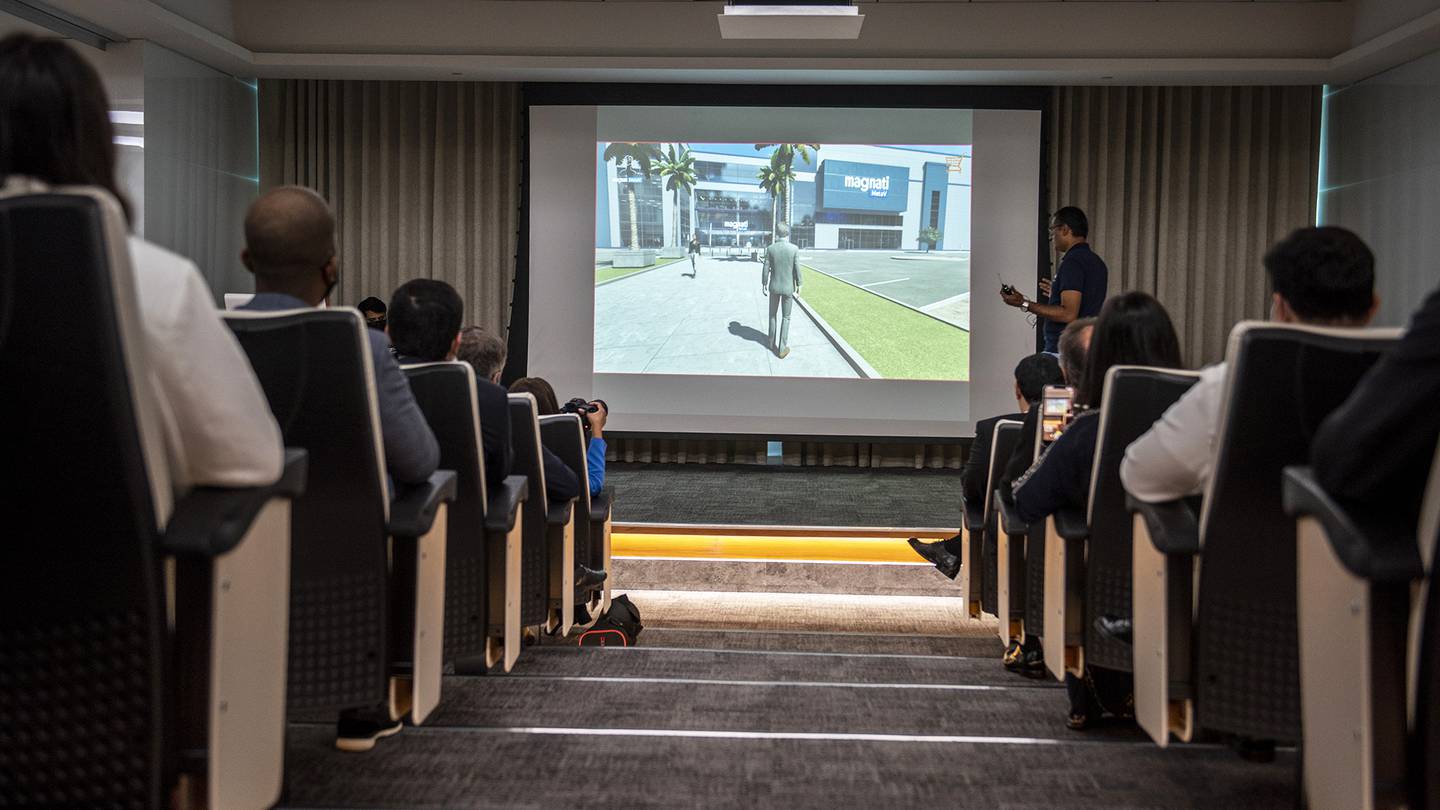 Magnati, the payments business unit of First Abu Dhabi Bank, has unveiled a new metaverse platform that aims to provide consumers with access to the growing experiential e-commerce segment and increase retailer revenue.

Magnati-MetaV, the region’s “first” metaverse marketplace platform, runs on the company’s own blockchain technology and fully integrates the metaverse with traditional payment networks, Magnati said in Abu Dhabi on Thursday.

MetaV will also provide merchants with the ability to expand their operations that are otherwise constrained by the resources they have, said Ramana Kumar, Managing Director of Magnati. The National at launch.

“Experiential commerce is the only solution… there is no other option; it must come. It’s not a new fad, it’s a necessity because people want to visualize, see and be very close to reality,” he said.

“It’s important for customers to feel and experience products today, which doesn’t happen because most e-commerce purchases are made by looking at a two-dimensional image, which doesn’t really satisfy what they want.”

Experiential e-commerce isn’t new, but it’s becoming popular, thanks to advances in related technology, including the growth of virtual, augmented and mixed realities, and associated hardware like headsets and wireless controllers.

Amazon, the world’s largest online marketplace, already offers a similar service called AR View, which allows customers to view products in 3D and even position certain products like furniture in their homes before purchasing them.

The metaverse is the emerging digital space in which people, represented by avatars or three-dimensional likenesses, can interact in virtual worlds.

It is part of Web3, the next evolution of the web, with blockchain, decentralization, openness and greater user convenience among its core components.

The value of the global metaverse market is expected to surpass $1.6 trillion by 2030 at a compound annual growth rate of more than 50%, from around $40 billion in 2021, according to Canadian firm Precedence Research.

MetaV is expected to go live next week and will be available on its app, on the web, and through the use of Oculus VR headsets. Users can create avatars and explore a virtual world comprising a number of retail and service segments.

While there is no difference from standard blockchain technology, MetaV’s framework allows merchants to participate in the system by becoming nodes, Kumar said.

Nodes are the parties that run a blockchain and validate and store transactions.

“We’ve had informal discussions with different traders … we’ll meet with them and start initiating proof of concepts,” he said.

Kumar said MetaV will be able to overcome the challenges consumers face in e-commerce, including receiving the wrong products.

In the hotel industry, the platform will allow customers to see what a hotel room is like before booking it.

For merchants, especially those limited to physical premises, the platform will enable them to expand their services and attract more customers, he said.

For example, in education, where physical places are limited, companies can offer their services virtually. For live events such as concerts, people can book tickets and experience them from afar.

Experiential commerce is the only solution…there is no other option; it must come. It’s not a new fad – it’s a necessity because people want to visualize, see and be very close to reality

Overall, MetaV can lead to a very high return to sales ratio, which measures a company’s operational efficiency. The higher the ratio, the more efficient the operations.

The platform is also designed to address security concerns, with Mr Kumar saying identities, transactions and avatars are protected to prevent fraud and theft.

“The power of having them all under one blockchain is to grow and expand exponentially,” Kumar said.

It would also prepare users and merchants for “future opportunities around tokens, coins and other technologies that are part of the blockchain,” he said, referring to cryptocurrencies.

When cryptocurrency regulation is in place, “our technology will be ready,” Kumar said.

“The metaverse has always been associated with cryptocurrencies… not everyone is comfortable paying through them.”

“What [users] can do is to use the experiential commerce part of it in the metaverse and use existing payment gateways. And, in the future, when regulations come into effect, they will be able to pay in crypto.