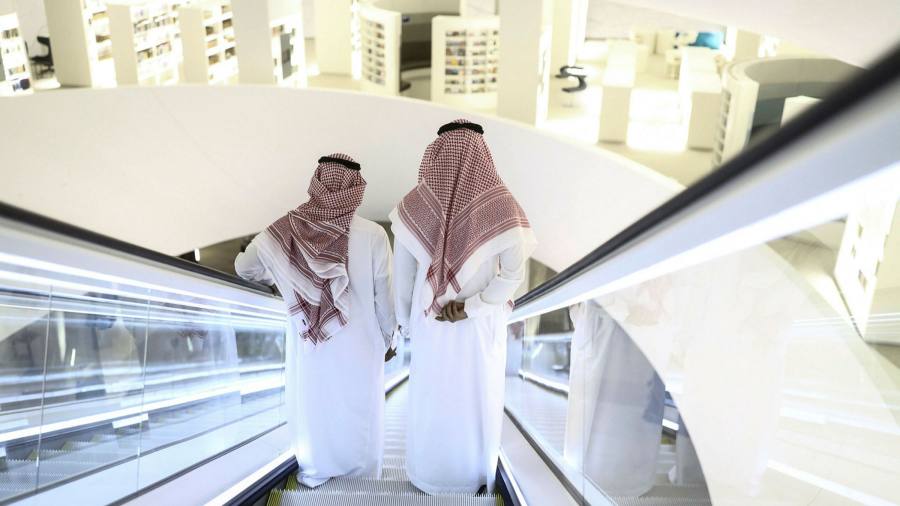 Saudi family businesses, long reluctant to open their books to outside shareholders, line up to list stakes as the country’s stock market soars, sometimes hoping that bringing in outside investors will help them overcome internal strife .

Almunajem, one of Saudi Arabia’s largest food companies, in December became one of those companies to list on the stock exchange, known as Tadawul, as the exchange was at its highest. for several years. The Riyadh-headquartered group offered a 30% stake that raised around $300 million.

“It’s a very good move, at least to institutionalize the business from a governance and continuity perspective,” said chief executive Thamer Abanumay, a non-family member. The move should also help the company “diversify our capital for growth,” he said.

Saudi Arabia has long been keen to boost its capital market as it seeks to diversify its oil-dependent economy. In 2019, the government listed 1.7% of state oil company Saudi Aramco raising $29.4 billion in a successful IPO. Yet the IPO has been treated with reluctance by many family businesses who fear opening their books or catering to outside shareholders, even if staying private ran a greater risk of infighting – and in some cases even of collapse – as new generations inherit businesses.

However, the pandemic, which has caused the Gulf kingdom’s economy to shrink by around 4% in 2020 and has increased pressure on businesses that had struggled with rising costs and subdued growth in recent years. , has prompted some to rethink their strategies, officials and analysts said.

The economy rebounded in 2021, with expected growth of nearly 3% according to the latest budget. Meanwhile, a rebound in oil prices last year helped propel the Tadawul to a multi-year high of nearly 12,000, a 30% year-on-year growth, giving companies more incentive to sell. participations.

The pandemic has reminded many private companies “that to remain viable under all circumstances, I need to have all financing options available – and I think it’s become pretty clear that if you get listed, you have more options funding if you are not,” said Mohammed bin Abdullah Elkuwaiz, chairman of the Capital Market Authority.

In addition to providing liquidity and access to capital markets, floating shares also encourage new talent to join companies and give them responsibility for developing good governance.

Elkuwaiz said he’s heard stories of family businesses “thriving operationally” but bogged down due to conflict. Opening up to outside shareholders was one of the “benefits of being listed on the capital market”.

Saudi Arabia’s private sector “is run by family businesses,” said Basil Al Ghalayini, chief executive of BMG Financial Group, which often had a large number of siblings and relatives. “The [are] lots of stories of big family businesses that have collapsed in the last 10 years that had hired hundreds or thousands of employees,” he said.

Almunajem has gone against the grain of its peers and has been hiring outside chief executives for a decade.

Last year, 15 companies were listed on Tadawul or its secondary market Nomu, which has less stringent requirements to encourage smaller businesses, according to the CMA. That’s up from eight in 2020, and Elkuwaiz added that dozens more are in the works, some of which are family businesses.

The AMC’s list of requirements and disclosures for potential floaters includes some that family owners aren’t used to, such as the stipulation that they announce any action that could affect their stock price.

Some who have signed up have privately expressed regret about the greater scrutiny they are now subject to, said Ahmad BinDawood, managing director of BinDawood Holding, one of Saudi Arabia’s largest retailers. It introduced a 20% stake at the end of 2020, raising around $585 million.

“They say it’s a nightmare and [would] prefer to bring the company back to being private again,” he said. “When asked why, they say you have a lot of committees and there is the board and we have to explain. [Shareholders] challenge us with ideas. . . a guy with maybe 10 shares comes and asks me why am I taking this action.

This is despite the fact that most families choose to list only one stake and remain the majority owners. The Saudi market was included in the MSCI Emerging Markets Index three years ago, bringing in billions of dollars in foreign investment. But Tarek Fadlallah, managing director of Nomura Asset Management in the Middle East, said global active fund managers are still underweight in the market which is dominated by local investors.

More and more family businesses are taking the plunge or considering doing so, BinDawood added, saying he has been approached by more than a dozen such businesses for advice.

BinDawood doesn’t regret going public and cited a study he says showed that only 14% of family businesses survived beyond the third generation. He added that his father and uncles were willing to bring in “competent foreigners to run the business” and ensure good governance.

Private companies cannot afford bitter internal disputes. Many have struggled over the past five years with rising costs and, in some cases, been squeezed out by state-owned entities, particularly the Sovereign Public Investment Fund, and the companies it controls.

“Covid has affected a lot of family businesses. Cash has gone down. The best way to access liquidity quickly is to list, monetize stocks,” BinDawood said.

The main incentive for listing now comes from the strength of the market, Fadlallah said. “If you’re a company looking for a high valuation, this is an optimal opportunity,” he said. 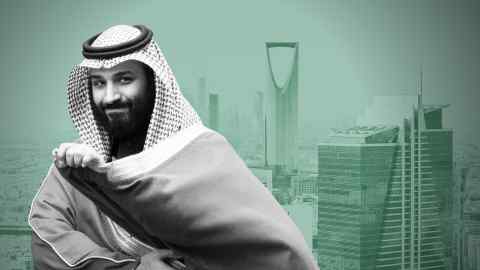 A wave of non-family businesses are also considering going public. Jahez, a popular food delivery service app, became the first Saudi tech start-up to do so when it launched an 18% stake this month on Nomu.

Tadawul himself listed shares in December, raising around $1 billion.

Chairman Mishal Bin Sultan al-Saud said the IPO should make the company more attractive to top recruits. “It gives a new profile, a new advantage, a new image to your company. . . and that translates into a talent magnet,” he said, adding that it would bring more “transparency and corporate governance.”

*This story has been edited to correct the timing of the Jahez and Tadawul lists and the spelling of Almunajem and Ahmad BinDawood.

Coimbatore District's COVID-19 test positivity rate jumps from 5.6 to 16.7 per cent in a week - Reuters