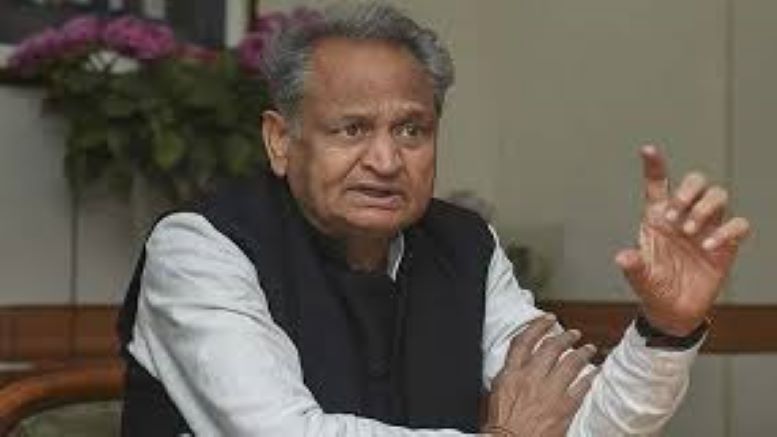 As the National Crime Records Bureau (NCRB) placed Rajasthan second only to Uttar Pradesh in crimes committed against women in 2021, Chief Minister Ashok Gehlot on Friday attributed the rise in figures to the FIR system mandatory introduced in the state. , adding that more than half of the cases of crimes against women were false.

Gehlot was interacting with the media after attending the convocation parade at the Rajasthan Police Academy in Jaipur on Friday.

“Who commits rape? In most cases, the crime is committed by acquaintances of the victim, including relatives. About 56% of crimes against women cases were false because false cases were filed. We have taken action in this regard,” the chief minister said.

Gehlot added: “The DGP is standing next to me. I would like to say that those who file false records should not be spared so that others dare not defame the state by filing false records,” he added.

Gehlot also claimed that the crime rate is lower in Rajasthan compared to other states.

“Before, people didn’t go to the police station for fear of being humiliated. We have set up reception rooms in police stations and introduced the provision of mandatory FIRs, which is a revolutionary step,” he added.

“Now anyone who goes to the police station with a complaint, an FIR must be filed. This step must be implemented in every state. We said earlier that making FIRs mandatory would increase crime numbers,” a said the chief minister.

Gehlot added that the opposition is spreading rumors that the crime rate has increased.

“These leaders should read the first page of the NCRB report, which says that each state faces a different situation. We send the crime data that goes to the NCRB. The way we handled the Kanhaiya Lal murder incident in Udaipur was appreciated by the whole country,” Gehlot said.

He also said the punishment rate has increased in the state compared to the national rate and credit for that goes to the excellent police department.

(The story was posted via a syndicated feed with an edited title.)

Are you just starting out? Learn from our investing and financial mistakes

E-commerce subject to VAT in Oman