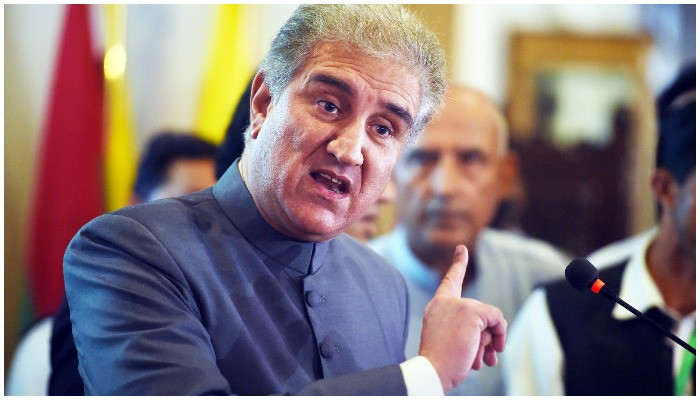 MULTAN: Foreign Minister Shah Mahmood Qureshi said on Saturday that the government was “aware of the rate of inflation” and was “taking steps to reduce it”. Geo News reported.

During an interview with the media, the minister said that the government must take help from the International Monetary Fund (IMF), despite the help from Saudi Arabia and China.

Qureshi admitted times are tough but said Pakistan is on the road to economic recovery.

Speaking of the former government, he said the per capita income was $547 in the last year of PML-N’s tenure, while it is $1,666 today.

The minister said the government will take all necessary measures to fight the terrorists, adding that “the enemies of Pakistan want instability and chaos, but they will fail.”

“Talking about a presidential system is only speculation and such rumors circulate regularly,” he added.

Regarding the COVID-19 situation in the country, Qureshi said the Prime Minister has already indicated that we are not in favor of a lockdown, calling all those who do not wear a mask “responsible” for the increase in the rate. of positivity.

He said the government would give the nation “a surprise” in 2023.

Cricketer Shakib enters e-commerce | The star of the day