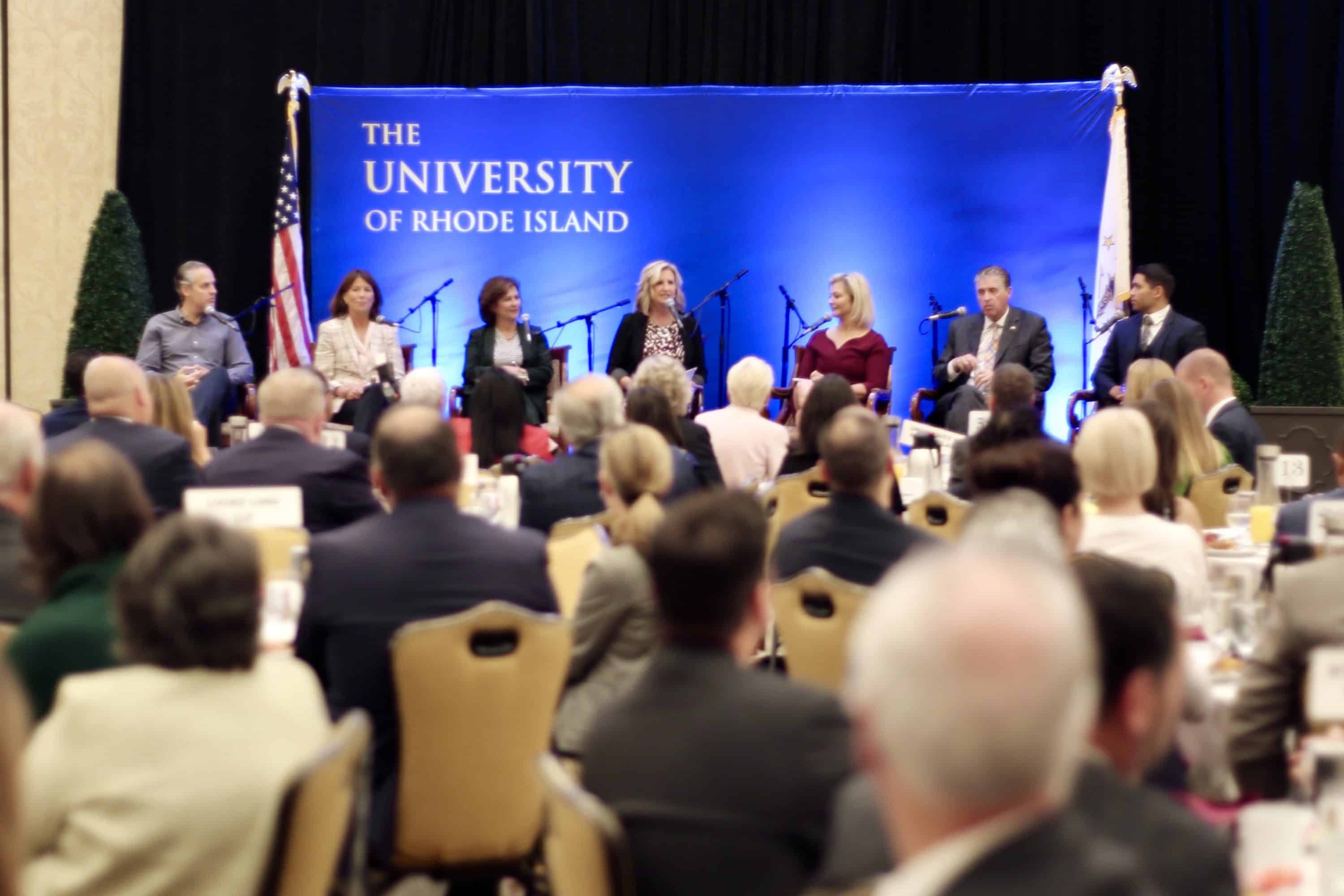 The Greater Providence Chamber of Commerce held a governors’ forum on Thursday morning, less than a week before the Sept. 13 primary that will choose which Democratic and Republican gubernatorial nominees will run in the Nov. 8 general election.

“We’re going to be focusing on business and the economy today,” said the president of the Greater Providence Chamber of Commerce. Laurie White, who moderated the forum. “The candidates have gone through a ton of debate over the past two weeks where many topics have been explored, but today, given the priorities of the House, we’re going to keep the topics fairly narrow.”

Following the Uprise RI format, each question is written as posed by the moderator, followed by a video of each respondent’s response. Exceptionally, I present the questions out of order.

“We support a fair, equitable, and predictable tax system that promotes private sector growth and makes Rhode Island more competitive. We believe people should keep more of what they earn and oppose any broadband taxes imposed on businesses, individuals, or industry-specific taxes,” White continued. “That’s especially true now with so much historic and important federal money lying around in our coffers.”

White summed up his comments by asking, “How close are you to sharing the House’s position?”

Before we get into the candidate’s answers, let’s take a look at Rhode Island’s tax policy, using the excellent research provided by Rhode Island’s Economic Progress Institute in their 2022 Candidate Information Booklet.

So when the Greater Providence Chamber of Commerce talks about opposing raising taxes on wealthier Rhode Islanders, it says it favors policies that benefit wealthy whites at the expense of low-income communities and/or or BIPOC.

What about the state ranking?

In preparation for her tax question, Laurie White mentioned state economic rankings, published by right-wing outlets like CNBC and conservative and ideological think tanks like the Tax foundation.

These state rankings are dubious pseudo-science created to influence policy against the poor and in favor of corporate and wealthy interests. The website Ranking of States of the economist Peter Fisher worth exploring, but the fundamental problem with these business rankings can be summed up by this line from the website:

That said, let’s move on to the candidates’ responses:

Midway through the candidates’ responses, Laurie White provided new context for her question:

Laurie White then asked if the candidates would support the allocation of $100 million in federal funds and an equal amount in state matching funds for the “blue economywhich is defined as “economic sectors having a direct or indirect connection with the coasts and the ocean of Rhode Island” in the University of Rhode Island report URI report The Value of Rhode Island’s Blue Economy.

There is no doubt that Rhode Island could benefit from the careful development of various ocean industries, particularly in the areas of offshore wind development, fishing and aquaculture. But there is a moral argument to be made about expanding the war economy in Rhode Island, an argument our elected leaders don’t want to make. But even putting the discussion aside for a minute, is the expansion of the blue economy possible without increasing state reliance on military contracts?

Because the candidates’ answers were brief, we present them in one video:

Going back to the first forum question, Laurie White asked contestants to imagine giving a TED Talk in a year on how their administration has made Rhode Island “one of the best places for business and for people”.

White’s following statement equating “best” with “most profitable” was a revelation:

“The criteria, of course, will be the typical criteria where Rhode Island is a place where businesses can be profitable, where [businesses] are able to attract talent, and also where they can be productive citizens like those who are here today.