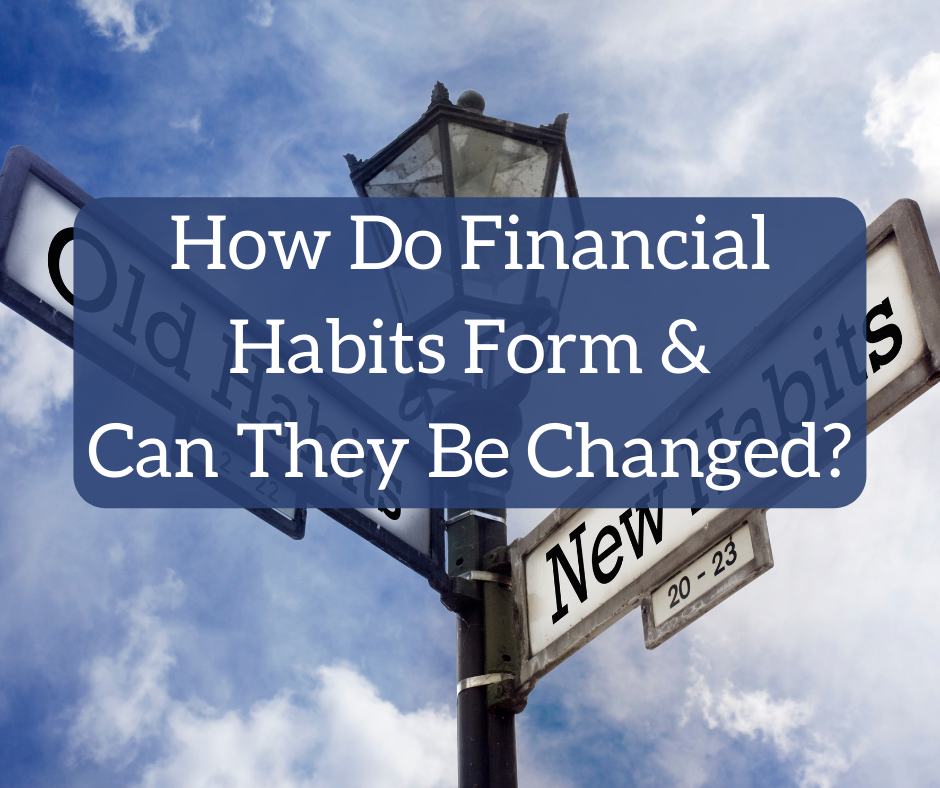 Halfway through my third year of medical school, two types of patients encouraged me to think about the following questions: (1) How can I have financial habits that others don’t? and (2) Can I change my habits when I need to? for? In this column, I share my thoughts on how our habits are at the mercy of luck and who we are and if those habits can be changed.

We must be lucky twice

One type of patient that inspired this column is that person who lost the genetic lottery. They have this pathogenic mutation that we had to drill into our brains for licensing exams. They remind me that I could eat healthy, exercise regularly, and practice good sleep hygiene, but still be diagnosed with cancer or a neurodegenerative disease.

Another type of patient is that person who has lost the behavioral lottery. Humans tend to be resilient. But these patients had unfortunate life experiences that shaped their maladaptive behavioral patterns. Once I realized how my environment had prepared me to overcome the stressors in my life, I refrained from being judgmental.

I don’t want to spark a discussion of nature versus nurture with the above observations, as many patients fall somewhere in between. Likewise, we have been lucky to varying degrees with our financial health. In the following examples, how badly was someone born at the wrong time in terms of our financial health and our future?

With John, we could jump to say that he should have had less exposure to stocks and more to bonds. With Jane, one could predict that her risk tolerance will come back to haunt her. But we criticize John and Jane as if it were easy to change or develop financial habits, that is, their spending and saving tendencies and behaviors.

Another explanation is that we were lucky, and they weren’t. If John had been born five years later, he would still be working; had he been born five years earlier, his retirement portfolio would have grown far beyond his original goal. John may have been buying low-cost equity index funds every month for 30 years because, according to his investment policy statement, he is a “long-term equity investor.” How could he change his monthly habit and start buying more bonds and CDs just because he turned 60? Maybe he thought, “I’m going to keep buying stocks for another month. It doesn’t matter, just another year.

Had Jane started investing after reading The White Coat Investor’s first article in 2011, she would have been successful even though it took five years to digest his advice and implement a financial plan during the historic bull market.

If I started investing in 2020, I might still not have a financial plan and would still be chasing speculative returns. I may have felt triumphant in February 2021 after months of proving the “experts” wrong and overcoming volatility. How could I be persuaded that I needed to learn about the history of financial markets? I would have thought I was an investment savant until the bubble burst, no matter when.

Our habits change with our identity

To paraphrase Housel again, we underestimate how much bad luck is responsible for the failure of others, and we overestimate the credit we deserve for our success (and vice versa). The more we perceive ourselves as deserving of our success (or failure), the more we reinforce our identity. The stronger our identity becomes, the harder it is to alter our habits when a change is needed.

For something as mercurial as investing, the less we identify with it as part of our identity, the better it might be for our long-term success. James Clear observes in his book Atomic Habits (a review) that our identity determines our habits because “behavior incongruous with the self will not last”. John’s identity as a “long-term equity investor” has served him well until retirement, but he can’t put together a conservative portfolio unless he sees himself as a “retiree who must withdraw from his savings”. Likewise, Jane acts on her belief that she is a good trader, and even painful experiences might not help her realize that only a few can be effective stock pickers. When John and Jane face risk they couldn’t see, it’s too late to protect their capital because the market moves faster than their identities can change.

But if bad luck played a role in the development of financially inappropriate or unhealthy habits, we don’t have to blame ourselves entirely for our failure. Because we are not born with such habits, we can change them too. For Jane, me, or anyone with human capital, it’s never too late to learn and unlearn habits. James Clear shares his observation not to be a defeatist but to offer a solution. He encourages us to develop “identity-based habits” by “acting like the type of person you already think you are.” For example, he shares:

“The goal is not to read a book, the goal is to become a reader.

The goal is not to run a marathon, the goal is to become a runner.

The goal is not to learn an instrument, the goal is to become a musician.

These examples should be familiar to WCI readers. Anyone can say they want to pay off their student loans. But if they embody their primary care physician identity, they’re more likely to spend like someone with a six-figure salary rather than someone with negative net worth. Instead, Dr. Jim Dahle motivated new attending physicians to pay off their student loans by “living like a resident.” If they are proud to live like residents, they can act on their identity until they are free from student loans. 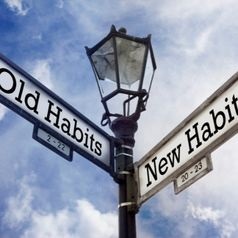 A Clear-Dahle remix would be: “The goal isn’t to pay off student loans, the goal is to live like a resident for 3-5 more years.”

We need a new identity for new habits and vice versa

Building habits of identity shouldn’t be seen as a “life hack” reserved for those new to personal finance, as it is necessary at every stage of the journey to and during financial independence.

An example: even though my parents are financially independent, they are reluctant to splurge when they are on vacation. I reminded them that they are financially independent sixties who don’t need to support their adult children now or later. I want them to know that business class flights match their identity. I hope that each taste for luxury reinforces their identity desire to prioritize comfort and new experiences over their life-saving tendencies or sense of parental responsibility.

In so many threads on the WCI Forums and Reddit, I’ve noticed that those who have been successful with their retirement savings still wonder if they’re doing well enough. Even if a person has paid off their loans and is well on their way to financial independence, the extent to which they can be less anxious about their finances may be limited despite having work or community insurance. They may have succeeded financially because they developed positive habits based on their parents’ example or past mistakes, allowing enough time for the compounding to work. But their financial habits now might not match what their spreadsheet (or accountant, financial advisor, etc.) is showing them.

Reading such threads is like seeing a reflection of myself in the future. On my journey to financial independence, I may discover that I have financial habits that I should have given up a while ago. I may be editing trades on Mint.com or looking for ways to increase my portfolio’s return. I may find it difficult to be more lenient with the financial mistakes of my family members; more generous with my time and money to others; and more forgiving with what I spend on my personal comfort. But maybe I forgot how lucky I was.

Without new habits, I will struggle to internalize my identity as someone who is fortunate enough to be financially independent. I will have to think about what type of doctor, investor, friend and family member I want to be for the next 10-30 years. Before my luck runs out, I should strive to become that person with my habits every day.

What kind of healthy financial habits have you formed? Have you succeeded in changing your behavior? Has your identity helped or held you back? Comments below!