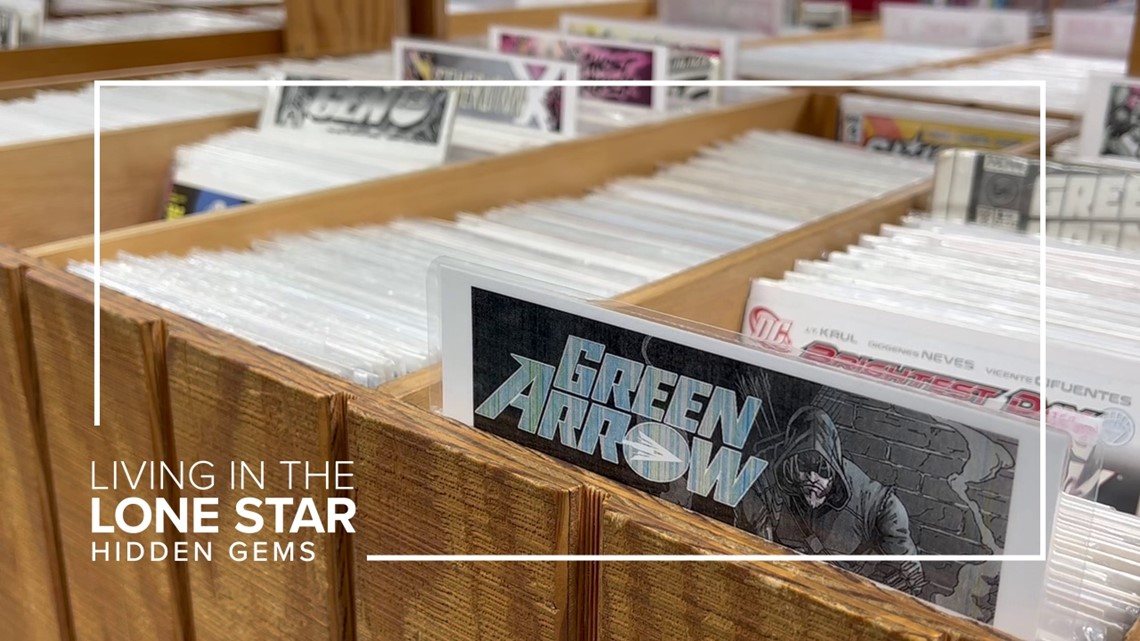 HOUSTON — Some of the hottest shows right now, such as Paper Girls, Sandman and The Umbrella Academy, are based on graphic novels. If you want to spot the next big hit, you’ll need to visit this bright blue building off US 59 between Kirby Drive and Buffalo Speedway.

If you’re looking for something related to sci-fi, fantasy, models, toys, games, etc., chances are it’s on the shelves there.

“We’re the oldest privately-owned comic book store in Texas,” said Third Planet General Manager Stephanie McFall. “TJ has been doing this for almost half a century. It opened a few years before Star Wars.”

Star Wars is a big chunk of Third Planet merchandise these days, but then and now, it’s the comics that draw customers in.

“There’s every genre you can think of,” Johnson said. “Everything from horror to comedy, superheroes, romance.”

The key idea in this space is that comics are for everyone, from collectors to beginners. Third Planet staff will help clients connect with their interests.

“Whatever you want, there’s a comic for that,” Johnson said.

They’re a great tool for kids, McFall points out.

“(Kids) love getting into comics because it’s that healthy balance of a TV show, because there’s pictures, but there’s still enough dialogue that they actually read and that they’re ingesting a story,” she said.

“We have a little something for everyone,” Johnson said. “Our business goes back a long way. We’re not like a corporate-type store where we just get the new stuff, pick it up, and get it out.”

So whether you’re looking for a $7,000 issue of The Incredible Hulk, adding to your Magic decks, supporting local artists, or just browsing, Third Planet is full of choices.

Click here for more information on the third planet.