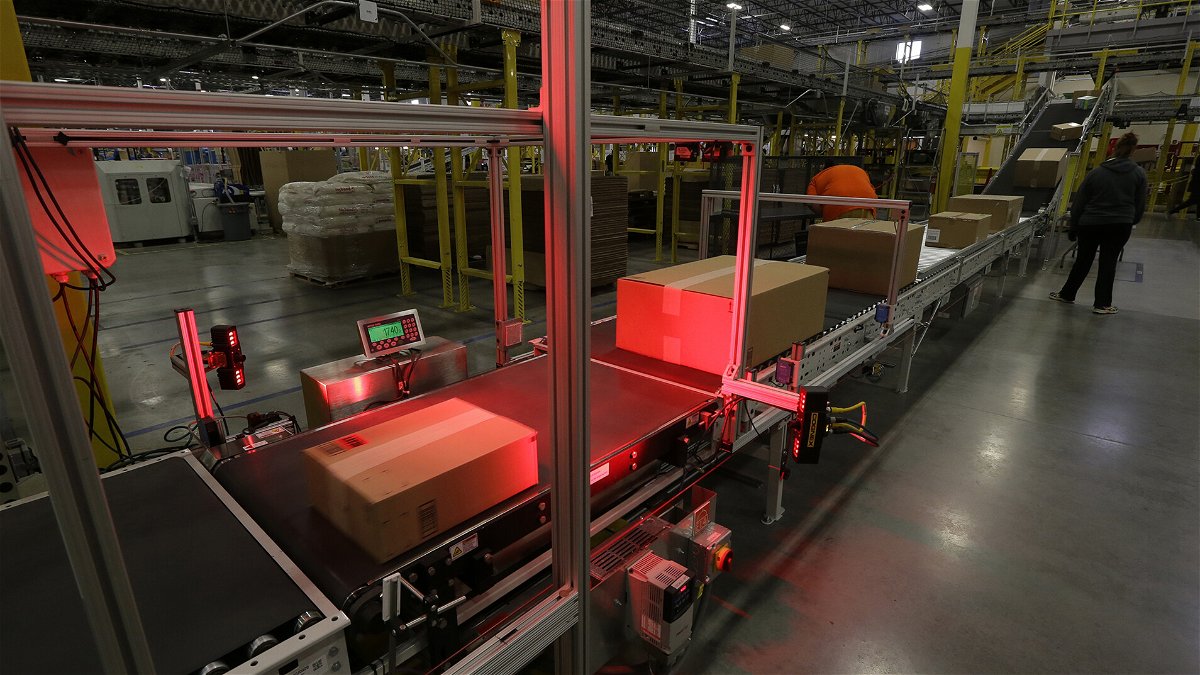 The serious injury rate at Amazon warehouses in the United States is more than twice as high as at other non-Amazon warehouses, according to new study which reviews injury data provided to the federal agency that oversees workplace safety.

Amazon employed 33% of all U.S. warehouse workers in 2021 but was responsible for 49% of all injuries in the industry, according to a report released Tuesday by the Strategic Organizing Center (SOC), a coalition of four unions.

The SOC, consisting of the Service Employees International Union, the International Brotherhood of Teamsters, the Communications Workers of America and the United Farmworkers of America, analyzed 2021 injury data that Amazon submitted to the Department of Labor’s Occupational Safety and Health Administration.

In 2021, there were 38,334 total recordable injuries at Amazon facilities, and of those, approximately 34,000 were considered serious injuries where workers could no longer perform their regular jobs or had to take time off work. work accordingly.

The SOC report comes as increased attention is paid to working conditions at Amazon facilities. Earlier this month, workers at an Amazon warehouse in New York became the first to unionize in the country over its 27-year history. The labor campaign has been catalyzed by tensions between Amazon and its warehouse workers during the unprecedented public health crisis, where some workers and union rights advocates have expressed concern that the company is prioritizing profits and productivity rather than safety.

Meanwhile, Amazon’s handling of workplace safety has come under scrutiny in its home state of Washington, where the Department of Labor and Industries last month Published a rare “intentionally serious” citation and a $60,000 fine to Amazon for knowingly exposing its workers to the risk of serious injury in violation of workplace safety laws. Amazon said it strongly disagrees with the claims and is considering appealing the citation.

The latest SOC report follows a June 2021 report from the same group which looked at similar data from 2017 to 2020 and also found that Amazon warehouses were more dangerous than other facilities.

The new report, which notes that injury rates remain higher in the company’s robotic warehouses than in its non-robotic warehouses, found a notable drop in injuries in 2020 compared to the previous year. The report notes the temporary easing of Amazon’s productivity tracking in the early months of the pandemic as a possible contributor.

In a statement regarding the SOC report, Amazon spokesperson Kelly Nantel said the company has hired “tens of thousands of additional people to help us meet the unforeseen demand from Covid-19.”

“Like other companies in the industry, we have seen an increase in recordable injuries over this period of 2020 to 2021 because we have trained so many new people – however, when you compare 2021 to 2019, our recordable injury rate was down more than 13% year-over-year,” Nantel said.

The SOC report shows that last year’s injury rate was the second highest in the company’s five-year history, with 2019 recording the highest rate.

“While we still have work to do and we won’t be satisfied until we excel at safety, we continue to make measurable improvements to reduce injuries and keep employees safe, and appreciate everyone’s hard work. our employees and safety teams who contribute to this effort,” said Nantel.

A year ago, Amazon founder Jeff Bezos declared his desire to make Amazon the “safest place to work on Earth.” Amazon last year announcement it would pass $300 million for safety-related projects, including rolling out an initiative called WorkingWell to provide “scientifically proven physical and mental activities, wellness exercises, and healthy eating support for help rejuvenate and re-energize, and ultimately reduce the risk of injury.” “WorkingWell, the company said, would help it achieve its goal Halve recordable injury rates by 2025.

Meanwhile, earlier this month, the House Oversight Committee sent a letter to Amazon CEO Andy Jassy demanding documentation of the company’s labor practices after six employees were killed in December while working at a tornado-hit Illinois fulfillment center . OSHA is also investigating deaths at the facility and one of the families is sue the company.