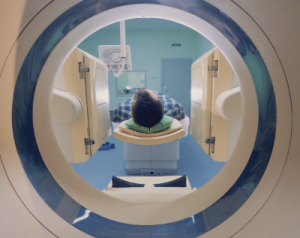 When it comes to lung health, Kentucky has its challenges.

The Commonwealth has one of the highest rates of lung disease in the country – about 50% higher than the national average – in part due to the state’s high rates of smoking and radon exposure.

The fact is, most people don’t get diagnosed with lung cancer until it’s too late. Low-dose CT scans can detect lung cancer when it is curable, but only a fraction of eligible people benefit from this test.

Fighting to Breathe: Lung Disease in Kentucky is a new three-part series from KET, plus a KET forum, that examines the little-known history of lung disease in Kentucky: the causes, the impact on sufferers, and exciting new developments in treatment. and prevention.

Hosts Renee Shaw and Dr. Wayne Tuckson chat with researchers, experts, advocates and survivors who reveal eye-opening information that challenges our basic assumptions about lung health. Along the way, viewers will learn about the anatomy of the respiratory system as well as the resilience and vulnerability of the human lung which inhales and exhales over 400 liters of air per hour.

The threats around us

Every minute our lungs are fighting and expelling unwanted particles, toxins and biological agents. The COVID-19 pandemic has been a wake-up call to remind us that no one is immune to respiratory invaders. In this episode, we look at the top threats to lung health, especially in low-income communities, and what happens when lung defenses are overwhelmed.

COPD and asthma are two of the most common chronic lung diseases. In this episode, we explore the causes, diagnosis (and misdiagnosis), and best practices for the clinical treatment of these diseases. The program also features new research from the University of Kentucky and examines innovative public health measures to address these conditions. 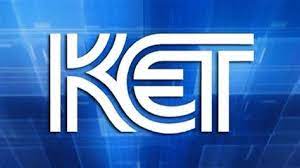 Until very recently, the news about lung cancer was uniformly bleak. However, with the advancement of low-dose CT scans to detect early lung cancers in smokers and former smokers, the tide is changing. In this episode, we look at how these scans save lives and the need for more people to take advantage of them. Also being explored are new treatments for lung cancer – targeted therapies and immunotherapies – that increase survival rates. And we learn more about the 20% of lung cancer patients who have never smoked and who desperately want others to understand that we are all at risk for lung cancer.

Fighting for Breath: A KET Forum

This hour-long forum explores next steps in the fight to reduce the burden of lung disease in the Commonwealth and improve the respiratory health of all Kentuckians.

fight to breathe is funded, in part, by grants from the Foundation for a Healthy Kentucky and the Kentucky Medical Association (through a grant from the Anthem Foundation).

KET is Kentucky’s largest classroom, where learning comes to life for more than one million people every week via TV, online and on mobile.