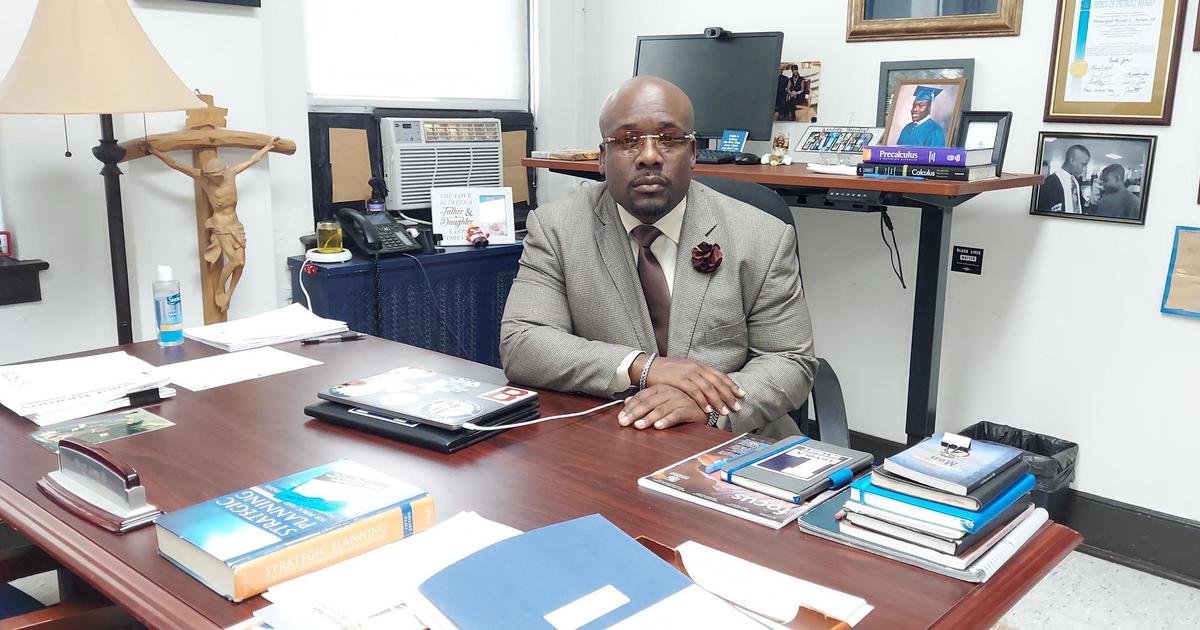 Students and staff begin their day together with morning prayer which includes the statement “education is the path to my freedom”.

He continues to lead the way in that freedom serving in his 8th year as a director with the mission to make an impact and help save young black men in Detroit. His father, Deacon Wyatt Jones II, started the program nearly 30 years ago with a similar formula to higher education that sent more than 400 students to college.

“Getting into college is good, but staying in college is something else. We’re looking at what it takes to graduate in six years and we’re four times ahead of our peers here in the city,” Principal Jones said.

Athletics is a winning trend at Loyola, but education takes first place. The joy of learning is common among students. Committed to social and emotional learning, classroom sizes are designed to work with an intimate learning environment with a ratio of 13 students to 1 teacher.

“I love everything about this school,” said sophomore and basketball player Joseph Rinchetti. “When I came here I didn’t know if I would like it because it was all boys, but it’s like everyone can be themselves.”

Respect also plays a crucial role in student success and relationships at Loyola. Josiah Sharp, a junior in high school, says his first impression with the rules and disciplines took some tweaking, but with respect at the center, it became a habit.

“My respect for each other grew,” Sharp said. “I have respect for everyone. When I came here I didn’t have that, I would say.”

Today is different for many reasons, one being Wyatt Jones III.

“He’s the difference. He’s committed to us and we are,” Sharp said.

“It’s very clear to our students that they treat him as the principal, but they also treat him with respect and admiration and they emulate,” Smith said. “They see him as a true role model of what kind of man and what kind of man for others they can be.”

Jones is the author of a book called The Urban Playbook where he inspires others across the country to see his success and replicate it.