But parks like this are not oases, nor a public good. Since the High Line opened in New York in 2009, high-end green spaces with significant private funding, like the 606 in Chicago and the BeltLine in Atlanta, have become reliable tools for increasing property values. and stimulate the development of luxury, uprooting workers from old affordable prices. neighborhoods in the process, in other words, tools to design gentrification. Originally designed by civic-minded members of the community, the High Line is today a model for cities and investors who want to remake entire neighborhoods for the wealthy.

Little Island, for its part, looks more like a death rattle than a new stage in life. The park was funded by media mogul Barry Diller and will be overseen by the Hudson River Park Trust, a non-profit organization established in 1998 by New York State to develop a park along part of the coastline of Manhattan. While Little Island is technically public, it has no clear purpose other than to sell us the elegant fantasy of a SimCity billionaire. What happens when a neighborhood reaches a saturation point for gentrification and a city simply gives up the trick that it is more than a playground for tourists, the “creative class” and the absent real estate investors? Little Island may offer the first real post-High Line response.

The need to confront the problem is as urgent today as it was when Rego created his series. Art can be a powerful tool: the impact of Rego’s series was so great that it helped sway Portuguese public opinion towards a successful second referendum in 2007.

Rego’s work is on display at Tate Britain at a particularly poignant time, as the UK government is currently considering whether to make home abortions a permanent option in England. Introduced temporarily during the pandemic, the measure allows pregnant women up to 10 weeks pregnant to receive the medical pills necessary for dismissal. It eliminates the need to go to a clinic, facilitating access for the most vulnerable in society.

Second surprise: nearby, two small paintings made in California in the 1920s amplify the possibilities of discovering little-known artists. Miki Hayakawa (1899-1953) and Yun Gee (1906-1963), Bay Area immigrants from Japan and China, respectively, and students together at the California School of Fine Arts, sum up a fractured period and tumultuous.

Hayakawa’s portrait of a handsome, dapper young black man derives from the post-impressionist technique of Paul Cézanne. The figure and its abstract space are chiseled from an ordered patchwork of short and thoughtful brushstrokes.

Regarding the visual arts, we have to thank the Dutch artists for making bubbles a popular topic. In 1574, the Dutch painter Cornelis Ketel depicted a husky putto (cherub) standing against a cloudy sky on a bed of grass, blowing bubbles. The above inscription, in Greek, says “man is a bubble”. This sign is on the reverse of a portrait of Adam Wachendorff, the secretary of the London offices of the Hanseatic League, a trade alliance of European cities.

“It is likely that Ketel’s painting offers the first appearance of a soap bubble, as opposed to the more traditional air bubble on a water surface as in Lucian’s Dialogue,” writes mathematician Michele Emmer in the Leonardo review. (In 2019, Emmer hosted a monographic exhibition on Bubbles Through the Arts in Perugia, Italy.) In 1594 Hendrik Goltzius made bubble and putto-themed prints that made the soap bubble a enduring theme of Dutch art. In one titled “Homo Bulla,” a putto leans languidly on a skull as he distractedly watches the bubbles he just blew.

In her letter to the editor, Kimberly Orcutt writes: “The traditional definition of racism, as I understand it, are words, actions or attitudes that show prejudice based on race. While it is true that this is in some respects a traditional definition of the term, it is equally true that it is a somewhat flattened definition. Focusing on instances of racism adopted or adopted by individuals or institutions, it ignores the systems of power that uphold iniquity. Systemic, structural, or institutional racism, unlike traditional definitions of racism, offers a correction by opening the conversation to include a discussion of the accumulated beliefs, policies, practices, and patterns of discrimination that have assumed white superiority and have devalued and threatened the lives of people of color. Or as the bestselling author of So you want to talk about race Ijeoma Oluo puts it succinctly: “racism [is] a prejudice against someone based on race, when these prejudices are reinforced by systems of power.1 Art, as a social system, participates in the exploitation, minorization and marginalization of people of color, and therefore its study also engages in this discussion. As Jane Pickering, Director of the Peabody Museum, noted, “Museums and archives today are in the throes of profound change as they grapple with the heavy legacies of colonialism, imperialism and civilization. slavery, all of which played a fundamental role in building the cultural institutions of the Western world. By exploring and recognizing the complex histories of their institutions, academics and museum professionals take a fresh look at the objects, documents and photographs preserved and preserved in these collections.2 We at Panorama are part of this re-evaluation and re-evaluation because we publish research on museum collections, institutions and archives.

In some young people today like these two in my writing workshop, I see what I find more and more disturbing: a seizure of composure, a hunger to take and to take and to take, but never to give; a massive sense of entitlement; an inability to show gratitude; an ease with dishonesty, pretension and selfishness that is articulated in the language of self-care; an expectation of always being helped and rewarded, whether he deserves it or not; smooth and elegant language but with little emotional intelligence; an astonishing level of self-centeredness; an unrealistic expectation of Puritanism on the part of others; an exaggerated sense of ability, or talent where there is none at all; an inability to apologize, truly and fully, without justification; a passionate performance of virtue that is executed well in the public space of Twitter but not in the intimate space of friendship.

I find that obscene.

Things start out slowly in the simulation, but the rate at which civilization spreads really increases once the power of exponential growth kicks in. But that’s only part of the story; the rate of expansion is strongly influenced by the increased density of stars near the galactic center and a patient policy, in which the colonists wait for the stars to come to them, the result of the galaxy rotating on its axis.

The whole process, in which the entire inner galaxy is installed, takes a billion years. It may sound like a long time, but it’s only between 7% and 9% of the Milky Way’s total age.

Fox, the GOP’s main propaganda outlet, is playing a key role in this strategy. The network has mentioned “Critical Race Theory” almost 1,300 times in the past three and a half months. The supposedly sinister spread of “critical race theory” provides the perfect framework for Fox’s technique of highlighting local concerns to fuel the culture war. The network overloads individual, sometimes dubious, stories that filter through with the help of nationally backed local activists, other right-wing media and social media. Fox has targeted the alleged influence of “Critical Race Theory” in US businesses, the military and especially schools, welcoming parents, teachers and other educators to explain how they do not want it. be taught in their communities.

In several of those cases, the locals Fox has highlighted are also Republican strategists, conservative think tanks, or right-wing media figures – ties the network has downplayed or ignored altogether. This trend is particularly noticeable when Fox covers controversies over “critical race theory” in Northern Virginia, a dormitory community in Washington, DC, in a state where GOP candidate for governor Glenn Youngkin has sought. to make its opposition a central issue in the fall.

But as America slumps into plutocracy, our problem is not the level of virtue of billionaires. It is a set of social arrangements that allow anyone to acquire, keep and retain so much wealth, even as millions more lack food, work, shelter, health, connectivity, education, dignity and opportunity to pursue their happiness.

There is no way to be a billionaire in America without taking advantage of a cruelty-based system, a system in which the tax code, labor laws, and regulatory apparatus prioritize your needs over those of the most people. Even noted, the good billionaire Mr. Buffett profited from the sugary drinks of Coca-Cola, the fight against the unions of Amazon, the oil drilling of Chevron, the predatory loans of Clayton Homes and, like the country the recently learned of the failure to tax billionaires on their wealth.

The required reading is posted every Saturday and includes a short list of art-related links to long-form articles, videos, blog posts, or photo essays worth checking out. 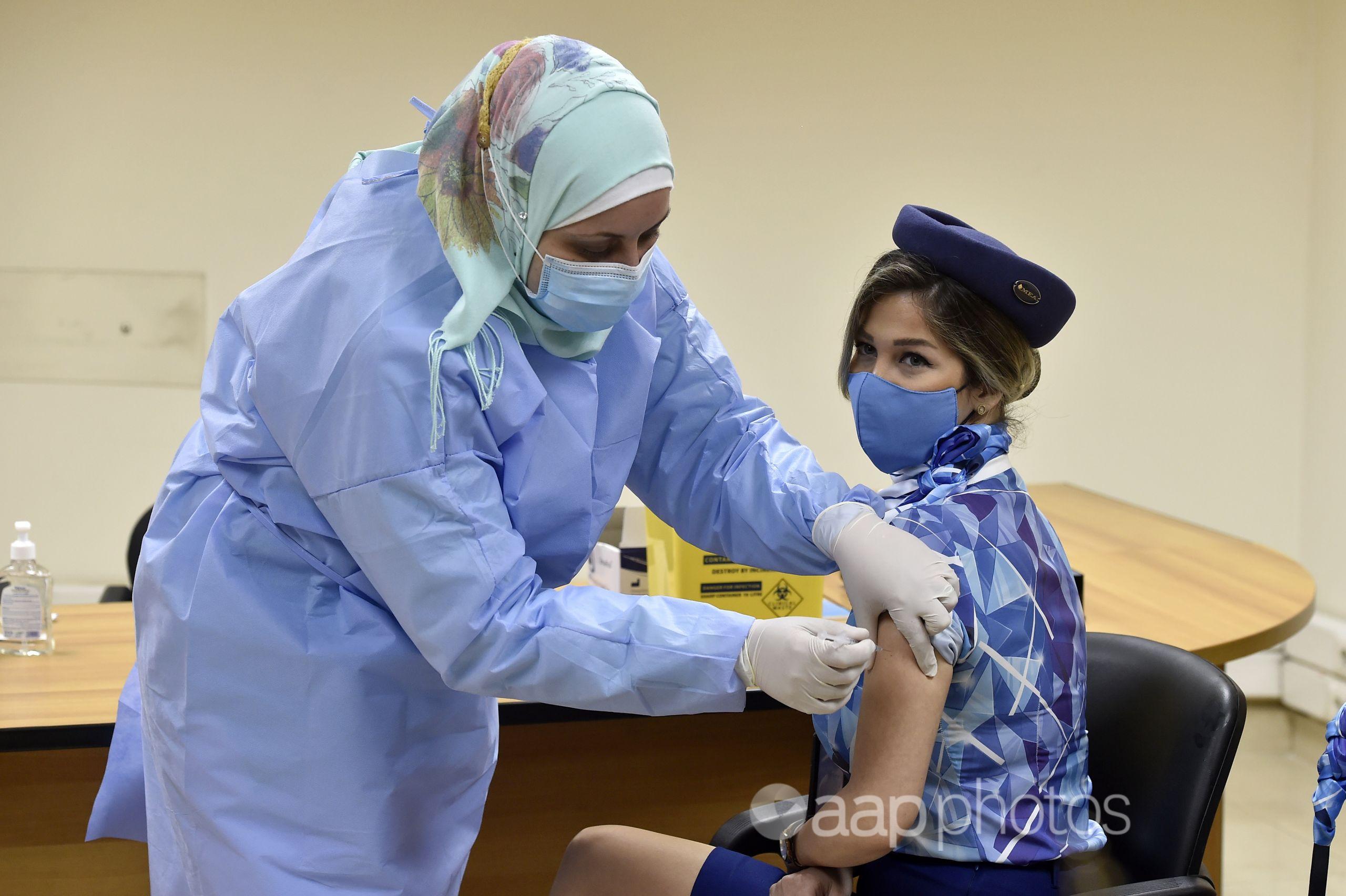