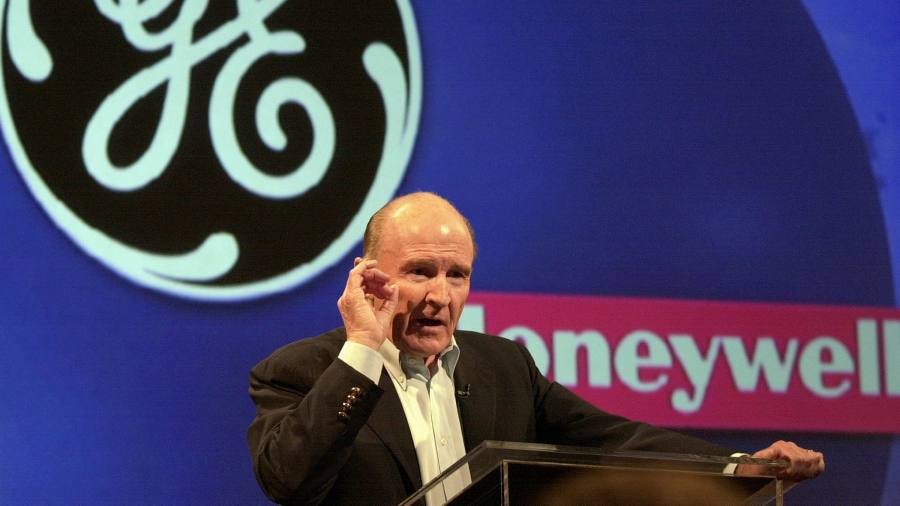 It’s an oft-quoted statistic that about 70% of mergers fail. McKinsey’s 2010 report, from which this estimate is taken, echoes the consistent conclusion of four decades of academic research: most mergers bring no improvement in operating profit.

Yet despite the weight of evidence, huge and ever-increasing sums are being spent on mergers and acquisitions – around $5 billion globally in 2021 – and, by some measures, the number of deals has increased forty-fold in 2021. forty years.

Should we expect fusion rates to continue to increase, accompanied by very high failure rates? Absent changes in the current framework, no doubt. The many talented, hard-working, highly skilled, law-abiding, and revenue-maximizing M&A market participants will continue to promote destructive mergers. It would be surprising if they didn’t.

There are three intertwined prongs in this argument. First, contracts (both explicit and implicit) often reward key players in the M&A market – executives and advisers – for deals that result in zero or negative operating gains.

Second, legal and tax provisions often allow acquirer management, and shareholders in these cases, to extract economic rent from other stakeholders in transactions that generate no operating profit.

“Show me the incentive and I’ll show you the result,” said Berkshire Hathaway Vice Chairman Charlie Munger. Incentives for bidder CEOs were the subject of a 2007 analysis by Jarrad Harford and Kai Li, which concluded that “even in mergers where bidder shareholders are worse off, bidder CEOs are better off three quarters of the time. One of the factors in this regard is the strong link between the CEO’s salary and the size of the company. Acquiring another business is one of the easiest ways to grow.

For example, the London Stock Exchange Group’s purchase of Refinitiv for $27 billion in 2021 immediately tripled the acquirer’s revenue. LSE boss David Schwimmer was “rewarded with a 25% increase in his base salary. . . to reflect the increase in size of the LSE following the purchase of Refinitiv”. Yet in the same month, LSE shares fell 25% on concerns about its ability to extract synergies from the acquisition.

In an attempt to align the interests of executives with those of shareholders, the past three decades have of course seen the increasing use of bonuses linked to performance measures such as earnings per share. But there are particularly rich opportunities offered by mergers for compensation tied to gambling performance, through morally dangerous borrowing, and through tax evasion and creative accounting, procedures that offer enhanced compensation and benefits without real improvement in the underlying operational performance that matters most to most people. economy.

Rewards to the CEO for increasing company size are sometimes defended on the general grounds that a larger organization is more difficult to manage. But growing through particular means of acquiring rivals can often bring the CEO a calmer life. In The curse of greatnessauthor Tim Wu describes how Facebook gobbled up Instagram and WhatsApp when their innovative products presented a challenge.

But don’t the non-executive directors limit the agreements interested by the managers? That’s not how it worked at General Electric, which during Jack Welch’s two decades in office bought companies at the rate of one a week. A recent book by Thomas Gryta and Tedd Mann provides insight into life in the GE boardroom:

A newcomer to the board under Welch was taken aback by the CEO’s command of the boardroom and the sparse debate within the group. Confused by how the meeting was going, the new manager then asked a more experienced colleague, “What is the role of a GE board member?”

What about the investment bankers, lawyers, accountants and consultants hired by the acquirer? In practice, it is unreasonable to expect professional advisers to warn against a deal they doubt will improve operating profits, while the executives who hire them (and might hire them again) do not express such doubts and support him to the end. After all, the impressive advisor fees are tied to closing the deal, not post-merger operating gains – fees of about $1.5 billion in the case of AB InBev’s merger with SABMiller, which was followed by unimpressive financial performance.

In some cases, mergers resulting in operating losses may still benefit the acquirer’s shareholders. Here, it is the other stakeholders who pay the price, thanks to legal, tax and central bank measures favoring shareholders and managers to the detriment of many others: taxpayers, creditors, retirees. . .

Leveraged acquisitions can amplify shareholder profits even when operating profits fall. Of course, more debt means a higher risk of failure. But because of limited liability clauses, much of the downside risk associated with low capital buffers is borne by others – moral hazard in action.

An illustration is provided by Carillion, the former British construction company. It had been built through a series of acquisitions and relied heavily on debt financing. When it failed, it owed around £2billion to 30,000 suppliers, who would receive little from the liquidators, and some of whom were themselves put out of business. Other victims included members of the systematically underfunded Carillion pension fund.

This incentive to make acquisitions not justified by operating gains is reinforced by taxation. In most jurisdictions, corporation tax is not levied on the portion of profits paid as interest to lenders. This privileged treatment makes it even easier for investors to turn low operating profits into increased surpluses via a debt-financed merger. And the advantage can be particularly valuable in cross-border transactions.

Former tax inspector Richard Brooks writes in The Great Tax Heist that “a cross-border takeover is to British tax lawyers and accountants what a well-fed, lame wildebeest is to a pack of lions”. Its examples include Spire Healthcare, acquirer of Bupa Hospitals, “wiping out its taxable profits by paying 10% overseas interest”.

The incentives for unprofitable mergers offered by morally unsafe borrowing and tax subsidies have been further enhanced in recent years by manipulation of the debt market by central banks, driving down interest rates. Cheap debt has been described by McKinsey partner Bryce Klempner as “the lifeblood of private equity.” And private equity has of course been a major force in the M&A market in recent years with its business model of buying companies, over-leveraging them and selling them a few years later. The model then benefits not only from the imposition of downside risk on other stakeholders, but also from the generous tax treatment of debt financing and central banks keeping interest rates low.

To complete the package of benefits, the executives of these private equity firms have benefited in the United States and the United Kingdom from preferential tax rates on their personal profits resulting from mergers and acquisitions, called “carries”. In the words of one FT leader: “The result was to foster a generation of redeemed billionaires who paid lower tax rates than their cleaners.”

A famous illustration is provided by GE’s spending spree – some 1,700 acquisitions between 1980 and 2017 – followed by its decline and dismemberment. Critics have recounted the creative accounting devices GE has employed, such as adjusting for expected future costs of multi-period contracts, falsifying inventory values, writing out the “fair value” of assets acquired, and channel stuffing (to drive sales).

Governments, regulators and non-executive directors could put in place a range of measures to eliminate or mitigate these problems in the M&A market. It’s not like all of this is inevitable — there’s a lot to be done to make this dysfunctional market much more efficient than it is now. But in the current framework, there is every reason to assume that the disappointing results of the M&A market will continue unabated.

Once the clues are tracked on incentives, rent extraction, and creative accounting opportunities, the frequent pursuit of unproductive mergers turns out to be no mystery. And major merger participants are unlikely to seek to change the status quo themselves. On the contrary, as Neil Collins writes:

Think of the impact of a “transformational” deal, the thrill of the chase, the media spotlight, the bragging rights and, of course, the massive pay raises. You will be number one! By the time it all ends in tears, the executives who trashed shareholders are long gone with their winnings. . .

The authors’ book, The Merger Mystery, is free download