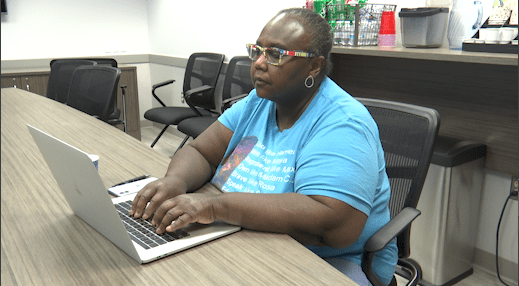 Jahzavier Anderson, owner of the Coastal Elite Pirates professional basketball team and a member of the chamber, said he was happy to have hired someone like him for the job.

Of the chamber’s more than 2,000 businesses and nonprofits, 143 are minority-owned.

Anderson said he hopes the new manager will help that number increase.

“I think she will do a better job of going inside the community, letting people know what it is, because I just found out two years ago what it really was, so it That’s how I really got into the business,” Anderson said.

The MBACC’s Director of Diversity, Equity and Inclusion, Danette Patton, will be responsible for many things, including reviewing HR practices to recruit and retain talent internally for the chamber and to be a global resource for chamber members.

“Be more involved when it comes to, we have Heritage and Culture Months coming up, so make it big within the chamber and then get out into the community,” Patton said.

Chamber President and CEO Karen Riordan said she conducted an organizational assessment last year and the hiring of a director for diversity equity and inclusion was one of the key recommendations of this evaluation.

“We’ve had a number of people in the organization who have worked on DEI, but we felt like really emphasizing how important that role is and how committed we are to DEI, that he was really important that we make a strategic hire in 2022 and that would be to hire a new manager,” Riordan said.

Anderson said he hopes the new positions allow more diverse voices to be heard and supported.

“The bedroom helps me tremendously,” Anderson said. “They always push me in the right direction, everything I needed, they were there, so for them to take that step because picking someone of color is a big plus in my book.”