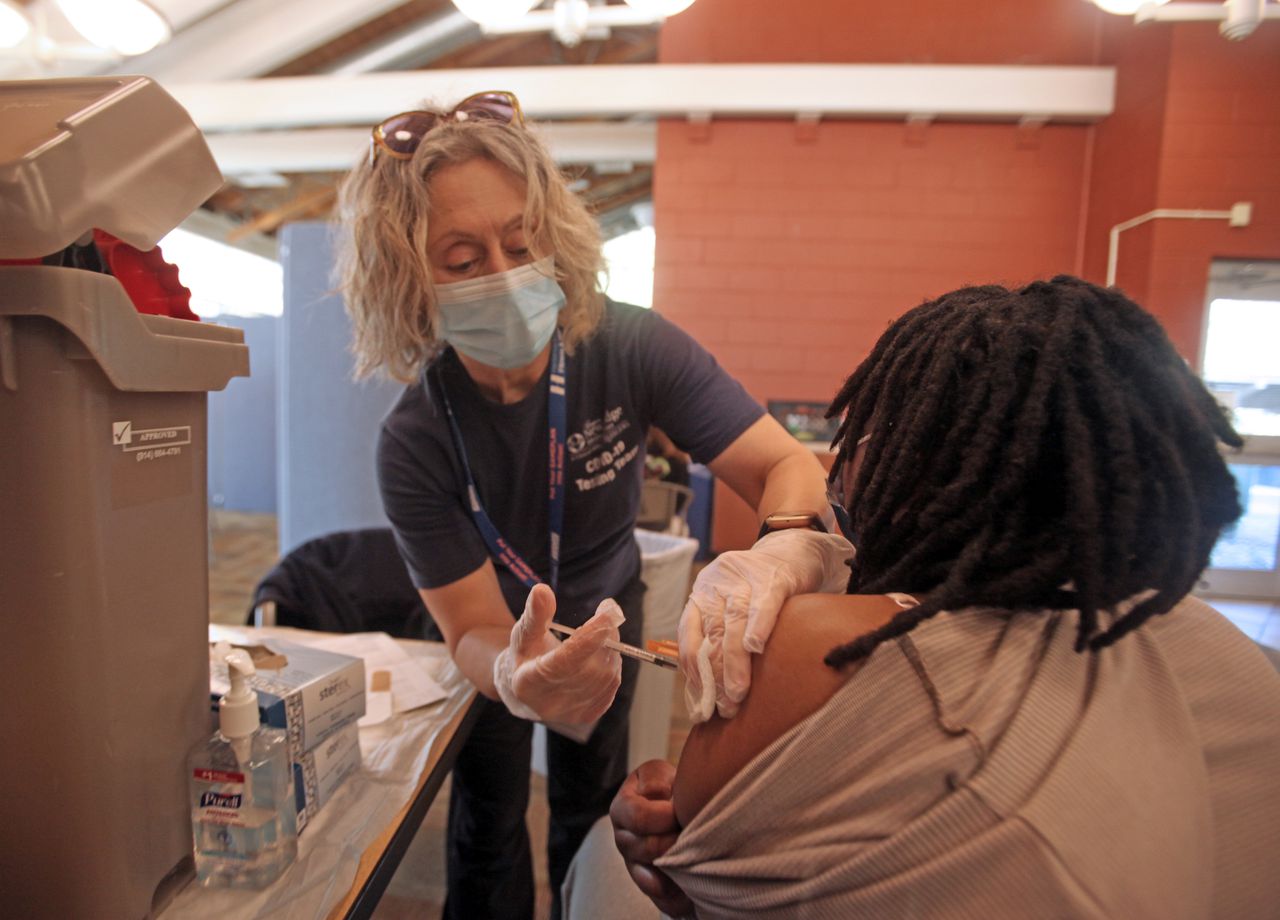 New Jersey reported another 1,731 confirmed on Saturday COVID-19[female[feminine cases and 52 deaths as measurements continue to indicate the pandemic is rapidly waning from the peak of the omicron wave.

The state’s seven-day average for confirmed positive tests fell to 1,848, down 33% from a week ago and 93% from a month ago. This is the lowest average since November 28.

As of Friday evening, there were 1,593 patients with confirmed or suspected coronavirus cases at New Jersey’s 71 hospitals. This is the lowest number since December 11. Hospitalizations have fallen steadily since an omicron-fueled peak of 6,089 on January 11.

New Jersey’s statewide transmission rate on Saturday was 0.48, well below the key benchmark of 1.

The state recently recorded a high transmission rate of 1.92 on January 1. Any rate below 1 indicates that the epidemic is in decline, with each new case resulting in less than one additional case. When the rate is 1, it means the outbreak has stabilized at its current numbers.

The statewide positivity rate has also declined since the start of the month. The rate of tests performed on Monday, the last day available, was 4.70%. The rate had been above 30% in the first weeks of January.

Officials point out that daily death reports do not reflect deaths that have occurred in the past 24 hours and that reports are sometimes delayed by days or weeks as deaths are investigated and certified. .

The recent surge in cases in New Jersey has come as more people are getting tested than ever before. The state also reported 529 probable cases of rapid antigen testing at medical sites on Saturday.

Officials say the number of cases is likely significantly underestimated because many residents are taking home tests, the results of which are not reported to the state. The federal government recently began sending free home tests to residents.

All 21 counties in New Jersey are still listed as having ‘high’ rates of coronavirus transmission, according to the US Centers for Disease Control and Prevention. The agency recommends that all people in counties with high transmission wear masks for indoor public places, regardless of their vaccination status.

New Jersey, an early coronavirus hotspot, has now reported 32,374 deaths — 29,437 confirmed deaths and 2,937 probable deaths — in the more than 23 months since the pandemic began here.

The state of 9.2 million people has third highest number of coronavirus deaths per capita in the United States – behind Mississippi and Arizona – according to the latest data released Thursday.

New Jersey has reported 1,852,866 total confirmed cases out of more than 17.2 million PCR tests performed since the state’s first case was announced on March 4, 2020. The state has also reported 291,184 antigen positive or rapid tests, which are considered probable cases.

As of Friday evening, there were 1,593 patients with confirmed or suspected cases at the state’s 71 hospitals. That’s 48 less than the day before. There were at least 228 patients discharged Friday from those hospitals.

Among those hospitalized, 310 people were in intensive care (12 fewer than the previous night) and 197 were on ventilators (four fewer).

More than 6.67 million of the 8.46 million eligible people who live, work or study in New Jersey have received the first round of vaccinations and more than 7.6 million have received a first dose since vaccines began here on December 15, 2020.

More than 2.87 million of the 5.56 million New Jersey residents eligible for boosters have received one.

Officials continue to stress that while vaccinated and boosted residents can still catch the virus, they are less likely to spread it and much less likely to be hospitalized or die, especially those who received booster shots. It also helps ease the pressure on hospitals, they say.

The state does not release a daily breakdown of the vaccination status of those who test positive, are hospitalized or have died from the virus. Instead, officials release numbers over a period of time.

The 2.46 million people who were unvaccinated or who did not complete the initial round of vaccination accounted for 299,679 cases during this period. These cases resulted in 3,290 hospitalizations and 633 deaths.

With 3.6 million residents having received only a first course of vaccination (one dose for the Johnson & Johnson or two doses for Pfizer or Moderna), there were 174,035 breakthrough cases which resulted in 1,775 hospitalizations and 350 deaths.

For the 2.67 million people who received boosters in addition to their initial vaccine, there were 54,629 breakthrough cases that resulted in 600 hospitalizations and 126 deaths.

Cases continue to be reported among school staff and students in New Jersey, but not at the levels seen during the peak of omicron wave activity just after the holidays, according to state Health Department figures. that track infections regardless of where transmission has occurred. .

Since the start of the school year, 102,237 students and 28,583 school staff have contracted COVID-19, although the state has never had more than two-thirds of school districts reporting data during one week.

The state provides the total number of student and staff cases separately from those considered school transmission, which is narrowly defined as three or more cases linked through contact tracing. New Jersey has reported 484 total outbreaks in schools, including 3,255 students and staff.

According to status data. There have been active outbreaks at 545 facilities, resulting in 12,402 current cases among residents and 14,419 cases among staff according to the latest data.

On Saturday, more than 409 million cases of COVID-19 were reported worldwide, according to Johns Hopkins University, with more than 5.80 million people dying from the virus. The United States has reported the most cases (more than 77.6 million) and deaths (more than 918,700) of any country.

More than 10.1 billion doses of vaccine have been administered worldwide.

Our journalism needs your support. Please subscribe today to NJ.com.

Josh Solomon can be reached at [email protected].

Companies Act to be amended this year: Secretary of Commerce