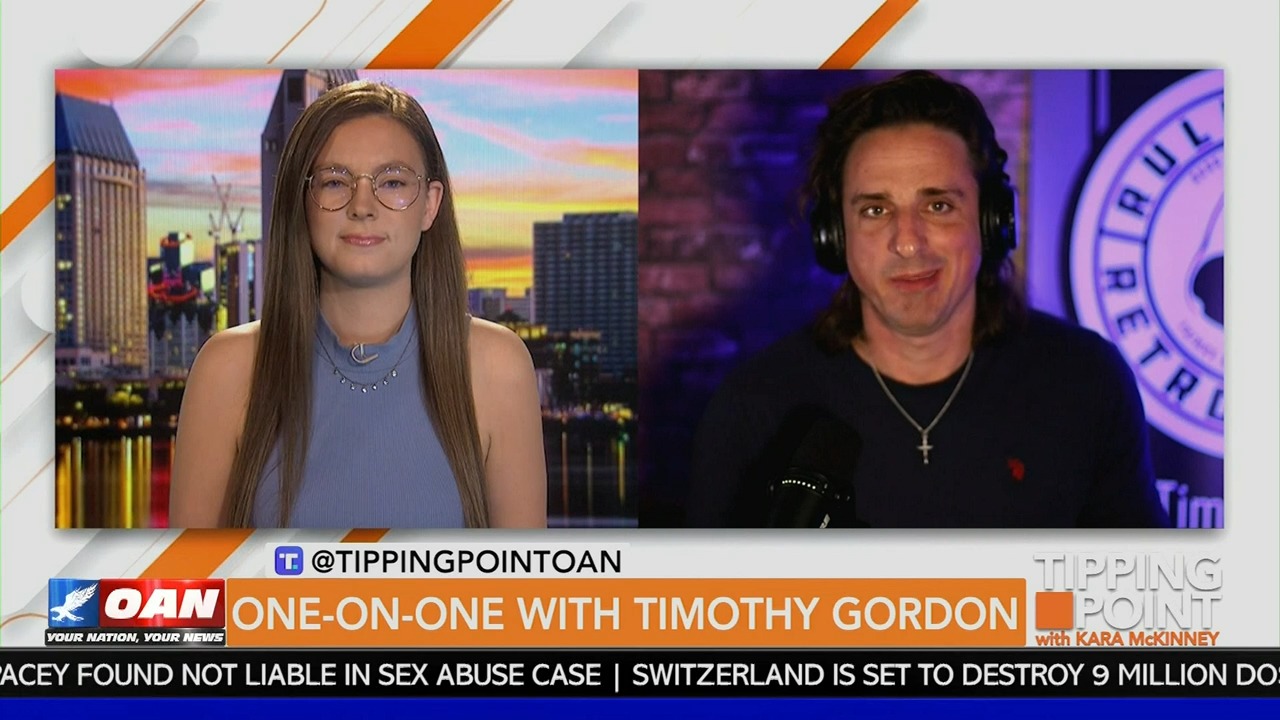 Quote
From the October 21, 2022 edition of One America News Network The tipping point

KARA MCKINNEY (HOST): Is this a direct symptom do you think, an outgrowth, of the masculinity crisis that we have in the West? Because we no longer have strong men to hold back those who do evil.

TIMOTHY GORDON (GUEST): Post-Christian humanity is savage. Caught between an echo chamber on one side, the secular people who are either men taking advantage or on the Christian side, the post-feminist Christian side, the men who are basically toothless, toothless, Ned Flanders and what which must be happening as you saw a little while ago with that bus sequence, real men, fashioned after Christ, must rise up and begin to take over western civilization. Be strong, be tough, be virtuous and defend the weak.

MCKINNEY: You know that’s absolutely true because what they’ve been telling us for so many decades now that, you know prioritizing masculinity as stated in the Bible, that’s how we get violence and aggression. And yet, we have seen the opposite. That’s when we subvert, you know, real masculinity and real men in their status in society. What did we see? We have seen the violence increase. You see a lot more, you know, weak men. The kind that preys on women, the kind that preys on children. Those who attack you know, as I said, the vulnerable people on the street. Do you think this actually shows the reverse of what we’ve been told for so long?

GORDON: Absolutely. Masculinity, like true monarchy, is what we should expect in a well-ordered society. Why do feminists and those who have accepted feminist premises always assume that to be masculine or to be royal is always to be tyrannical? It’s messy and what should be the rare example of such a thing. A second ago, Kara, you said it’s more disturbing that no one is stepping up and defending this young woman than the fact that there are abusers themselves. That’s absolutely correct. We know there are savages in the world. They must be defended, dispatched, eliminated or at least neutralized, in a context proportionate to the situation. And, do not be surprised, there will always be savages. What is shocking in a post-Christian world is that no man stands up to defend the weak.

MCKINNEY: It’s sad that as we see Christianity recede, the pews get emptied more and more over the years, society becomes anti-Christian in one aspect, and then it starts attacking the church, you know , with hatred and vitriol, but also in the same way we see paganism making a comeback. Both, you know, left and right margins. Especially on the left with lots of occult imagery. Me and one of my off-camera producers always talk about Barnes & Noble, you can’t walk into a Barnes & Noble these days without witchcraft and occult imagery everywhere. And it’s really being forced on people right now. Do you think this kind of pagan idea of, you know, the strong dominate the weak, you know, Vae victis, you know, woe to the vanquished. It is also a kind of throwback to the post-Christian era that you describe.

GORDAN: Yeah, remember, that’s a great point Kara. Remember that the original sin between Adam and Eve in the garden is the sin of feminism. A sin of omission on the part of Adam and a sin of commission on the part of Eve. So we have to know that all of the subversive revolutions that we’ve seen in the last 300 years, starting with the French Revolution, the Russian Revolution — always involve as their centerpiece, a sexual revolution. This is how they demoralized and destabilized the best and most stable regimes the world had to offer. And what we’re going through now is if you look at figures like Andrew Tate, a kind of overcompensation of feminism. Everyone knows that feminism is wrong at this point. Anyone with half a brain. But those who don’t respond from a Christian perspective of strength, I mean manly manly strength, but restrained strength, which is the essence of the male Christian, restrained strength. Will answer in a messy way even if he gets 70% of the equation. Look at it, look at Andrew Tate’s question. Look at the red pill manosphere. Masculinism attempts essentially neo-pagan viewpoints. Only Christian masculinism can answer. Only Christian masculinism can save Western civilization.

Official opening of a new bookstore in downtown Twin Falls