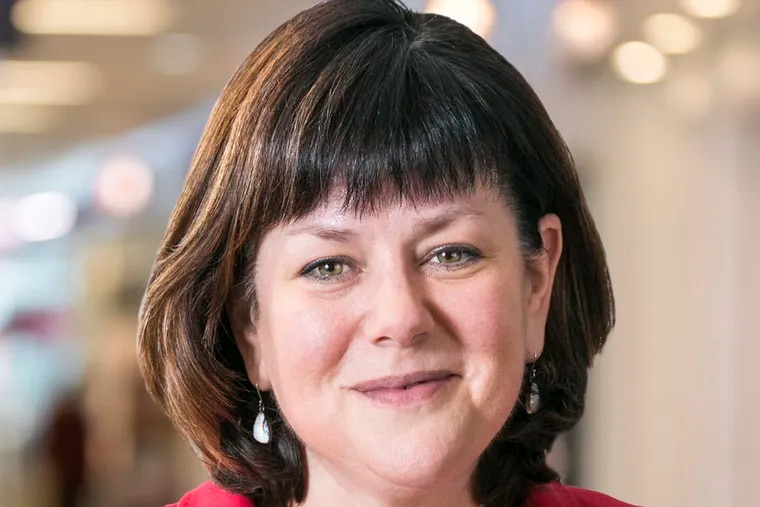 She is the first woman to head the chamber since its founding in 1801.

Cameron, 53, will succeed Rob Wonderling, a former Republican senator and chief software officer, who warned of the threat to economic growth from the city’s progressive wing. Wonderling has led the group since 2009 and told the group in 2019 that he would not be seeking re-election.

“Business is vital to the city, in terms of job creation and economic impact,” Cameron said in an interview.

Its membership mandate is to continue the Recharge & Recover Philadelphia initiative and reduce payroll taxes and the Business Income and Revenue Tax (BIRT), which imposes levies on profits and sales, forcing companies to pay even when they suffer losses.

The chamber believes the city’s tax system is broken and that a 10-15 year tax cut could pay for the cuts.

“Lowering taxes lowers the barrier to entry for new businesses,” said Bill Hankowsky, a member of the chamber’s board of directors and former CEO of Liberty Property Trust, which built Comcast Corp’s Center City towers. “Making Philadelphia a more attractive place to work [and] growth in the city’s payroll tax base will come from growth in the business base.

Cameron said: “We are working with the mayor, with the city council. It’s our time.

The chamber has also formed a united front with other business groups, including the African-American, Asian-American, and IBA-LGBTQ chambers. All are asking for tax cuts.

Cameron said the coalition “was the brainchild of Will Carter,” the House local government defense chief. “We believe this is the only such multi-chamber task force in the country.”

Cameron will step down from his municipal post on June 24 and take over as Speaker on July 11. Keith Brune, the airport’s chief operating officer, will become the airports’ interim CEO, Mayor Jim Kenney announced Thursday. Executive search firm Korn Ferry is under contract to find a replacement after Brune retires at the end of 2023.

Cameron became the airports CEO in 2016. Nearly 21,000 people worked at the city’s two main airports before the pandemic, and about 1,000 were city employees.

Today, the airports have 17,017 badged employees and approximately 600 are municipal employees.

Cameron grew up in Ligonier, Pennsylvania, a small town east of Pittsburgh. She graduated from the University of Notre Dame in 1990, funded in part by an Air Force ROTC scholarship.

Before moving to Philadelphia, she spent 13 years with the Metropolitan Washington Airports Authority and served seven years as an active duty Air Force officer and one year as a civilian employee of the Air Force. Air Force. Cameron has served at bases in Alabama and overseas in Turkey in the areas of budgeting, business support and logistics.

“I loved helping run a base, dealing with supply chain issues,” she said.

After earning an MBA, she took her first airport job at Washington Dulles International Airport in the finance department. “I had a boss there, Keith Meurlin, who supervised me. And he used to say, “It’s all about the passengers. He and I both had a military mindset – whether you’re cleaning the floors or holding the books, you’re part of a mission.

She always wanted to go back to Pennsylvania.

“I fell in love with this place. It’s gritty, real, and people tell you what they’re thinking,” she said. She and her husband bought a house in Girard Estates in South Philadelphia, where they still live.

Cameron joined PHL in 2011, first as deputy director of aviation, finance and administration, then as chief operating officer. When she became CEO, one of her goals was to “transform the customer experience”, a term that encompassed “my employees, other airport stakeholders and passengers”.

“I have a background in finance, it’s numbers, and so it was a new part of airport management thinking,” Cameron said.

She took on a new role as the travel industry grappled with the financial fallout from the pandemic. A leading trade group for US airports has elected Cameron as one of its top advocates to Congress and the Biden administration.

Cameron helped secure $17 billion in additional aid for commercial airports across the country, including PHL.

“At the end of the day, we think airports are important enough to communities to be able to justify spending the dollars,” she said at the time.

It costs almost a million dollars a day to operate the airport. PHL received $116 million under the CARES Act relief package passed by Congress, equivalent to approximately 3.5 months of operating costs. Airports across the country have received a total of $10 billion in CARES Act grants.

Under his leadership, PHL recorded record passenger volumes in 2019, with just over 33 million passengers passing through the airport.

Since then, Cameron has overseen the airport’s recovery from the pandemic closures, which began in the spring of 2020 and dealt a severe blow to the travel industry.

Under Cameron, PHL has embarked on an ambitious freight services expansion program that will develop more than one million square feet of freight buildings in the coming years. Officials said the completed project could generate $1 billion in annual economic impact.

The airport cargo project caught the attention of the Chamber of Commerce, which began its search in November and narrowed the field from 500 applicants to just 10, including Cameron.

“She has a strategic mindset,” said Sue Jacobson, chair of the chamber’s board of directors who formed the search committee for a new CEO. “It is an entity known and respected in the region and by the federal government. It was our “aha” moment.

Other business leaders said they looked forward to working with Cameron.

“As a city, we should emphasize the importance of investing in diverse businesses, which includes looking deeply into the effects of policies, such as tax reform and contractual requirements,” said Regina Hairston, president and CEO of the African American Chamber. of trade in PA, NJ & DE.

According to a 2020 report by the Economic League, the region experienced a 40% attrition rate among Black-owned businesses, which equates to a loss of 1,135 businesses, $993 million in regional revenue, 12 735 jobs and $345 million in salaries.

Specifically, Hairston said, the city needs tax reform that “relieves the burden on the growth of small businesses, especially black and brown businesses, which have been disproportionately impacted by the COVID-19 pandemic.” 19″.