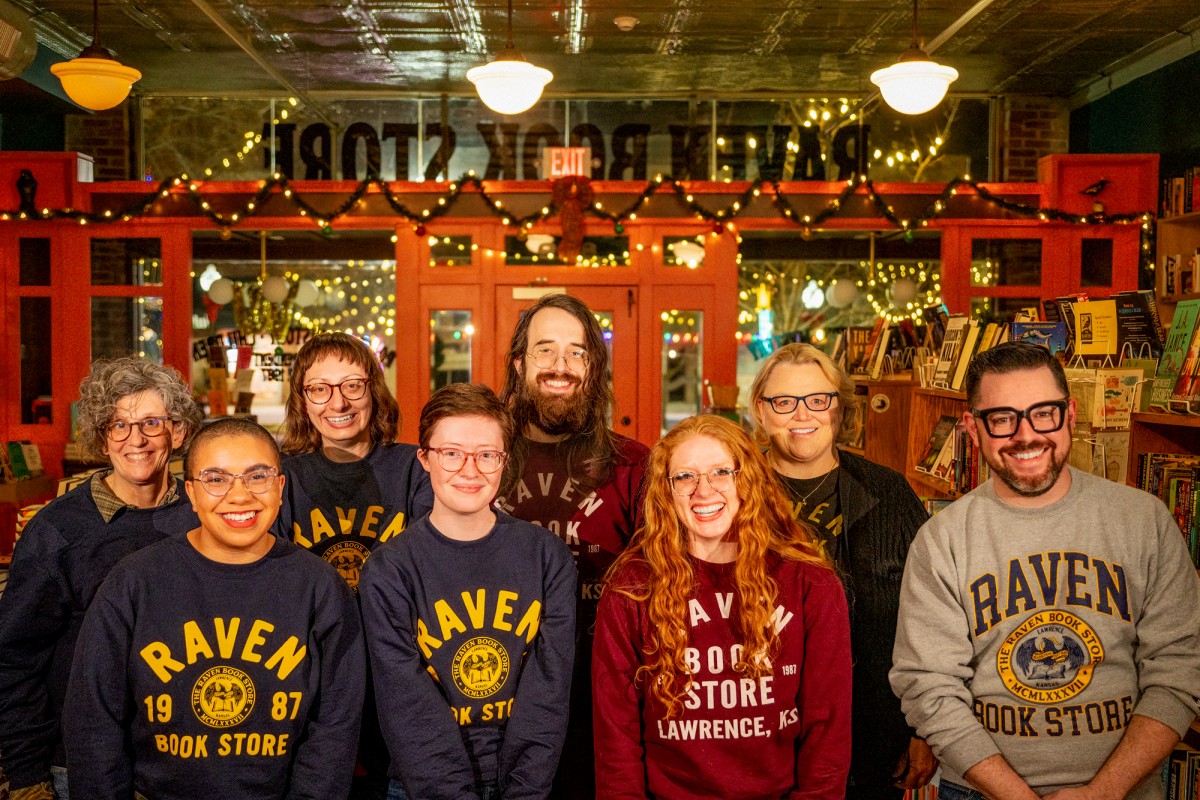 Raven’s BookstoreThe next chapter begins with new leadership. Danny Caine, co-owner of Lawrence Bookstore, sold half of the business to seven of his employees, dividing ownership with the people who run it day-to-day.

“These are the people who are at the core of the Raven,” Caine says. “They run a lot of the store at the executive level, or they’ve been here a long, long time. All eight of us have over 70 years of experience at the Raven, so that’s just a lot of institutional wisdom, and that’s the heart of the store, right there. It is not a building. It is not a collection of books. These are the people who have been working for more than 70 years, in total.

Caine says the team is a strong group to lead Raven Book Store into the future. It was inspired by a bookstore in Cambridge, Massaschuttsettes, called Porter Square Books, which underwent a similar management change a few years ago.

With the framework of an employee-owned company already established, Caine felt he should follow this model to improve both the Raven and the Lawrence. Selling 49% of the Raven was about giving the store to the dedicated people who care more than anyone. The sale was also made to diminish the idea that it is normal for retail and bookstore workers to be exploited.

“In retail in general, and also in the bookstore, there’s this reputation that I don’t agree with: that you do it for love,” Caine says. “It’s like, ‘You’re a bookseller; you will never make a lot of money. But it doesn’t matter because you get free books or meet authors. I didn’t like that. It seemed like a way to exploit the workers, and I wasn’t interested.

Those familiar with Caine’s work will not be surprised to hear his position. He published a book titled How to Resist Amazon and Why in 2019.

Effectively selling half of Raven Book Store to seven employees is a small step toward correcting a mindset instilled in generations of retail employees. These employees can have a future in the bookstore thanks to the change. Caine says five other stores have already reached out and he hopes there will be more.

“If it creates a domino effect, that’s wonderful. I think, nationally, workers should have more equity in their workplaces,” Caine says. “It should be easier to make a career in this industry. Working in retail for a small business doesn’t have to be seen as a place where you won’t make money or a dead-end job.

Caine says he’s confident the Raven will have a place in Lawrence for a long time to come thanks to the flexibility afforded by the decision. This team mentality is ingrained in Raven’s structure, which represents a radical departure from the usual “lone wolf” mindset found in many small businesses. Now Lawrence has a little corner of literature he can confidently retreat to.

“I believe a good bookstore can be the heart of a community,” says Caine. “Having a thriving and active bookstore in a community is really good on so many levels, from providing literary programs, to jobs, to donating books, to helping schools and libraries order books. .”