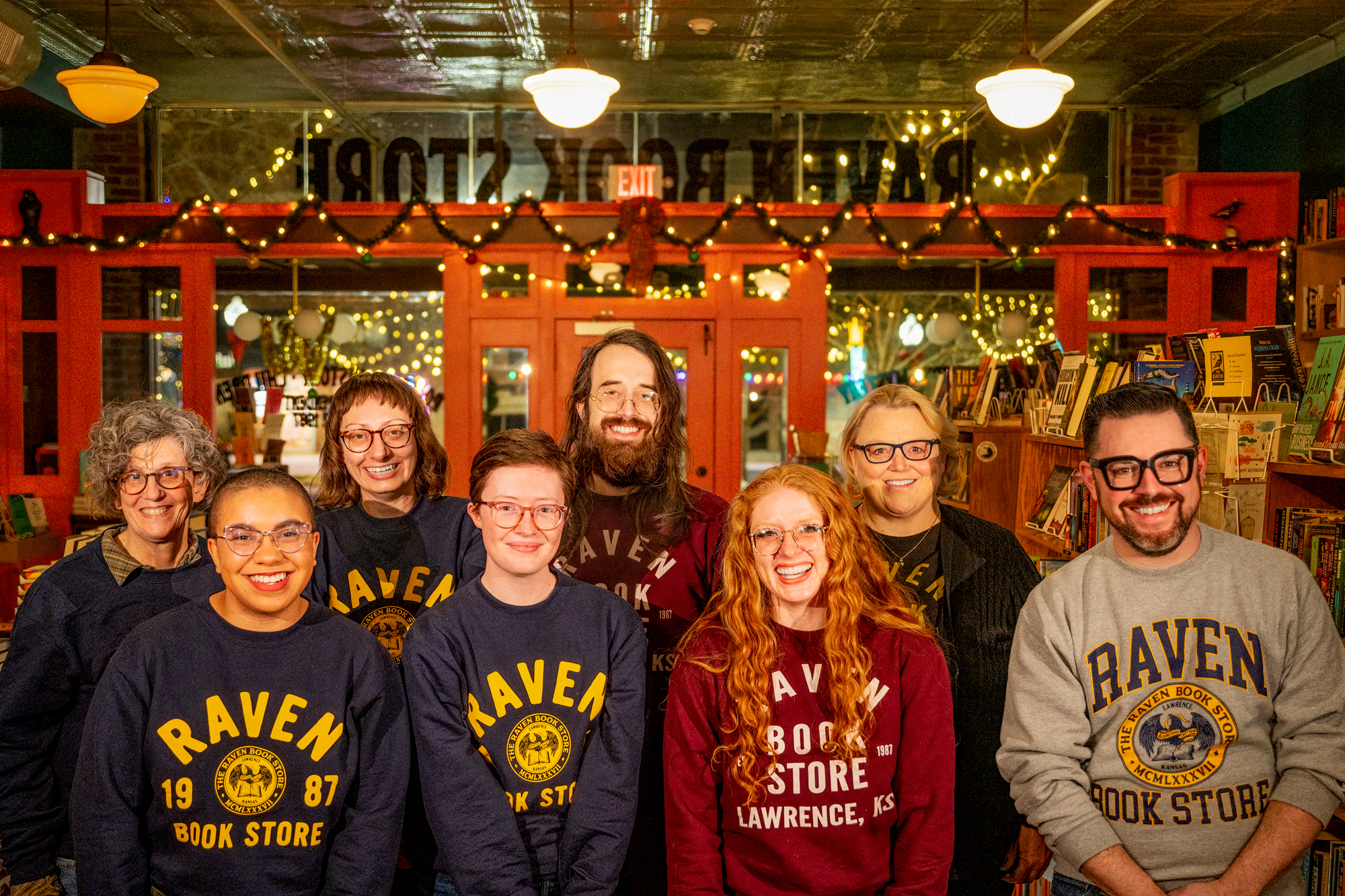 Danny Caine, 35-year-old owner of the Raven Book Store in Lawrence, Kansas, has sold 49% of the store’s stock to a group of seven Raven employees over the past five years. Each of the employees owns a 7% stake in the store, while Caine retains 51%. The transfer was finalized on January 1, with Caine loaning the new employee-owners the funds needed to purchase their investments, which will be repaid to him from future store profits.

“It seems like the right move,” Caine said, “I’m not sure there was a single moment of inspiration. I’ve been paying attention to bookstores that have alternative ownership models — like Buffalo Street Books in Ithaca, NY, which is a co-op, and Porter Square Books in Cambridge, Mass., of course, which is very close to what we’ve finished I’ve talked to David Sandberg at Porter Square a lot throughout this process and it was a very smart decision for them.

Caine noted that The Raven has undergone a number of changes over the past two years, such as a huge growth in online sales during the pandemic and a focus on publicly defending the sale of independent books, culminating in the Caine book in 2019, How to Resist Amazon and Why. The Raven also moved last spring to a 2,000 square foot space, twice the size of its previous location to better accommodate a shipping area for online sales.

“We moved to our new location and it was like a pivotal moment for The Raven,” Caine said. “I was thinking about the future and how to make sure the success we’ve found is sustainable and will last. I pitched the idea to some of our managers and store managers, and they were interested for “So am I. I’m still managing director. The duties don’t change, it’s just about giving key employees a literal stake in the business.”

Caine noted that he loaned the funds to the seven employee-owners to buy their shares to pave the way for booksellers on his staff who wanted to take their careers to the next level. “It’s so difficult, especially without money for a down payment, or a renovation or a construction, to reach the level of ownership,” he pointed out, “We designed this agreement to circumvent that. These people can move forward and make more money and take serious professional steps towards a bookstore career without a huge cash injection. I think it’s important for all of us.

Caine himself was a part-time employee of The Raven who had just finished college when he bought it from its former owner in 2017. The Raven was founded as a mystery specialty bookstore by Mary Lou Wright and Pat Kehde in downtown Lawrence, 40 miles. away from Kansas City, in 1987. It’s now a full-service general bookstore, considered an institution by locals.

“I never thought I’d be a business owner,” Wahlmeier Bracciano said, “But it’s so good to share this title with many of my closest friends. More so, like my sense of belonging to the store has grown over the past few years, it has now taken root and will support my passion for years to come.