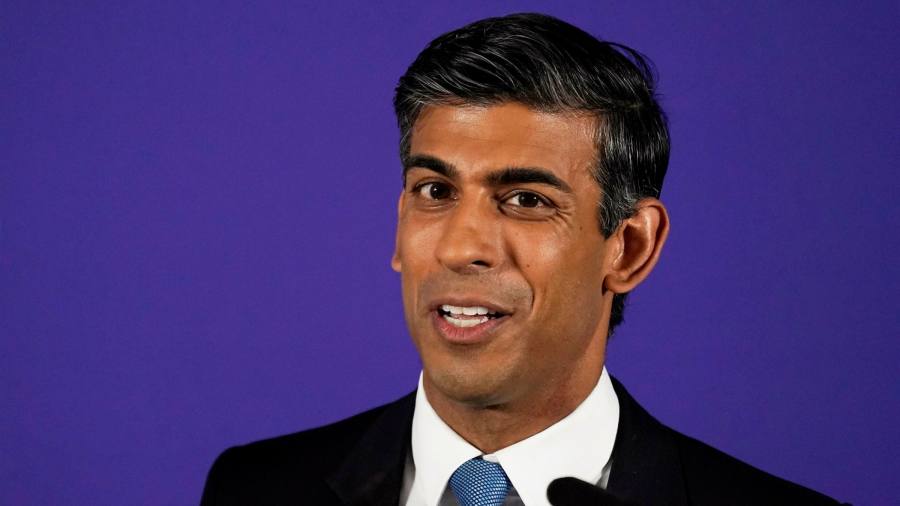 This article is an online version of our Inside Politics newsletter. Register here to receive the newsletter directly in your inbox every day of the week.

A poor run of results for Rishi Sunak yesterday: a less than adamant performance in the first round of Tory MPs and a dismaying poll of YouGov members. The second round of deputies today is decisive for him.

The only person in Westminster who had a worse Wednesday than Sunak was me: it was a disastrous day for my position short of Penny Mordaunt. More on these two topics below.

We don’t just walk on Mordaunt

Former Chancellor Rishi Sunak’s turnout in the first round of MP voting is, to say the least, not great for a frontrunner. His 88 MPs represent 24.6% of the parliamentary party, the worst performance by any first-round winner since the end of the old “magic circle” system of leader selection. Until 1964, conservative leaders emerged not through election, but through negotiation among party leaders.

As you will notice, neither Ken Clarke, nor Michael Portillo, nor David Davis won their leadership election. Of the candidates who have done so, only Boris Johnson – who faced 10 candidates in the first round in 2019 – had to defeat so many candidates as Sunak. But Johnson’s 114 votes are higher in percentage and absolute terms than Sunak’s.

More importantly, most Tory MPs are not at all concerned with the details of the size of the pitch. They look at a double-digit performance for Sunak, remember Boris Johnson (114) and Theresa May (165) hit triple digits in the first round of their leadership contests, and they start to wonder if there’s any blood in the water. .

To make matters worse for Sunak, a new YouGov membership poll shows his position among the membership has deteriorated sharply: he is losing heavily to all remaining candidates with a viable path to the ballot.

Add that to Penny Mordaunt’s very good performance. Almost every UK newspaper, including the FT UK edition, has a large picture of the Trade Minister on the front page this morning. And the mood among the Conservatives is feverish. Three Tory MPs I spoke to last night predicted Mordaunt heading to the top of the poll, while I spoke to a Sunak supporter who is considering shifting his vote to Mordaunt in today’s poll .

As George Parker, Jim Pickard, and Sebastian Payne explain in their account of yesterday’s events, the knives are now well and truly out for Mordaunt. (The absolutely marvelous quote that rounds out the piece is worth the price of admission alone.) It still has to navigate several TV debates and close scrutiny, but barring a damaging story or blunder, it should be treated as the favorite for the party leadership.

Readers with long memories may, at this point, ask “wait a second Stephen, didn’t you say there was a cap on Penny Mordaunt support?” And yes, I did, once or twice*.

But I had underestimated two things. The first is Sunak’s political weakness. His polling among Tory members is frankly horrendous, and there are enough Tory MPs whose first or second choice is Sunak or Tom Tugendhat, but who fear what they see as the absolute calamity of a victory for Truss or Badenoch.

In addition to Mordaunt’s ability to win the votes of the now-eliminated Jeremy Hunt or Tugendhat (who ran a very impressive leadership campaign but has limited room to expand his coalition further), she is well positioned to collect Sunak’s votes directly.

Tune in tomorrow, Friday July 15, at 1:00 p.m. BST to hear George Parker, Brexit editor Siona Jenkins, public policy editor Peter Foster and I discuss what lies ahead for Britain and the business after Boris Johnson. Register here to participate in the subscriber-only event.

I really appreciate the European Women’s Championship, which is taking place in England this year. There are still a few tickets available and there will be more once the group stages are over.

If you need a good, fun book to guide you on the journey to and from gambling, or just in general, I can wholeheartedly recommend Shalom Auslander. mother for dinner, a biting and funny satire on life, family and politics featuring the last cannibal-American family. I tweaked it on the trip back to Hackney from darker Brentford.

Inside Politics is edited by Georgina Quach. Follow Stéphane on Twitter @stephenkb and please send gossip, thoughts and comments to [email protected].

EuropeExpress — Your essential guide to what matters in Europe today. register here

Britain after Brexit – Keep up to date with the latest developments as the UK economy adjusts to life outside the EU. register here