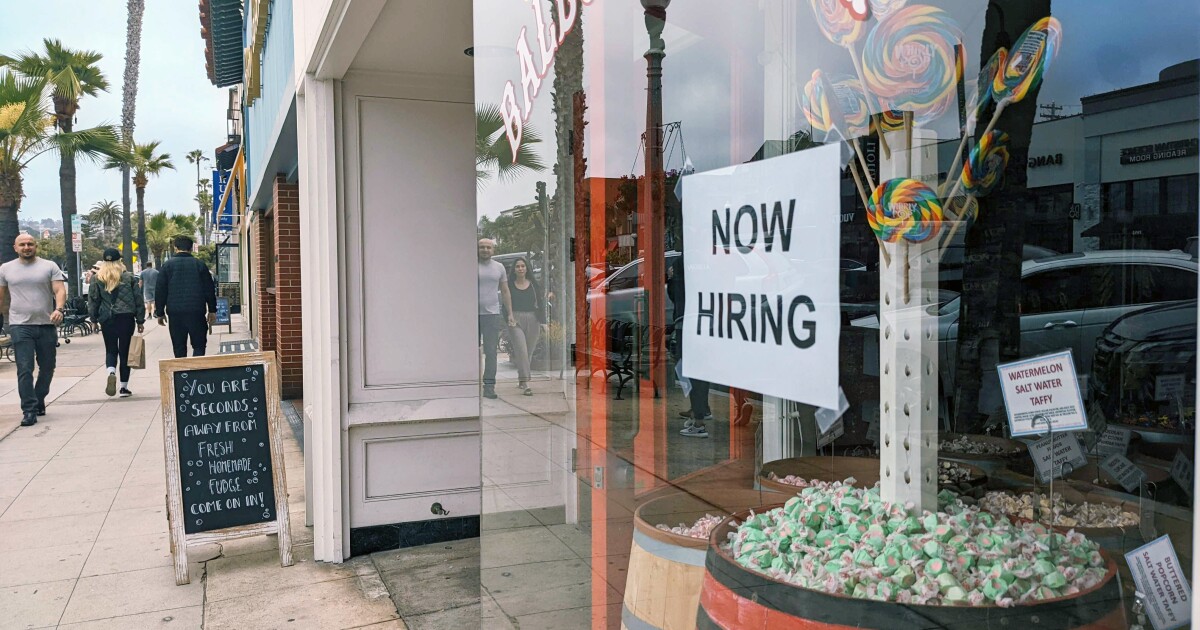 San Diego County’s unemployment rate fell to 2.7% in May from 3% in April, according to state figures released Friday. Employment Development Department.

Leisure and hospitality saw the largest month-over-month increase in payrolls, adding 3,200 jobs. Additions were mostly concentrated in accommodation and food services — up 2,000 — followed by arts, entertainment and recreation with 1,200 added.

All sectors posted year-over-year employment gains, except for manufacturing – which lost 800 jobs during the year – and mining and forestry, which are remained unchanged.

The Third Financial World War has begun; Global reset, Bretton Woods 3.0 are next