Last Wednesday, Prime Minister Mustafa Madbouli and Minister of Culture Ines Abdel-Dayem inaugurated the 52nd Cairo International Book Fair (30 June-15 July) at the Egypt International Exhibitions Centre (EIEC) in New Cairo. Held under the auspices of President Abdel-Fattah Al-Sisi, the fair is taking place in the summer instead of the winter as usual following a string of cancellations since the outbreak of Covid-19. The pandemic hit within two years of the first round of the fair to be held in its new, ultramodern venue in 2019 – a move marking its 50th anniversary.

The fair had been held at the Cairo International Fair Grounds in Nasr City, where it was dogged by administrative chaos and encroachment from outside the publishing industry in recent years, doubling as a working- to lower middle-class outing at the expense of book people. Many had opposed the move on the grounds that a new, remote location and the less  would reduce the number of visitors to the fair, but the 2019 attracted an unprecedented 2,666,000 visitors and made for a more efficient, better organised and most importantly book-focused event.

Held under the slogan “In reading there is life”, this year the fair brings together 1,218 publishers from 25 countries including Kuwait, Morocco, Bahrain, Palestine, the UK, Spain, Jordan, Lebanon, and Greece. It is housed in four spacious halls, but to ensure social distancing only 100,000 visitors were allowed in per day (the figure was raised to 140,000 on Monday. No launches or seminars are being held there, and many events are being organised online, a dedicated portal having gone live to that end. It provides tickets (the same person is allowed a maximum of four tickets on appropriately paced days) as well as online lectures and launches.

As usual, the General Egyptian Book Organisation has joined forces with the Cairo Transport Authority to provide buses to reach the location of the Book Fair from different locations around Cairo.

This is the first novel by the prolific literary and film critic Mahmoud Abdel-Shakour, author of, among other books, How to Watch a Film and Searching for a Knight: Mohamed Khan’s Cinema. It follows the love life of a journalist named Nadim, who falls virtually in love with Habiba, an online connection, and remembers his painful experience with the love of his life Youmna, a journalist at the newspaper where he used to work. Nadim describes how he joined the newspaper at a moment of despair, encouraged by the fact that it focused on economics, and after falling in love with Youmna wrote her a letter expressing his admiration for her column.

The story is told in the third person but includes extensive stream of consciousness sections, and the protagonist emerges as a kind of observer of life. Neither Youmna nor Habiba agrees to have an actual relationship with him. But, drawing on The Ring of the Dove, Ibn Hazm’s famous treatise on love, his discourse raises serious and complicated questions about pain and passion, and how necessary vulnerability is to art. Al-Bashar wal Sahali is a collection of ten short stories, beautifully illustrated by Amr Al-Kafrawi. It combines myth with reality to depict the endless struggle between human and animal in a seemingly primitive village. Every story features a different beast.

“The Boar: Adonis Returns to the Palace” is set in a village where boars are cursed. Only Copts can cook boar meat while Muslims are disgusted even by the smell. A boy from a Muslim home dreams of tasting the meat. He tells his schoolmate and secret sweetheart Maha the story of Adonis and the boar so as to convince her father, Zarif to accompany him to the Palace of the Boars.

In another story, a blessed child who knows he will become a prophet at 40 (the age of prophecy in Islam) must decide on an animal symbol like all other prophets, and he chooses the lizard because it possesses a sacred key to heaven. 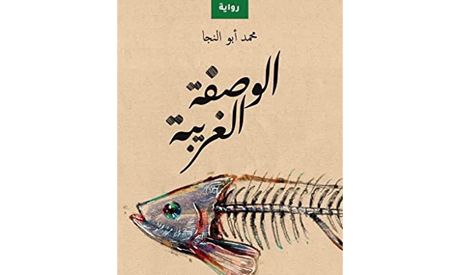 This is the second novel by the young Egyptian author Mohamed Abul-Naga, following his 2016 debut, Al-Barouny. It opens with an epigraph from Karl Marx: “Human history is the history of looking for food.” With chapters headed by year numbers, each opening with a kind of recipe, it tells the story of a displaced Nubian family searching for water and food who encounter a strange girl. She emerges from a cave of decaying bodies. She is the only survivor among her people, and it is thanks to the fact that she can live without food. The story is about death, difference and fate, and it puts a new spin on ancient and perennial themes. The winner of the International Prize for Arabic Fiction (IPAF, or the “Arabic Booker”) this year, this book is set between Jordan and Moscow over the period 1947-2019. Its protagonist Ibrahim is a schizophrenic bibliophile who owns a small kiosk selling books in Jordan. He lives with his brother who has a tendency to go missing.

After a seven-month disappearance Ibrahim’s brother returns to hang himself in the kitchen. His kiosk ends up being removed, he loses his source of income and ends up on the street. Ibrahim begins to imitate the lives of his books’ heroes. A voice in his head directs him to avenge his brother’s death by killing all those he hated, including neighbours and friends.

The book, which doubles as a critique of capitalism and injustice, takes the form of notebooks with multiple narrators.

Born in 1970, Barjas is the head of the Jordanian Narrative Laboratory and hosts a radio programme, House of the Novel. His short story “The Earthquakes” (2012) won the Jordanian Rukus Ibn Zaʼid ʻUzayzi Prize. Dreamer’s Guillotine (2013) won the Jordanian Rifqa Doudin Prize for Narrative Creativity in 2014, and Snakes of Hell won the 2015 Katara Prize for the Arabic Novel, in the unpublished novel category, and was published by Katara in 2016. His third novel Women of the Five Senses (2017) was on the IPAF long list in 2019. 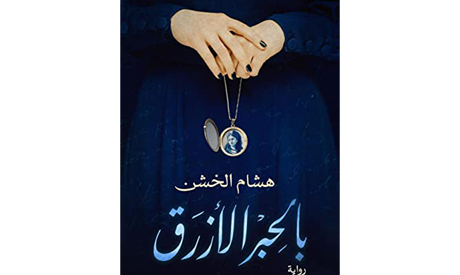 This novel opens with an excerpt from the diaries of Sydney Boyd, a secret agent who, posing as a journalist, sets out to meet an old British woman who spent most of her life in Egypt, Lydia Stone. Stone was a nanny who joined the palace of the Egyptian prince Mustafa Bahgat Fadel, and wrote letters to a man named Henry all through 1869-1914; her story is juxtaposed with that of Nazli Fadel, the founder of a cultural salon in Egypt and, following her sister moving to Tunisia with her husband, another salon in Tunis.

Set in London, Constantinople, Paris and Cairo, the book brings to life a number of real-life historical characters, imagining how they lived and experienced the period.

Born in 1963, Hisham Al-Khashin studied engineering but started his career as a writer in 2010 when he published his first collection of short stories, Hekayat Masriya Gedan (Very Egyptian Tales). His novels include Ma Waraa Al-Abwab (Behind Doors), 7 Days in Tahrir (both in 2011), Grafit (2014), Hadatha fi Berlin (It Happened in Berlin, 2018) and Shelet Libon (Libon Group, 2020). Set at the end of the 19th century in the Ethiopian city of Harar while Arthur Rimbaud (1854-1891) was there, this is the story of how Rimbaud meets Almaz, a secretly Christian khat seller who agrees to visit him daily to teach him Arabic on the understanding that he would teach her French. Almaz falls in love with Rimbaud, who remains of oblivious. But she never stops searching his private papers for any mention of her. At one point a man whose love for her is unreciprocated makes an appearance at one point, confronting Rimbaud.

Born in 1976 in the city of Massawa on the Red Sea coast, Haji Jabir is Doha-based Eritrean writer. He has published four previous novels: Samrawit (2012), which won the Sharjah Award for Arab Creativity; Fatma’s Harbour (2013); The Spindle Game (2015), longlisted for the 2016 Sheikh Zayed Book Award; and Black Foam (2018), which won of the Katara Novel Prize in 2019 and was longlisted for the International Prize for Arabic Fiction (Arabic Booker). This is a collection of seven short stories that vary greatly in length. The title story is the first, and it involves the hanging of a rapist in a notorious real-life case. Ranging widely from the Cairo suburb of Maadi to Stuttgart, where a Syrian refugee tells her story, these largely real-life narratives capture the grotesque and the lyrical in ordinary situations.

Born in 1969, and based in Edmonton, Canada since 2010, Yasser Abdel-Latif writes poetry, short stories and novellas, and translates from several different languages. Two of his books, the novella, Qanoun Al-Weratha (The Law of Inheritance) and the short story collection Younis Fi Ahshaa Al-Hout (Jonah in the Belly of the Whale) won the Sawiris prize. This novel, the latest by Ezzat Al-Qamhawi, traces the lives of a number of different characters brought together by the accident of living or working in the same building. Their tales of love and fear have only the flimsiest connection to each other, but through setting and mood they manage to create a whole. They include an aging gynaecologist who falls from a young woman, and a historian who gives up his practice as the pandemic hits.

Born in 1961, Al-Qamhawi graduated from Cairo University’s Faculty of Mass Communication in 1983. He has published 14 books, most recently the novel Ma Raah Sami Yacoub (What Sami Yacoub Saw, 2019) and the creative nonfiction book Ghorfet Al-Mosafereen (Passengers’ Room, 2020). He won the Naguib Mahfouz Medal for Literature for his Beit Al-Deeb (House of the Wolf) in 2012. 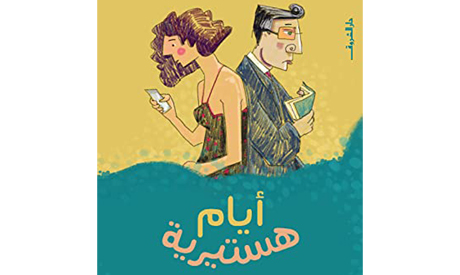 The hero of this book, Nabil, is a famous author in his late fifties, divorced, and suffering from a trauma following a house fire which he braved alone. His fear of solitude drives to marry Nesma, a selfish woman and sedatives addict in her forties. Through this seemingly simple situation, the author tackles countless of existential questions about love, death, and human relations. Eight years after his last collection of poems Montasaf Al-Hougrat (In the Middle of Rooms), the poet Ahmed Yamani comes back with a new collection of 89 poems that use the theme of love to address such topics as growing old, longing for home and finding spiritual fulfilment.

Based in Spain since 2001, Yamani was born in 1970 in Cairo, and graduated from Cairo University in 1992; he eaerned his PhD in Arabic philology from Complutense University in Madrid.

In 2010, he was among the 40 best Arab writers under 40 chosen for the Hay Festival Beirut39 festival.

*A version of this article appears in print in the 8 July, 2021 edition of Al-Ahram Weekly

Previous With Kuba Kings and Kehinde, a painter rises above the fray