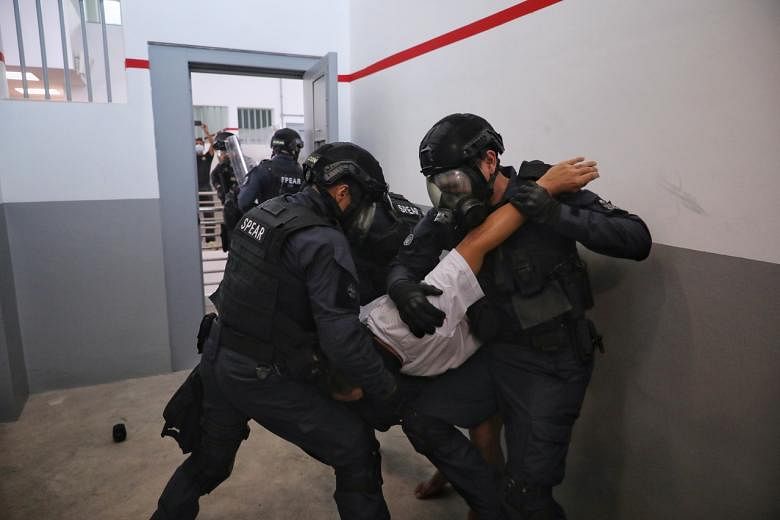 SINGAPORE – The rate of assaults in prisons here rose in 2019 and has hovered around the same level ever since, statistics released by the Singapore Prison Service (SPS) revealed on Wednesday (February 9).

These cases include any attack on prison officers or assaults on fellow prisoners in which the victim sustains serious injuries.

Speaking to the media on Tuesday, the SPS’s director of communications and corporate relations, Rafidah Suparman, said the rate of assaults in Singapore prisons remains low compared to its overseas counterparts, which can vary between 120 and 600 per 10,000 detainees each year.

The SPS said it had taken preventive measures to reduce cases of violence in prisons.

This includes teaching restorative practices to inmates who are involved in conflict or violence, encouraging them to take responsibility for their behavior, learn from the incident, and take action to repair the harm.

Restorative practices are also proactively taught to inmates to develop healthy norms in interpersonal interactions to prevent such incidents.

Sergeant Muhammad Hashnul Nizam Hassan, personal supervisor at the SPS, has seen the practices help resolve a dispute and prevent a fight from happening again.

In 2017, he responded to an incident where an inmate assaulted another inmate who spoke to him in a way he didn’t like. The two inmates were friends.

Sergeant Hashnul spoke to the victim, with whom he had previously worked, about some of his goals of being a changed man after his release from prison.

“He talked about giving others a chance, about forgiving others because that’s what he wants for himself when he’s released back into society. He said he would give the assailant,” Sargent Hashnul said.