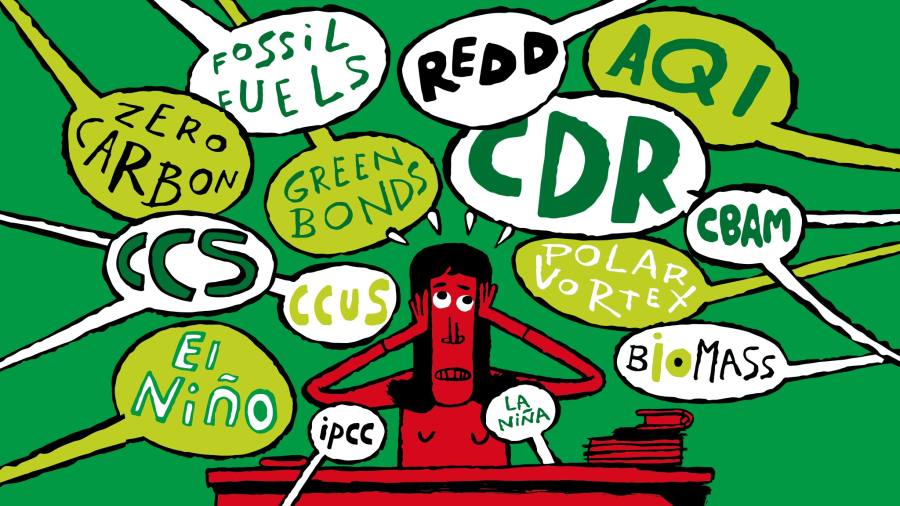 Just over a week ago, the United Nations made an announcement that drew scathing criticism from a climate journalist named Megan Darby.

“Forbid the UN to name things. I’m serious,” Darby wrote, after the UN launched an anti-money laundering unit it called the “High Level Panel on Net Zero Emissions Commitments by Non-State Entities,” or HLEG for short.

It had to be a favorite for the award for the worst jargon of 2022, said Darby, editor of the UK site Climate Home News. She also added: “Has there ever been a low-level expert group?

Her scolding brightened my day, not just because she was fair and late. It was also a reminder that while we all love to hate lingo, some of it is beyond laughable and actively harmful.

I’m guilty of dwelling on the comedic stuff – the basic skills to take advantage of the paradigm shifts that infect corporate life. Not to mention the annoying acronyms and abbreviations that turn the simplest message into indecipherable drivel.

The peculiarity of this type of professional jargon is that, for insiders, it has advantages. It can foster a sense of belonging and act as a convenient shortcut that facilitates quick conversation with co-workers. Studies show that corporate gibberish in particular can make us feel superior, which is one of the reasons it persists.

But there is no excuse for jargon that obstructs understanding of an issue as vital as climate change, as another more important UN document reminded me last week.

Monday’s report by the UN’s Intergovernmental Panel on Climate Change, the most authoritative source of global climate knowledge, was a wreck.

It was ridiculously long, at over 2,900 pages, and even its shorter 64-page executive summary was full of phrases like this:

I think that means it makes economic sense to do more to prevent climate change from getting worse, because we’ll be spending less on things like cleaning up after floods or protecting power lines from wildfires .

There were far worse examples, so much so that on the day the report came out, the Associated Press helpfully republished a guide to climate change jargon.

It was written by Wändi Bruine de Bruin, a professor at the University of Southern California who co-authored a recent study showing that Americans are often confused by the words used by climate experts.

This includes two of the most common terms: adaptation and mitigation.

For experts, “adapting” means making changes to cope with the effects of climate change. “Mitigation” means preventing climate change from getting worse.

But the study found that some people think adaptation refers to evolutionary changes in nature or books adapted for movies. Others think the costs are mitigated, not the climate change. Even the term “emissions” of greenhouse gases is confusing: it makes some people think of exhaust emissions, which are different.

The IPCC reports are particularly problematic because they are written at the university level and many adults in the United States and Europe read at the 12 or 13 year old level. A typical IPCC report page therefore scores dismal in readability tests. (Alas, the same tests show that some of my own climate reports are less than ideal.)

I don’t blame the IPCC for its confusing documents. Its massive assessments are the ultimate in committee decision-making, collated over months by hundreds of scientists supported by a small UN secretariat.

When I first looked at the secretariat’s annual budget, in 2013, I found it to be $9.3 million, which is roughly what the English county of Cumbria spent on fix the potholes in 2012. His latest budget is still under $10 million and, as wonderful as it would be if he had an army of people who could make his reports more readable, that’s not not the case.

Still, the good news is that the study of Bruine de Bruin is progressing.

“We were contacted by climate scientists and climate journalists who wanted to improve the way they report on climate change,” she told me last week. It’s good news. Here’s hoping we eventually find a way to mitigate hard-to-cut expert emissions before they reach a tipping point beyond which there’s no turning back.

Whether you are the boss, the assistant or on the way up, we are shaking up the way the world works. This is the podcast about working differently.

Join host Isabel Berwick every Wednesday for expert analysis and discussion on workplace trends, the big ideas shaping work today, and the old habits we need to break.