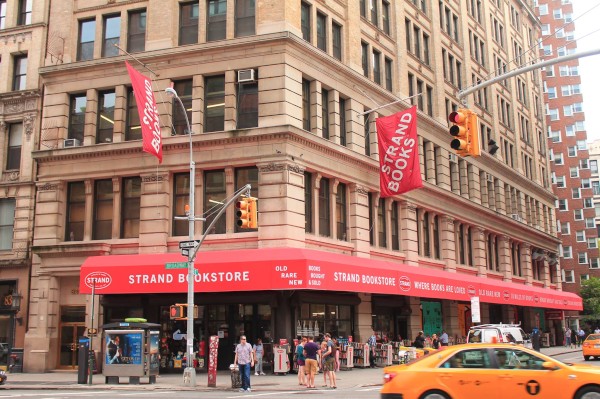 The Strand Book Store union has strongly denounced the layoff of 12 booksellers who were only recently rehired after massive layoffs in the first weeks of the coronavirus outbreak in March. In a statement released by UAW Local 2179, the booksellers targeted owner Nancy Bass-Wyden, accusing her of a “long-standing model of blind disregard for the physical, mental and financial well-being of his employees “.

188 Strand booksellers were laid off in March, including 170 union members, but when the iconic New York bookstore reopened to in-store purchases on June 22, the union said, Bass-Wyden rehired more than 30 union workers. . According to the union, that number rose to 45 on July 6, but a day later, a dozen newly-returned employees were asked to pack their bags.

“We were honestly too optimistic about the reopening. We wanted to welcome back our community and our booksellers, but the harsh reality is that foot traffic is non-existent, “Wyden wrote in an email to TP. “We had to cut our hours and refocus our energy on our website to drive sales. “

The layoffs are part of a growing rift that has widened in recent months amid disclosures that provide insight into Bass-Wyden’s personal and business financial decisions. Documents filed by Bass-Wyden’s husband, Senator Ron Wyden (D-OR), revealed that she had purchased more than $ 115,000 of Amazon shares in April and May. The disclosure surprised many, spilling even into a larger discussion among booksellers about conflict of interest at the American Booksellers Association’s annual forum last month.

Recently leaked Wage Protection Plan loan information provided by the Small Business Administration shows the bookstore has also received government assistance of $ 1 million to $ 2 million. In its statement, the union deduced that the bookstore overestimated the number of employees who remained on the payroll in its SBA claim. The Strand did not comment on the number of dismissed employees, and the union’s claim regarding staffing levels could not be independently confirmed.

For its part, the union maintains that “Bass-Wyden’s actions demonstrate his refusal to face the new reality that exists in New York and the United States.” Bass-Wyden argues otherwise, saying she remains focused on keeping the store afloat through an unprecedented set of challenges. “We hope our community will continue to support us,” she said, “and keep New York’s independent bookstores alive.”

A second-hand bookstore will open in August