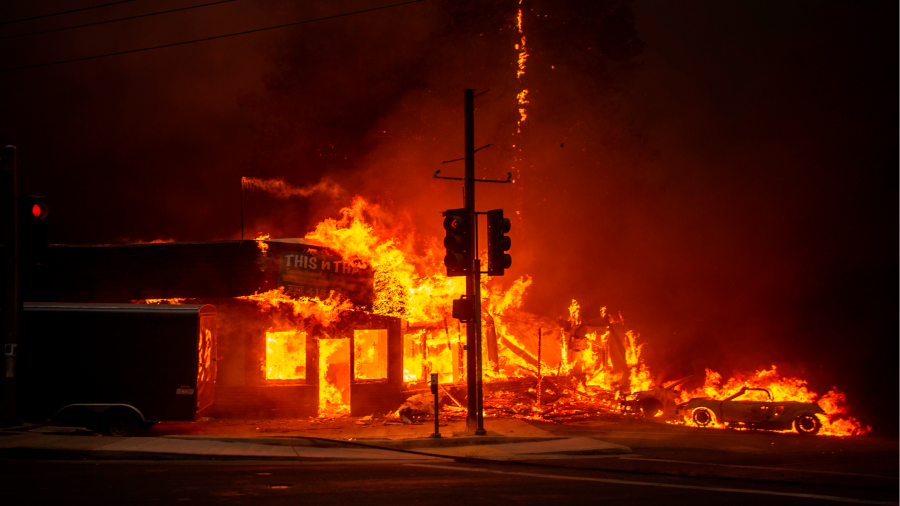 Books often seek to entice you with a solid hook. california burning rather starts with a bad one. A century old and made of steel, it snapped clean off the side of a transmission tower in 2018. The high-voltage cable it supported fell, providing the spark for the Camp Fire, the name twee of a record breaking fire. He destroyed the town of Paradise and killed at least 84 people.

The question of how this hook, which cost 56 cents when purchased in 1919, was able to go so long without maintenance or inspection, is the starting point of Katherine Blunt’s engaging dissection of Pacific Gas & Electric, the largest state energy supplier.

Distilling the myriad factors that explain why California continues to burn so fiercely is not a simple goal. Arguments made range from the simplistically ignorant – like Donald Trump’s suggestion that California simply needs to “rake” forest floors to stop wildfires – to the desperate: climate change means such disasters are inevitable and policymakers politicians are almost powerless to do anything without a global strategy. take action to reduce carbon emissions.

Blunt, a reporter for the Wall Street Journal, does not go to any of these extremes. Clearly, the Paradise tragedy had as much to do with human incompetence and greed as it did with climate change or lack of forest management. Blunt tells a maddening story where, more often than not, customers foot the bill. Some have paid the ultimate price. 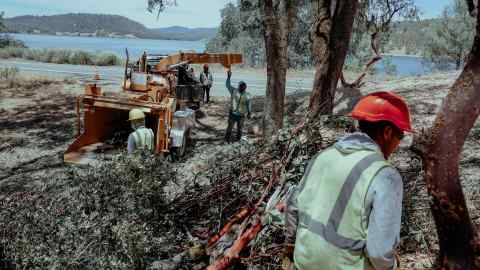 In an effort likely designed to broaden the book’s appeal to readers outside of California, Blunt posits that PG&E’s troubles are a harbinger for other custodians of critical energy infrastructure in the United States, particularly as climate change pressures increase.

However, these themes are only briefly explored. But not worth it. Readers may not have heard of PG&E, which, with a market value of $31 billion, is far from the biggest energy player in the country. But his story comes in a recognizable and irresistible form: juicy backroom deals, Wall Street leeches, hapless politicians. All that’s missing is a reward – for the shame.

While the wildfires have been the cause of some of the most negative headlines in recent years involving PG&E, Blunt takes the time to explore the group’s other failures, such as the deadly explosions from leaking gas pipelines. After an incident attributed to poor welding left unchecked for more than 50 years, regulators asked PG&E how many pipelines could be at risk from the problem. “God knows,” was the reply.

It’s a recurring theme: a staggering lack of data on the sprawling utility’s operations – the state of its power lines, transmission pylons, pipes or even its trucks. The company knew next to nothing about itself and for a while had little or no interest in finding out. Records were missing, not scanned, or incorrect and incomplete. Inspections were left to those who were incentivized not to find anything wrong.

The book delves into the contractual and political details that created the conditions for everything to go so wrong. It’s dense in places, but Blunt keeps its storytelling fresh with great in-room backdrops. Some of the most entertaining exchanges take place in the halls of power of the California state government, with an atmosphere reminiscent of HBO. Thread. During a clash over PG&E’s severe budget shortfall, a Democratic state senator tosses a crumpled dollar bill at Gray Davis, telling the beleaguered California governor, “The blame stops with you.”

Davis argued that the buck actually ended with PG&E, but the public thought otherwise, blaming Davis for the blackouts that hit millions of Californians in 2000 and 2001. Davis would be recalled and replaced by Arnold Schwarzenegger. The former bodybuilder and movie star is one of the few leaders who comes out right in this tale, pioneering renewable energy policies that would lead the world.

But even good policies have had bad consequences. Schwarzenegger’s rallying cry to quickly move PG&E into renewables meant a diminished focus on the critical parts of the utility’s existing business, namely the task of maintaining the safety and reliability of its electrical infrastructure.

What Blunt ultimately reveals is an environment in which customer needs and security played second fiddle to shareholder gain. No big surprise, one might say. But california burning most completely puts the meat on the bone, told with a style that is reminiscent The smartest guys in the roomon the collapse of Enron, or on that of Ida Tarbell History of the Standard Oil Companyhelped reduce the power of John D Rockefeller.

Today, PG&E is in the midst of an effort to bury 10,000 miles of wiring underground, as part of a resiliency program that in 2022 alone will cost $5.96 billion. The company – now out of its second bankruptcy – insists it has turned over a new leaf with Patricia Poppe, its chief executive.

While this is an utterly devastating and scathing assessment of PG&E, the utility couldn’t accuse Blunt of not giving it a fair shake – the company’s fortunes sometimes seem cursed and the task of unfathomable turnaround. Yet for millions of Californians, it’s the only option: a company too big to fail, and perhaps too broken to fix.

California Burning: The Fall of Pacific Gas and Electric – and What It Means for the US Electric Grid by Katherine Blunt Portfolio, $29, 368 pages

Dave Lee is the FT’s correspondent in San Francisco