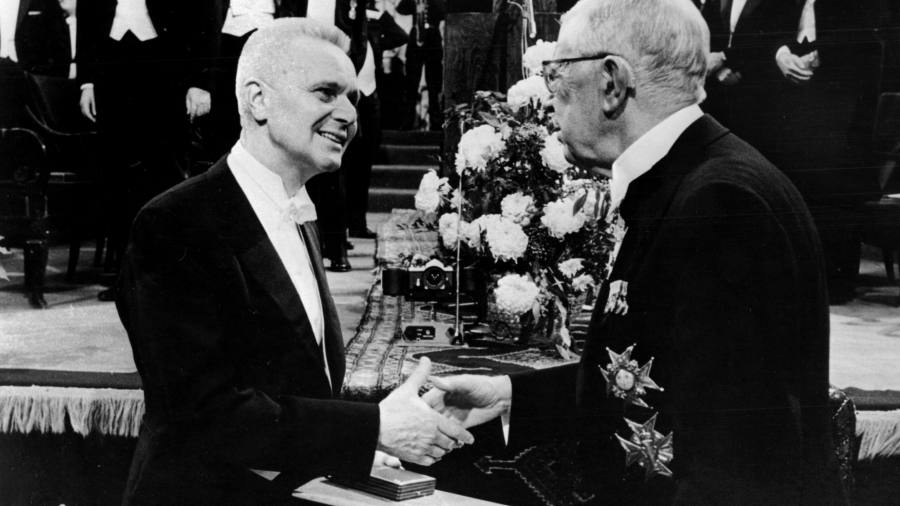 Dutch economist Jan Tinbergen’s name is immortalized in the rule that every student of economics must – and every policymaker should – learn: you need a political tool for every political goal you’re trying to achieve.

Tinbergen’s rule is useful to keep in mind as the EU prepares to reform its fiscal rules, informally known as the Stability and Growth Pact. In its current form, the pact has no instruments to target growth (unless you count limited suspensions of the rules). Indeed, private and public investment bottomed out in the last decade, when European policy was mainly driven heavily by fiscal discipline.

Conversely, the pact contains too many instruments aimed at “stability”. Even the most hawkish eurozone finance ministers have complained that it is too complex. And “stability” is a misnomer; The pact’s tools can limit public borrowing but they do not guarantee stability, as the experiences of Spain and Ireland in the eurozone sovereign debt crisis have shown.

Until recently, EU leaders were at an impasse between highly indebted states and “frugal” states, but the movement is now accelerating. Governments have published informal position papers. When finance ministers met in Prague this month, I was told their shadow boxing around reform had become “less shadow and more boxing”. They expect a detailed reform proposal from Brussels next month.

Why is the momentum for rule reform building now? One of the reasons, paradoxically, is their current suspension. The “general safeguard clause” was first triggered during the pandemic, then extended after Vladimir Putin’s assault on Ukraine. When governments start planning their 2024 budgets next year, they will need to know which rulebook to fall back to.

They are more and more in agreement on what it should be. The tragic clarity of Putin’s intentions and his willingness to weaponize gas has focused Europe’s attention on geopolitical security in general and energy security in particular. The need to invest more – in advanced technologies to gain “strategic autonomy” and in digital and decarbonized infrastructures for energy independence – has moved from a long-term aspiration to an immediate security imperative.

This sense of urgency has produced impressive agreement that the rules must encourage investment in European public goods such as defense capabilities, power generation and energy transport. Even the German government insists on the need to invest.

The security imperative has also reconfigured politics. The northern flank of the EU, made up of small liberal states, has traditionally been the toughest on security and budget issues. Putin’s belligerence has made it clear that one cannot be belligerent on both at the same time. They have largely, and wisely, decided to prioritize geopolitical warmongering. The result is a much more constructive stance on fiscal policy, including surprising new constellations such as a joint Dutch-Spanish stance.

This raises two questions. First, will Germany play the ball? The answer is probably yes. He has been more flexible, from his coalition government program last year to his statement of principles for reform this summer. No longer protected by the ultra-hawkish Northern States group, he is likely to go further.

Second, will the reforms be enough? Here, the answer is probably no. The likely compromise will retain the overall legal structure of the rules while changing their substance. There is a lot of support for replacing structural deficit targets with public spending trajectories, and nascent agreement on tailoring debt reduction for each country. These are improvements, but they hardly constitute instruments dedicated — à la Tinbergen — to reviving growth or even investment.

But an optimal result is not on the cards. Hopefully, imperfect but more country-specific rules will improve political dynamics. Many capitals argue that greater national input into how the rules apply and a greater effort to agree on what counts as good public spending would increase compliance. This could create incentives to prioritize investments that benefit the EU as a whole.

In all of this, the experience of the EU recovery fund will count enormously. If the countries’ deployment of pooled resources is seen as a success, this will build confidence and make fiscal settlement more growth-friendly. Failure to follow agreed milestones, not to mention rule of law failures, will do the opposite. Rules, often a substitute for trust, depend in this case on whether they will work.