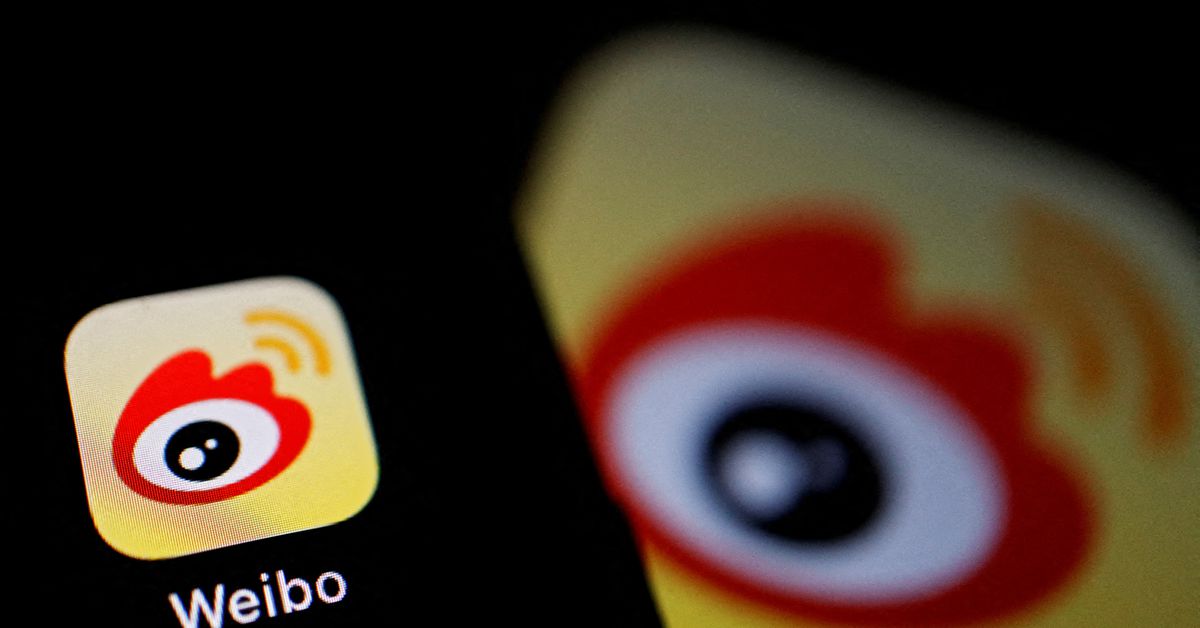 The logo of Chinese social media app Weibo is seen displayed on a mobile phone in this illustrative photo taken December 7, 2021. REUTERS/Florence Lo

BEIJING, Jan 13 (Reuters) – A prominent Chinese economist has been banned from posting on social media platform Weibo after sparking controversy over suggestions the central bank has set up a “fertility fund” $314 billion to encourage people to have more babies.

The Weibo account of Ren Zeping, former chief economist of indebted real estate giant China Evergrande Group (3333.HK), where he has 3.6 million followers, contains a notice that “due to violations of related laws and regulations, the user is currently prohibited from publication.”

He did not specify which particular law or regulation he was deemed to have broken. The birth rate in the most populous country in the world has worried authorities for generations.

The ban, imposed on Wednesday, will last two weeks, according to the state-run Securities Times newspaper, citing unidentified sources.

Ren published two essays this week suggesting that the “most pragmatic and effective” way to boost China’s plummeting birth rate would be for the central bank to print 2 trillion yuan ($314 billion) for a fertility funds to be distributed in the form of monthly cash payments for each child.

Ren wrote that if the central bank followed his suggestion, China could add 50 million births over the next decade, pushing its birth rate above replacement rate and preventing a decline in the overall population.

Ren did not immediately respond to a request for comment.

For decades, China has imposed a strict “one-child” policy to limit population growth.

The birth rate in 2020 fell to a record low of 8.52 births per 1,000 people, or less than 1%, according to official statistics last November and in May the government announced that married couples could have up to to three children with the aim of increasing births. .

Ren’s essays, originally posted on his WeChat account and reposted on Weibo where they sparked much discussion, were no longer available on any of the platforms on Thursday.

His WeChat account, however, remains active despite not posting anything new after the Weibo ban. The Securities Times also reported that the Weibo ban did not apply to other social media platforms.

Accustomed to controversy, Ren began his career as an economist with the research department of China’s State Council, or cabinet. He became famous for accurately predicting the peak and crash of the Chinese stock market in 2015.