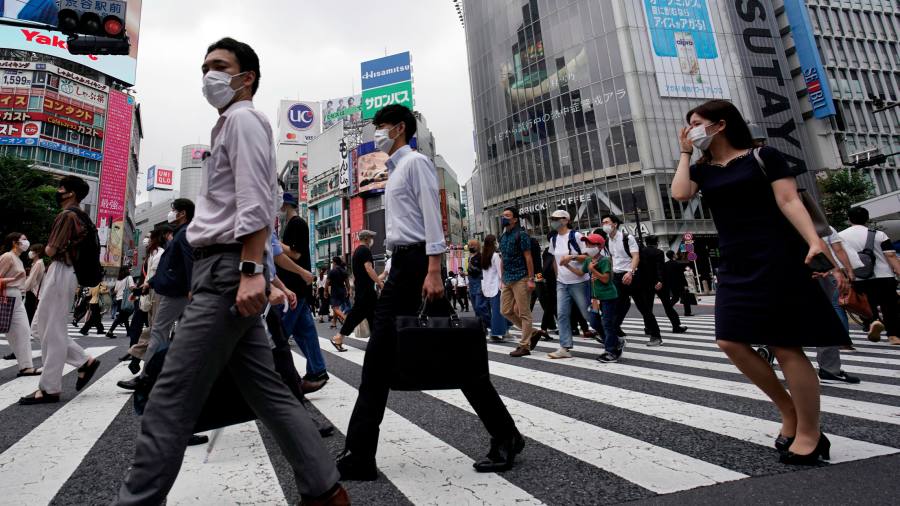 Currency markets are moving in the direction of maximum pain. I learned this idea from a hedge fund manager who bet against the pound 30 years ago thinking the UK would be forced out of the European exchange rate mechanism.

Japan is now close to its pain point. While a parabolic breakout from current levels of around ¥148 against the USD towards ¥155-60 is still possible, the balance of risk is now asymmetric. In my opinion, by this time next year, the yen is on course to rally to ¥115/120.

Why? This is because global and Japanese business leaders are starting to invest in Japan. The price signal sent by ¥140-150 is just too strong.

The purchase in Japan has now started. The real question is no longer when the buying will start – leading companies like robot maker Yokogawa Electric, cosmetics group Shiseido and global tech leader Google have recently announced major plans to investment. The question is whether Prime Minister Fumio Kishida will seize this unique opportunity. If, as I suspect, it helps bolster a surge of foreign investment through a pro-growth and deregulation agenda, Japan’s growth potential is about to increase.

Already, the weak yen and inflation have started to tackle Japan’s main structural problem: too many zombie firms. About one in 10 companies in Japan have been unable to pay their debt service charges from current profits for three consecutive years. This is where Kishida’s promise of a new capitalism could have real meaning. He has the power to offer “sayonara” to the zombies of Japan for good.

Since the end of the economic bubble in the early 1990s, Japan has provided more or less free capital in an effort to shield local businesses from the forces of asset deflation, technology-induced disruptions, rising costs of capital and other forces of creative destruction. . About 80% of Japanese zombies have taken on more debt under pandemic support programs.

These companies weigh on the industry, macroeconomic performance, productivity and financial returns. They have been protected for far too long by the appreciation of the yen which has lowered the true costs of doing business.

What does this have to do with the yen? Well, if global investment in Japan starts to pick up, that’s a potential source of demand for the currency. However, in the end, it will always be Japanese investors who hold the key to the yen’s fortunes. Japan is, after all, the largest creditor country in the world.

Over the past few decades, Japanese investors have underinvested in their own markets. This will only change if and when domestic companies present credible business strategies. Clearly, domestic investors do not believe in Japan Inc’s current value proposition. This is why half of Japanese companies are trading below the book value of their assets. Investors believe assets are underutilized and undersweated.

The currency price signal triggers increased competition for Japan’s most valuable resource: human capital. At the current exchange rate, a brain drain has begun. Nurses are increasingly reluctant to seek their fortunes in what has become a low-wage, low-potential career destination. Engineers leave, either poached by global companies expanding their local presence or emigrating.

And the risk of accelerating brain drain is the starting point of maximum pain for Japan. The weaker the yen, the more likely top Japanese talent is to move. This, in turn, will force business leaders to fundamentally rethink their strategies. For example, the new chief executive of NTT – one of the most unionized companies in Japan – is now introducing pay-for-performance, a radical departure from the post-war seniority-based culture.

If the depreciation of the yen stimulates such changes, it will not only have done its job, but it will reverse very quickly as Japanese investors see real potential in the domestic economy and corporate sector. If combined with foreign investment, this could be an incredible force for future prosperity. I know that’s a big if, but let’s give optimism a chance. Either way, a wave of new foreign investment has begun.